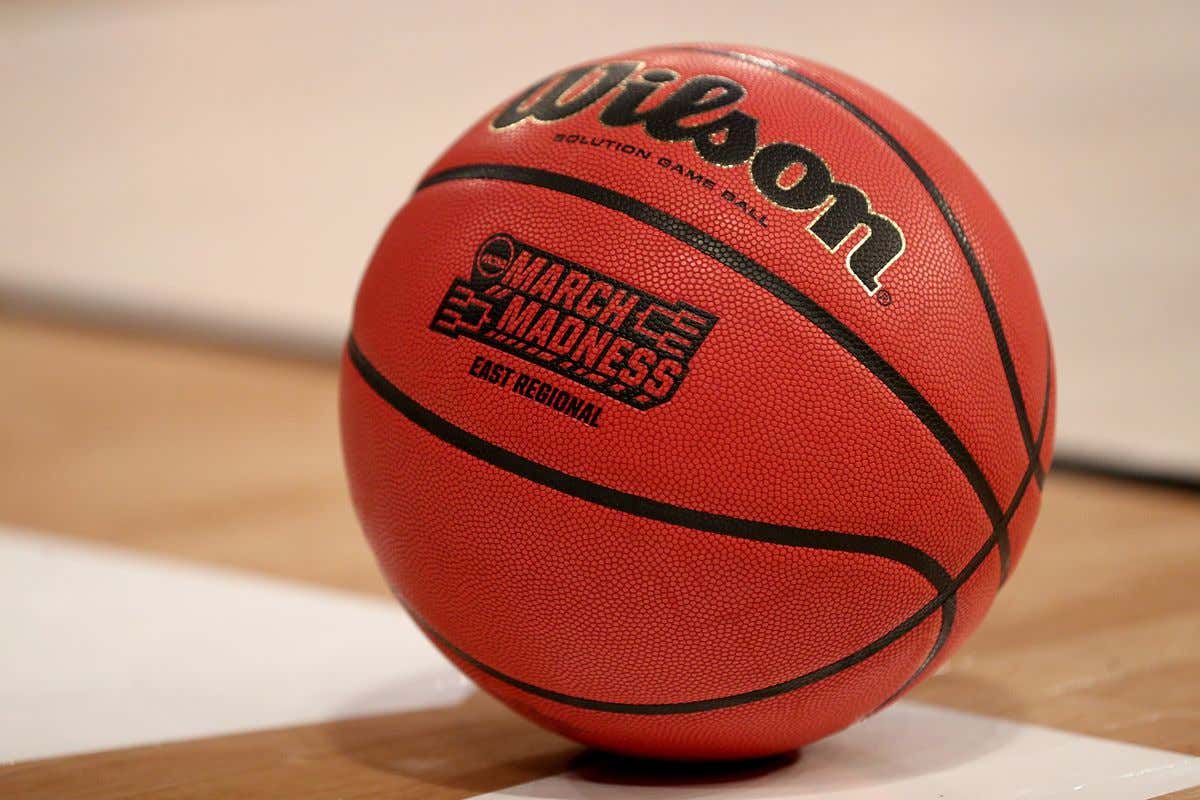 [Yahoo] - Documents and bank records obtained in discovery during the federal investigation into the underbelly of college basketball detail in meticulous fashion the expenditures of prominent former NBA agent Andy Miller, his former associate Christian Dawkins and his agency, ASM Sports. They include expense reports and balance sheets that list cash advances, as well as entertainment and travel expenses for high school and college prospects and their families.

Yahoo Sports viewed hundreds of pages of documents from the years-long probe that had federal authorities monitoring multiple targets and intercepting more than 4,000 calls across 330 days, providing a clear-eyed view into the pervasive nature of the game’s underground economy.

While three criminal cases tied to the investigation may take years to play out, the documents viewed by Yahoo revealed the extent of the potential NCAA ramifications from the case. The documents show an underground recruiting operation that could create NCAA rules issues – both current and retroactive – for at least 20 Division I basketball programs and more than 25 players.

Well, we have our first big time break in the college basketball corruption and pay for play situation. Yahoo did all the reporting and came up with a spreadsheet showing a list of players who received payment from Andy Miller’s ASM Sports agency. The report goes into great detail on the payments, loans and recruiting strategy to get players to join his agency. Now, there’s a key here. The report doesn’t link schools to the agency. Most of these payments are to parents or dinners or plane tickets. This is a little different than what we saw earlier in terms of funneling payment through an assistant coach to get a player to commit. That’s important to remember going forward.

As for coaches, Chris Mack was the only one to offer a quote from a coaches standpoint:

“I have no relationship with Andy Miller or any of his associates. He plays no role in the recruitment of potential student athletes on Xavier’s behalf. Beyond that, our staff has never created a path for him to foster a relationship with any of our student-athletes while enrolled at Xavier. Any suggestion that I or anyone on my staff utilized Andy Miller to provide even the slightest of financial benefits to a Xavier student-athlete is grossly misinformed. We are prepared to cooperate with any and all investigations at any level.”

So who are some of the names listed? We have current players Miles Bridges, Kevin Knox, Wendell Carter and Collin Sexton. Then there are players like Bam Adebayo, Dennis Smith, Markelle Fultz, Kyle Lowry, Kyle Kuzma, Josh Jackson, Fred VanVleet and even all the way back to Brendan Haywood.

But, while this seems huge. It’s really not a whole lot in terms of groundbreaking stuff. The current players – Bridges’ mom allegedly received $400, according to an expense report filed by Dawkins, while Bridges’ parents had a meal with Dawkins listed at $70.05. Even Kevin Knox and Collin Sexton are only listed as having meals paid for. Then there’s quote from Stu Brown:

“There’s nothing wrong with meeting with an agent,” said Atlanta-based lawyer Stu Brown, a veteran of representing schools and coaches in NCAA compliance cases. “But then it becomes a question of who pays for the meal.”

Now in terms of immediate response? The dollar amounts listed for current players isn’t extremely high, meaning there’s a good chance we see them play this year. It could be sitting out a game while repaying the dollar amount to restore eligibility. Personally, I’d like to see every current player listed here play and dare the NCAA to punish every single school that does this, because quite frankly we’re talking about nothing here. Getting a few meals paid for and a plane ticket isn’t cheating – not when you look at college basketball as a whole and really just the NCAA. Force the organization to do something.

Speaking of the NCAA here’s a response from Mark Emmert: 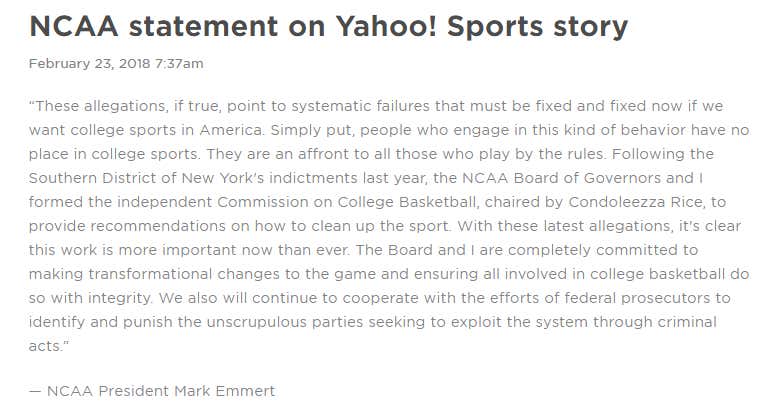 Quite frankly, Emmert can get the hell out of my face with this comment. It’s hilarious to see a guy like Emmert and the NCAA use the word integrity in this situation when the NCAA is arguably the most corrupt organization in sports. How about instead of ‘punishing’ the unscrupulous parties to exploit the system, you fix the system. That should be step number 1 instead of using a rulebook from the 1950s.

I encourage you to read the report. There’s a lot there, but this isn’t nearly the groundbreaking thing that everyone expected. This isn’t going to be the report that takes down college basketball. There’s a million more things out there and a bunch larger than this, the question is if we and the NCAA ever see those. There could even be an argument that some of these numbers aren’t factual and stretched a bit by Christian Dawkins on his expense report. Here is one of the more important things to remember:

All in all, this is still a sit and wait and see situation. We’ll see what happens with the current players this weekend.