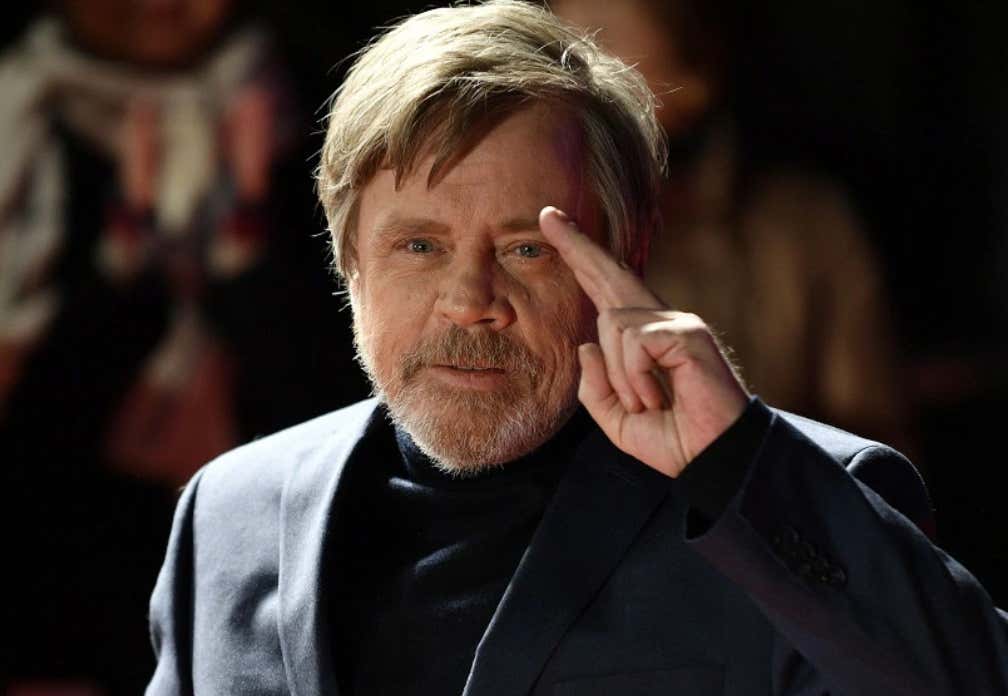 Variety- Mark Hamill, who rose to fame as Luke Skywalker in the “Star Wars” series, will receive a star on the Hollywood Walk of Fame on March 8.

Hamill will receive the 2,630th star on the Hollywood Walk of Fame, with the ceremony taking place at 6834 Hollywood Boulevard in front of the El Capitan Theatre at 11:30 a.m. “Star Wars” creator George Lucas and Hamill’s co-star Harrison Ford will help emcee with Leron Gubler, president and CEO of the Hollywood Chamber of Commerce.

“‘Star Wars’ fans will be over the moon that hearing their idol Mark Hamill is going to be honored with a star on the Hollywood Walk of Fame. We are proud to add this extraordinary actor on our historic Walk of Fame,” said Ana Martinez, producer of the Walk of Fame ceremonies, in a statement.

We’ve got some GREAT news out of Variety here that really took me by surprise. I’m super happy for my best friend Mark obviously, as this is a very cool honor, but I was just stunned that he didn’t already have a star on the Walk of Fame. I mean, he’s Luke Skywalker. There aren’t many roles more iconic than that one. It’s the crème de la crème as they say in France.

His resume doesn’t just stop there, either. Mark Hamill is The Joker, and when I say that, I’m pronouncing “The” like this…“Thee”. That’s right. Hit ‘em with a “Thee”. Not to take ANYTHING away from the phenomenal actors that have donned the purple coat and green hair as the Clown Prince Of Crime in the past, but when I read a comic book featuring Batman’s greatest enemy, Hamill’s voice is the one I hear in my head ONE HUNDRED PERCENT of the time. He’s realistically one of the most accomplished voice actors of our generation beyond playing The Joker as well, so this star is a gigantic no-brainer…and you know what? I’m gonna be in Los Angeles for the ceremony. I’m flying out. If your best friend was getting immortalized forever on the Walk of Fame, wouldn’t you? I feel like that’s the kind of stuff friends are for.

See ya in LA buddy.