Huh? Underdogs? First off, the Yankees have a $200+ million payroll. That would be like the great nation of America, who has a military budget bigger than every other nation on Earth – COMBINED –
claiming North Korea would be favorited in a dick swinging contest. Not to mention THEY MADE THE FREAKING ALCS LAST SEASON. That should be enough to warrant a realistic stance. Oh, and they added Giancarlo Stanton, the NL MVP and arguably the greatest masher in the game who may launch 80 dingers in the short porch that is Yankee Stadium. Plus it’s a little difficult to claim you’re among the downtrodden when you’re literally among the World Series favorites (via oddshark): 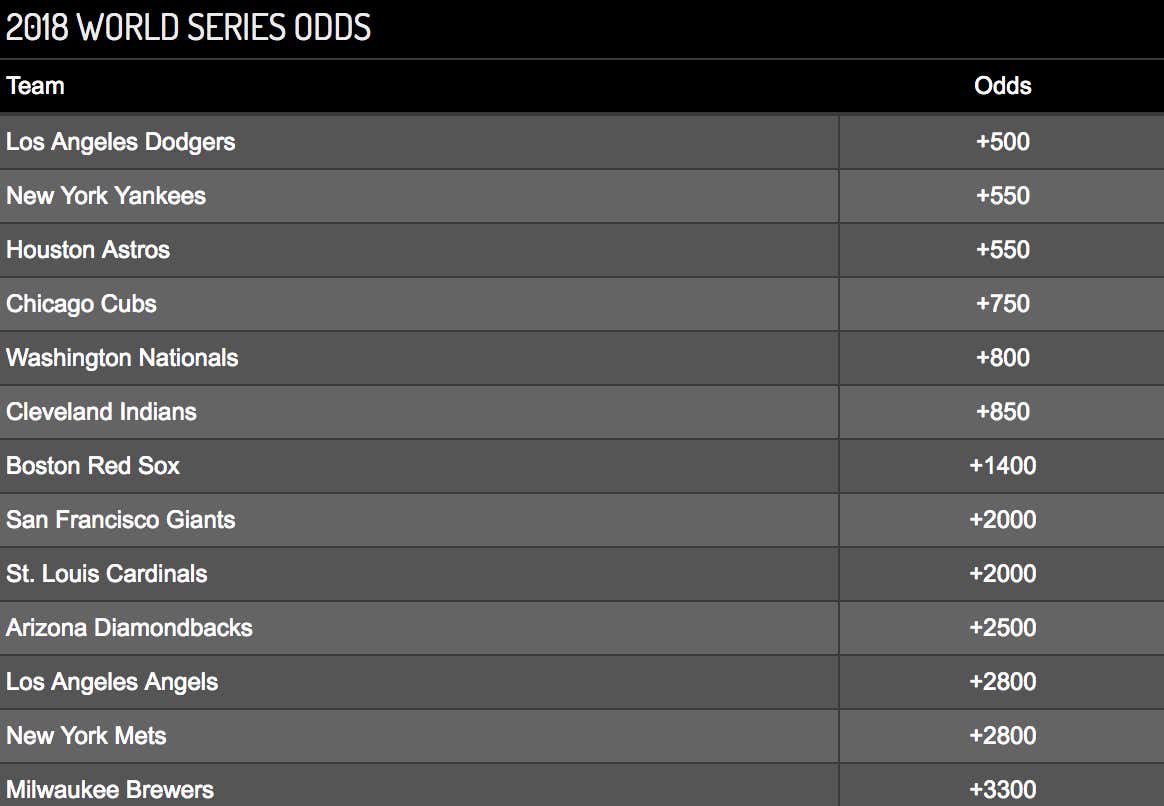 Unbelievable. I understand this is the NYDN creating their propaganda, but whatever. Hey, Guidos, stick to what you know best. Nobody is trying to steal your blowouts and chains. Leave the creativity to the rest of us.

And then there’s this coming out of the 2018 Texas Rangers camp:

Be original, one time people. Make America Great Again. Again. For the third time. Hungry dogs run the fastest when their the hungriest, and the underdogs have been fed all the bones already. The only fake hungry ones left are pretenders who are going to starve to death. Deal with it.