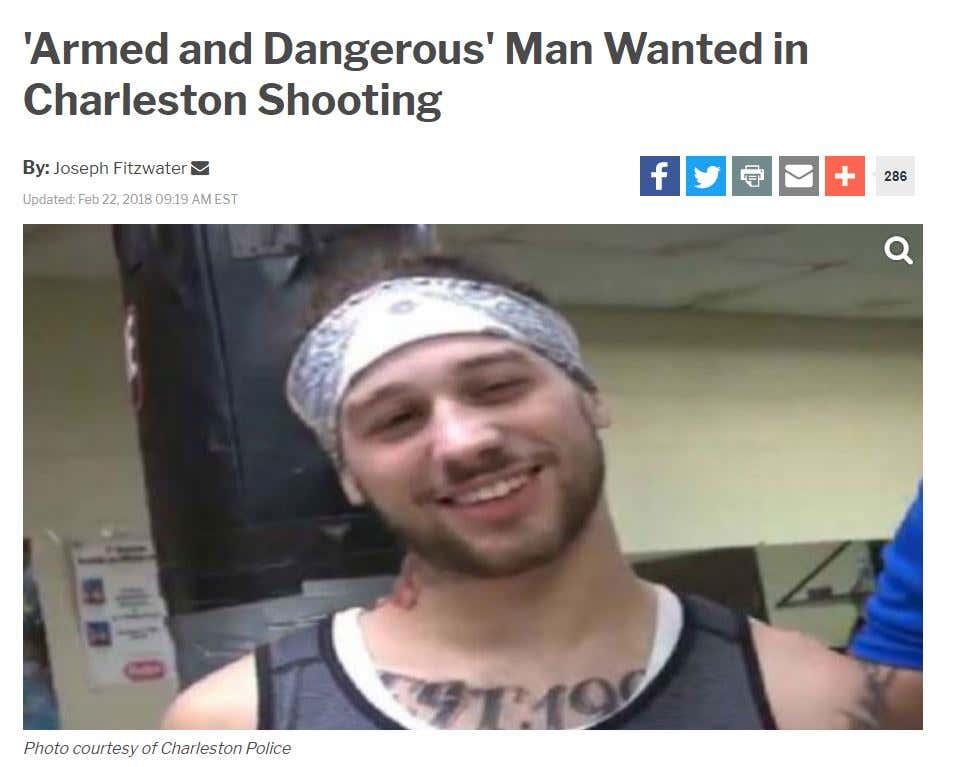 KANAWHA COUNTY, WV (WOWK) - A man considered armed and dangerous is wanted following a shooting in Kanawha County. According to a release from Charleston Police, at around 10 p.m. Wednesday, Christopher Shane Slater, 26, of Sissonville, was dropped off at Thomas Hospital in South Charleston with a non-life threatening gunshot wound to his back. Slater stated that he and three females went to the Vandalia Apartments on Dorchester Road in Charleston to purchase drugs.m While inside Slater’s vehicle, Christopher Bennett, 24, of Charleston, attempted to rob at gunpoint one of the females, 27-year-old Elizabeth Barnett, of St. Albans. During the robbery, Bennett shot Slater in the back. Bennett is wanted for 1st degree robbery and malicious wounding and is considered armed and dangerous.

People think Rough N Rowdy is a joke? That it’s all fun and games? Not so fast my friend. Tex’s first opponent from Rough N Rowdy 1 is currently on the loose and considered armed and dangerous after he shot somebody in the back in drug deal gone bad. Hell that could have been me who got shot that time we almost had a brawl at the airport. Looks like I dodged a bullet no pun intended but totally intended.