So there are dangles, and then there’s what Jocelyne Lamoureux pulled off last night to lead Team USA to their first gold medal since the first time women’s hockey was first introduced to the Olympics in 1998. By now I’m sure you’ve watched it at least a hundred times. Little shoulder/head fake, forehand > backhand > and then the edge work and hands to be able to pull that back to the forehand so goddamn smoothly. Legend has it that to this day, the Canadian goalie is still trying to catch up to this move. 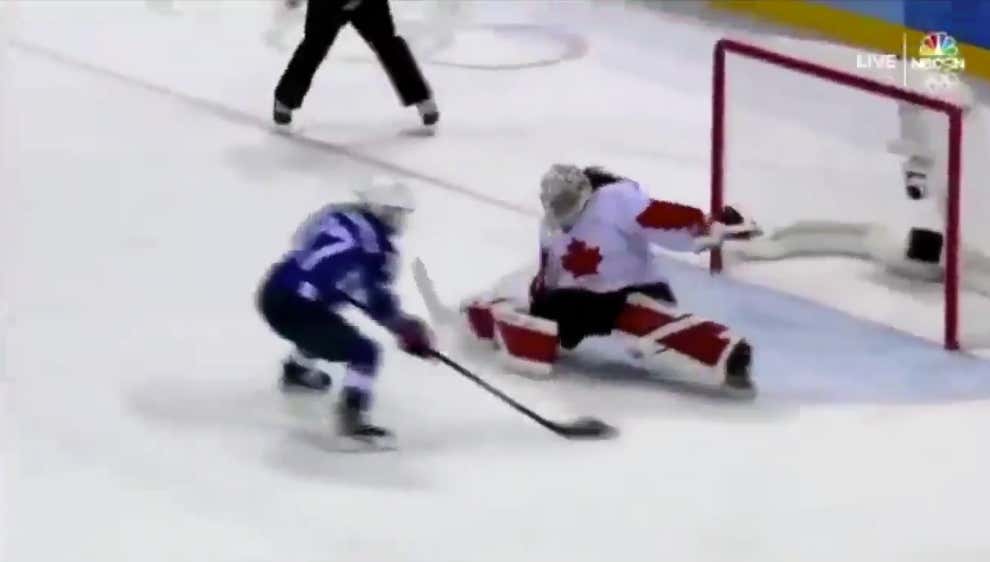 So now the biggest question I’m left with is when am I going to stop watching this move on repeat? I thought it would be maybe after a few hours or so. At the very latest, maybe I’d get over it by tomorrow afternoon at some point. But after hearing it with the Mighty Ducks theme going in the back, I’m actually a little worried that I may end up watching this on a constant loop for the rest of time.

Only thing sweeter than that move was getting to watch the Canadians have to wear silver for the first time in 20 years.

Like I said the other day, the US Women’s Hockey Team is undefeated in gold medal games that are played in Asian nations as long as we can all agree that Sochi is Europe and not technically Asia. Nagano in 1998 and now Pyeongchang in 2018. Meanwhile, the Canadians have never won an Olympic gold medal game that is hosted in an Asian nation. So yeah, that’s a great sign as we now start to look forward to Beijing in 2022.