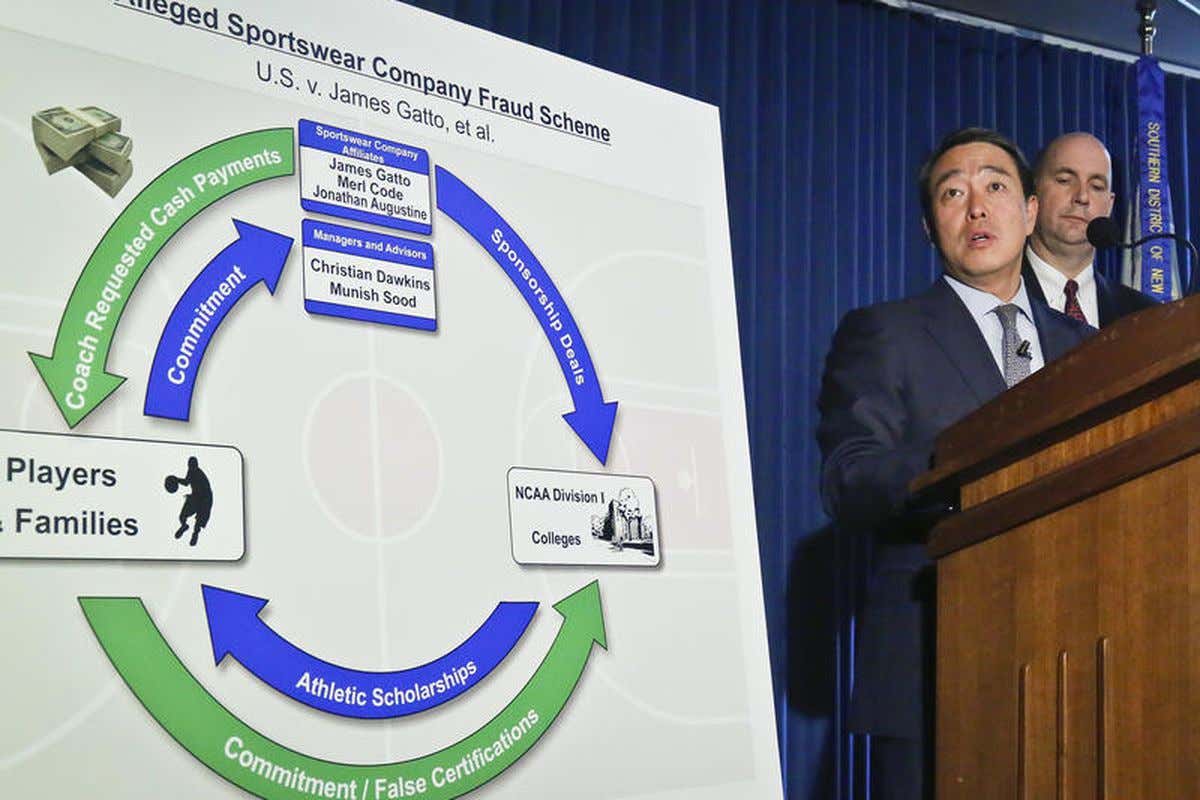 [Yahoo] - Financial records, documents and wiretaps tied to prominent former NBA agent Andy Miller and featuring his former associate, Christian Dawkins, have provided a detailed window for authorities into how the college basketball underworld operated, sources with knowledge of the ongoing federal investigation have told Yahoo Sports in recent days.

Sources familiar with the probe told Yahoo Sports that there’s a surprising level of specificity in the documents, bank records and wiretaps involving Miller’s business. They include exact dollar figures and intricate documentation of payments to the families of college players. There are also conversations brokering deals between Dawkins and the clients he was recruiting.

“There are spreadsheets detailing who got paid, how much they got paid and how much more they were planning to pay,” said a source familiar with the investigation. “The feds got everything they wanted and much more. Don’t think it will only be players who ended up signing with ASM that got paid. Those spreadsheets cast a wide net throughout college basketball. If your school produced a first-round pick in the past three years, be worried.”

Well, this could be the big thing that ultimately takes down the NCAA and college basketball as we know it. The biggest question here will be is if the NCAA ever sees these documents and spreadsheets. That’s the biggest thing to remember while reading the report by Yahoo. The FBI doesn’t have to turn this stuff over to the NCAA and during the initial press conference, the FBI said they weren’t interested in changing the NCAA, they were only worried about the corruption charges.

But, this is the first major new report to where we are starting to get somewhere. There were reports of up to 36 programs that could be in serious trouble and that half of the teams named during the top-16 reveal show would eventually have to vacate their NCAA Tournament trip, that wasn’t necessarily groundbreaking. This however is different. The fact there are detailed spreadsheets and documents that show dollar amounts, families, players and more could be quite damning if the NCAA gets its hand on it.

The line that sticks out though is ‘if your school produced a first-round pick in the past three years, be worried.’ A quick research tells me that there are 37 different schools that had a player drafted in the first round the last three years. Those schools range from Kentucky, Duke and UNC to Georgia State, Washington and St. Joe’s. Either way it’s a big time number to look at through all the speculation.

If the NCAA ever gets their hands on these documents and details, I don’t know what to expect. Will the NCAA really punish every single program and essentially cancel a season of college basketball with some of these names? Will this be the thing that completely changes how the NCAA operates? Again, no one really has an idea of this, but just something to ponder.