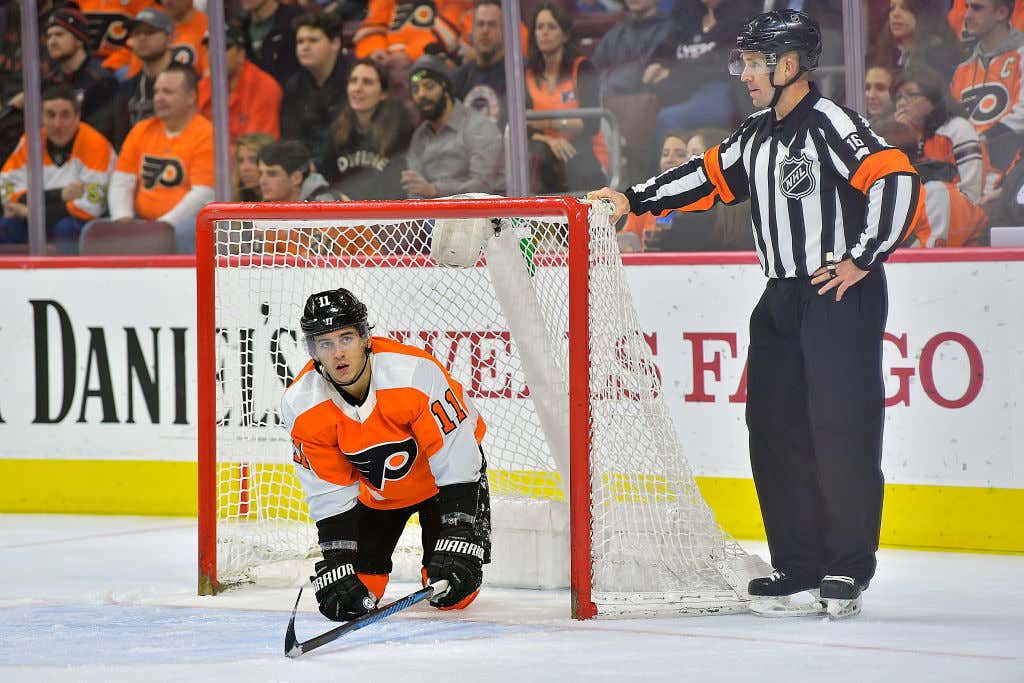 So it’s been 215 minutes since the last time the Philadelphia Flyers’ penalty kill unit had to take to the ice. First of all, congratulations to the Philadelphia Flyers on setting yet another NHL record. Last year they became the first team to ever miss the playoffs while having a win streak of 10+ games in the same season. This year they’ve already set a record for team with the greatest hockey hair ever after calling up Oskar Lindblom the other day. And now this. 215 minutes without allowing a power play.

Now that’s not to say that they haven’t taken a single penalty over the course of those 215 minutes. Just last night Brandon Manning found himself in the sin bin after yet again losing another fight.

Sidenote: Manning has to lead the league in most amount of fights lost in a season. But that’s neither here nor there.

The team also had 3 fights in the first period alone against the Rangers on Sunday. So they’ve spent their fair share of time in the penalty box over the last few games. But it hasn’t been since a little under 9 minutes left in the 2nd period against the New Jersey Devils last Tuesday when Sean Couturier took a tripping penalty that the Flyers have been on the penalty kill. Since then it’s either been fights or matching minor penalties. Which–if you’re a Flyers fan you’re already expecting–means that their next game tomorrow night against the Columbus Blue Jackets will be riddled with penalties left and right. Hell, I wouldn’t be surprised if they end up on a penalty kill less than 2 minutes into the game. As soon as people start to be aware of these streaks, they immediately come to an end in dramatic fashion. My best bet would be a 4-minute penalty for high sticking at some point during the 2nd shift of the game.

Either way, the Flyers have been playing great hockey lately. Currently riding a 3-game win streak. They’re 7-1-2 in their last 10 games. Does losing Wayne Simmonds for a few weeks hurt? Absolutely. But realistically I think it’s better for the team in the long run. Simmonds has been banged up all year long. This gives him a few weeks to get his body right for the playoff run. I’d rather him be out for 2-3 weeks right now than have to sit out 2-3 weeks at the end of March. It also gives Oskar Lindblom a few solid weeks to earn himself a spot on this roster even after Simmonds returns. Hopefully he plays well enough that it forces Hakstol to make somebody else the odd man out. 3rd place in the Metro. 8 point gap on the Hurricanes and Islanders who are both out of the playoff picture. And the New York Rangers are about to blow up their entire roster. So yeah, things are going pretty well right about now.