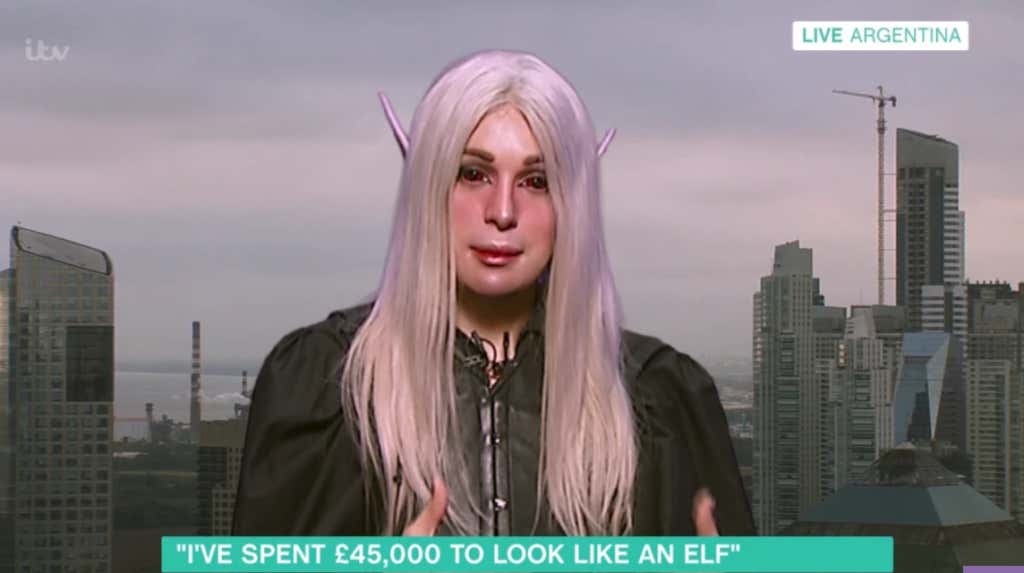 A MAN who calls himself a “human elf” told how he had his jaw broken five times as part of a £45,000 plastic surgery transformation. Argentinian Luis Padron spoke about his surgeries on today’s This Morning and described himself as being “trans species”. He told of how he went to South Korea to undergo the surgery to make his jawline more “elf like”.

Luis explained: “Three months ago I went to South Korea, they broke my jaw in five parts and put it back together with titanium. So when all this heals I will have an animated character kind of shape. Then I will fix the saggy skin. You can see my jawline is chubby right now because it is healing.”

Luis has also undergone surgery on his ears to make them more pointed, has had liposuction on his jaw, a nose job and laser skin bleaching. He has already changed his eye colour six times and is now thinking about having a “risky” surgery to “make his eyes crystal blue” but isn’t sure about it yet.

“I’ll have to go to India for it but I’m not sure as there’s a chance I could go blind.”

Well…that’s uhh…that’s something huh? Now I genuinely feel bad for this guy who nows describes himself as “trans species.” He says the decision to turn himself into an elf was directly because of bullying in school. That’s fucked, I don’t like to hear that at all. What joy is there to bully and ridicule someone at school to the point they undergo surgery to have their jaw broken in five parts? Imagine being those people, growing up, and realizing you’re the main reason for all this?

When all the surgeries are done he hopes to look like this. 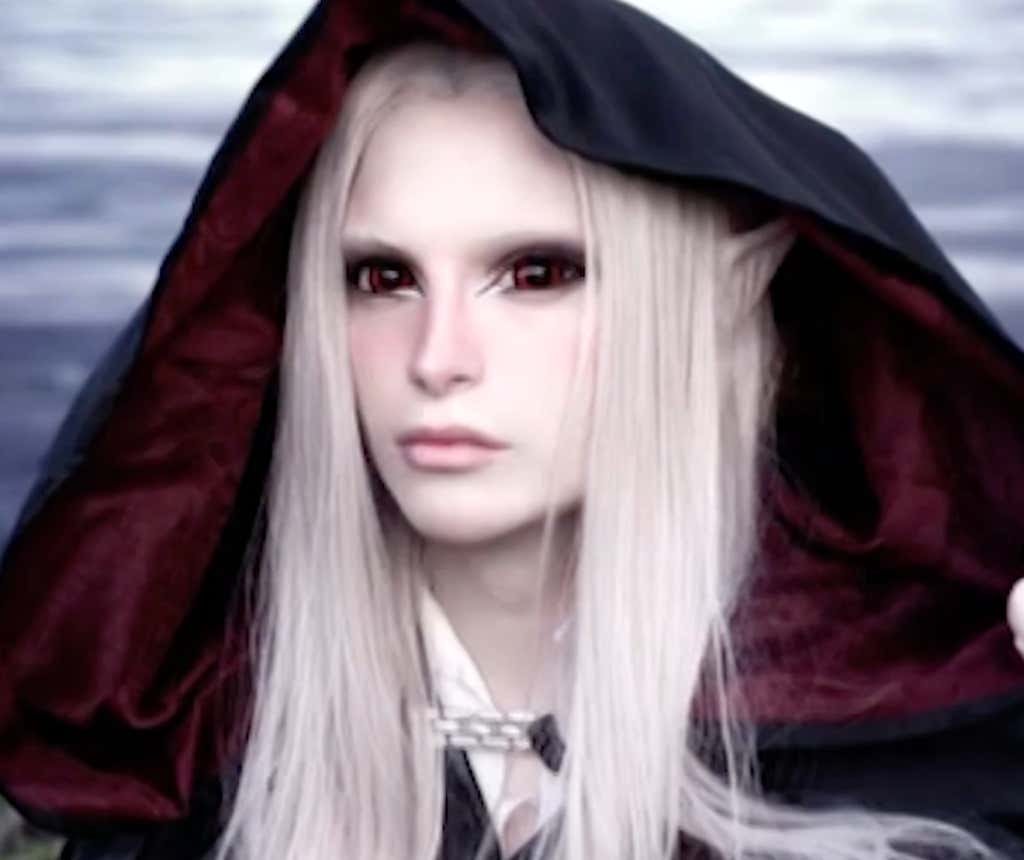 Kinda bad-ass if you ask me. Would I personally do it? I’d probably just spend the money on hair-transplant surgery, but to each their own. £45,000 ($62,000) and counting just because a few losers in high school thought it was okay to tell you ruin your life instead of just leaving you alone. Kinda hope this guy goes full-elf, gains magical powers, and fucks those bullies up when this is all said and done.