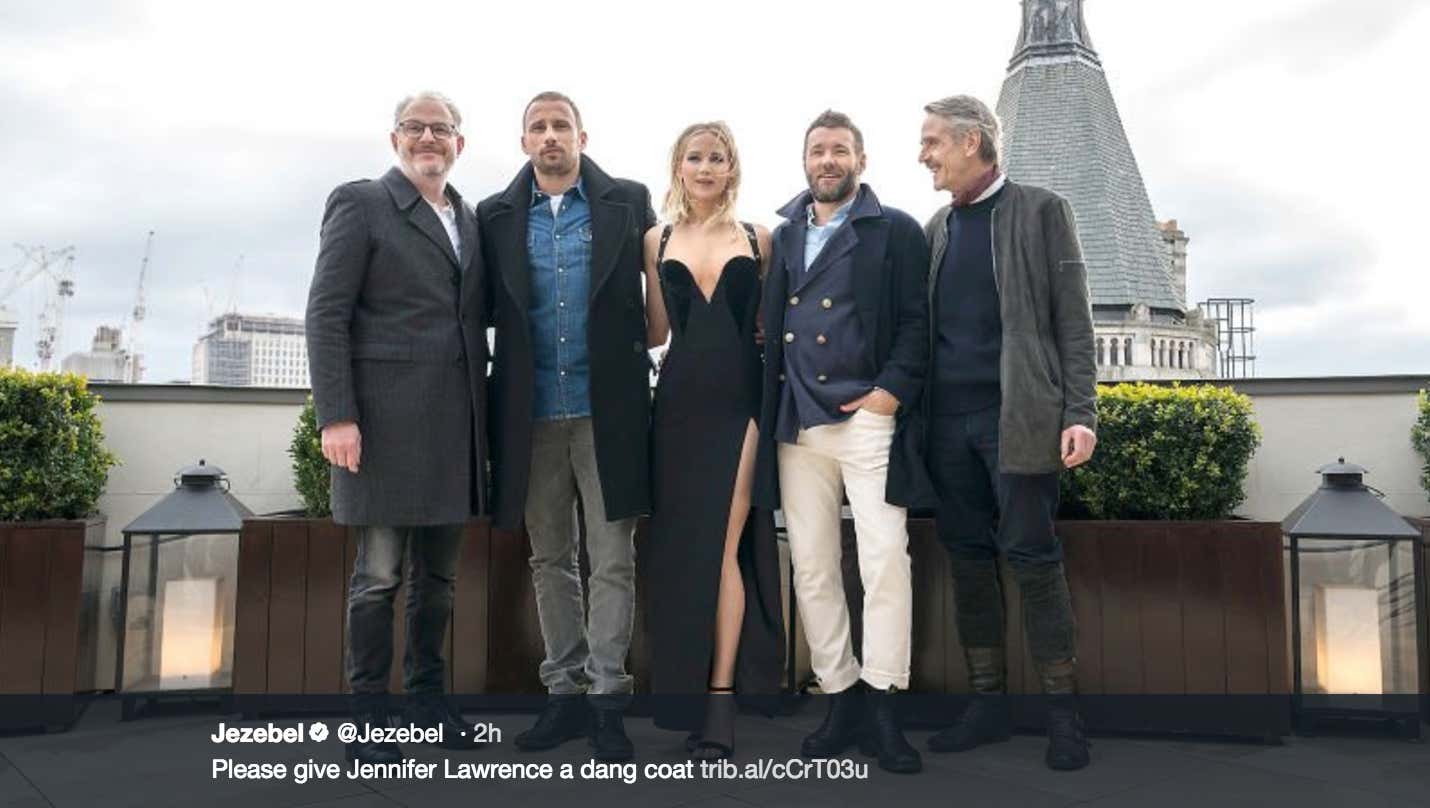 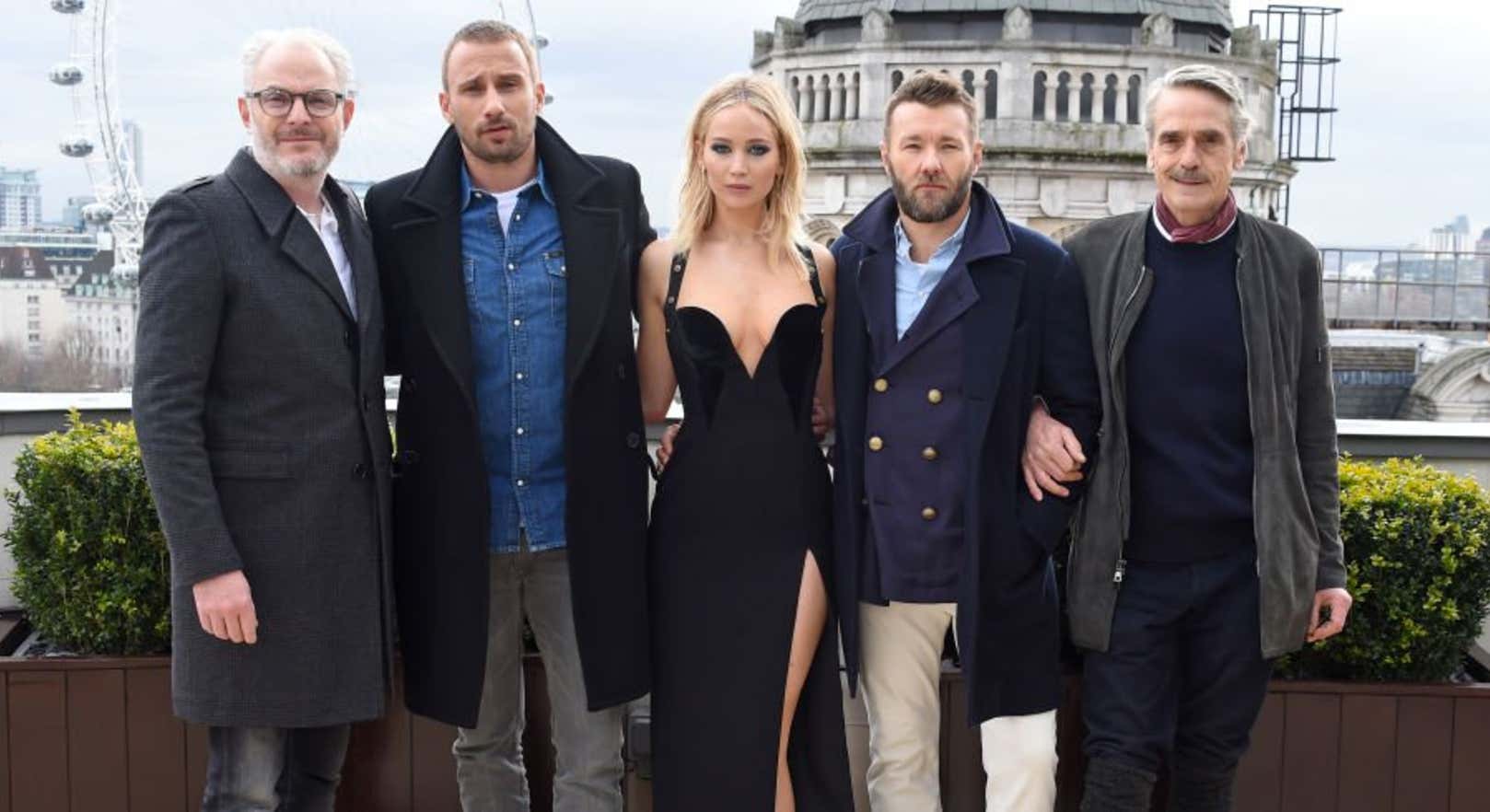 So Jennifer Lawrence took a picture in a dress with a bunch of dudes in coats. Amazingly but also really not that amazingly, people were very offended by it.

To which she responded. 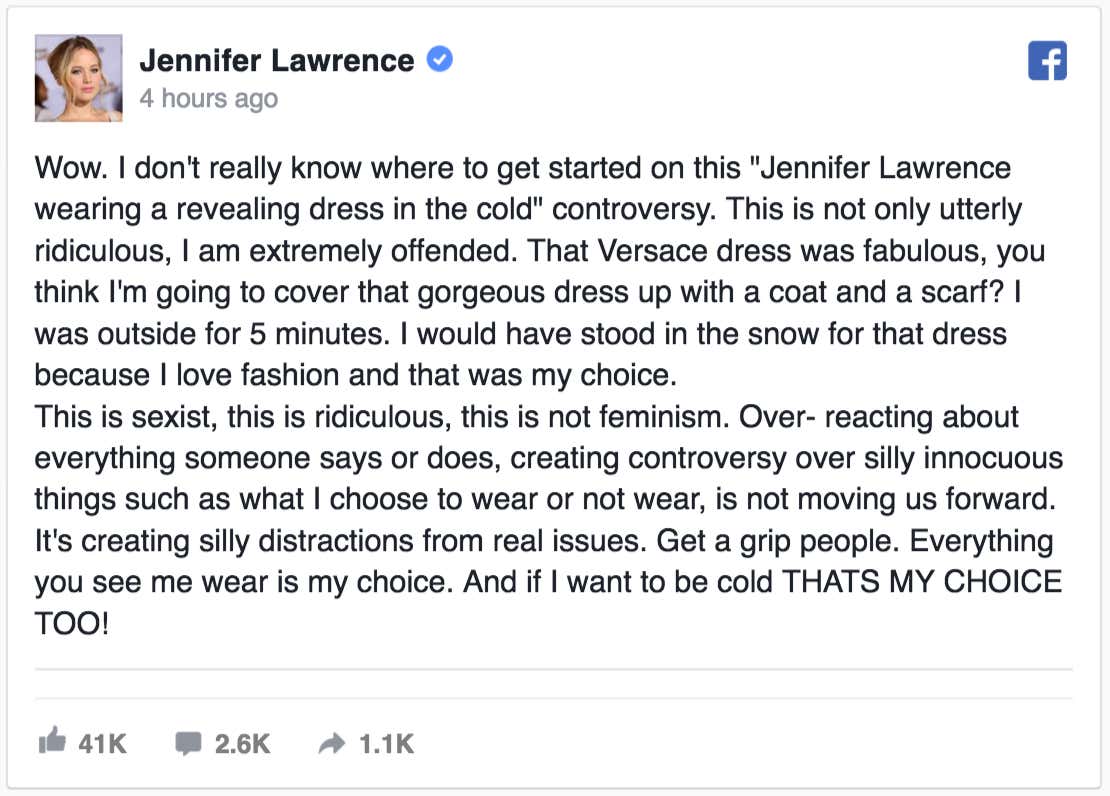 Annnnnd nailed it. Jennifer Lawrence wasn’t wearing a coat… because she didn’t want to wear a coat! What a revelation. Turns out nobody held her at gunpoint, nobody held her family hostage, nobody burned all other coats in sight leaving her with no option but to be cold outside because she’s a woman. She simply knew she was rocking a FIRE dress and wanted to show it off. Smart. Harmless. Was she paid to wear the dress? Maybe she was maybe she wasn’t. Who cares. Good for her if she was – wet that beak. And she NAILS the point about the overreaction to dumbass issues taking away from real issues. We’ve been saying that here at Barstool Sports dot com since day one. We’re not against the actual definition of feminism. We’re 100% all for it. It’s a no brainer. What we’re against is this twisted, tainted representation of feminism that screams “sexism” at every single thing that happens when sexism has nothing to do with it. That overreaction gives true feminism a bad name and distracts from the real issues, which is EXACTLY what Jennifer Lawrence is saying.

Feels good to be right. The girl on fire is on fire today.