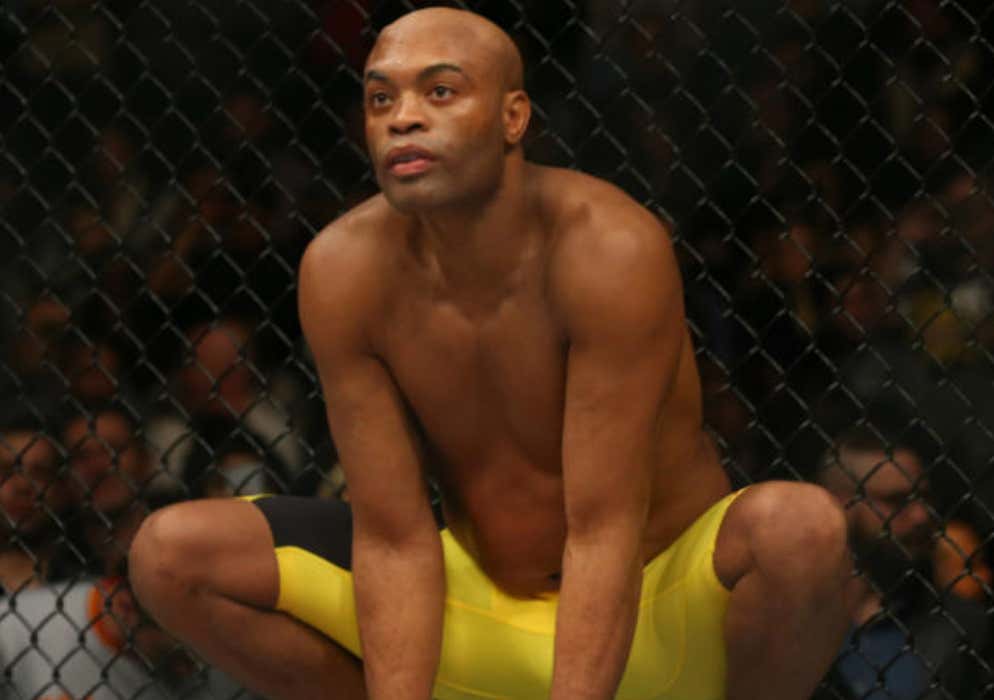 MMAFighting- Anderson Silva continues to deny that he knowingly used performance-enhancing drugs. And he said Tuesday that it’s possible the failed drug test could be blamed on tainted supplements.

“Maybe the supplements I’m using are contaminated,” Silva told TMZ. “I don’t know. I’m just waiting. Because obviously if I take these steroids, I’m stupid. I’m too old. I’m not at the start of my career. I’m [at the] finish.”

“I’m just waiting for USADA and my lawyers,” Silva said. “And hopefully they came back soon for fight for Roy Jones.”

Silva, who held the UFC middleweight title from 2006 to 2013, has been hoping to compete in boxing against Roy Jones Jr. for years. Jones recently said he was retired from boxing, but left open the door for a bout against his longtime friend Silva. “That’s my dream,” Silva said. “Hopefully, this fight comes.”

I guess I’ll begin with the supplement thing. If you can point me to the GNC or Vitamin Shoppe where they “accidentally” throw a ton of steroids in their protein powder, please, be my guest. I’ll take a stroll over right now and buy myself a tub of the stuff.

Not to say banned substances haven’t existed in supplements, but I just think fighters saw one person legitimately go through that and they now use it as their go-to excuse when they’re asked about all the ‘roids they did. It’s like when you’re in middle school, and you know you wanna take off on say, a Friday, and you’re planning to fake sick all week leading up to the day. Then, on Wednesday, your best friend is out with a fever, and the lightbulb goes off for you that you now have a plausible reason to be sick. It’s like that.

I also believe at this stage in the game you should eat the full consequences of intentionally taking steroids if you accidentally take a supplement that includes them. It’s so simple and cheap to get your supplements tested that I could do it if I wanted to, so if you’re gonna be ignorant enough to not even check to see if there’s PEDs in what you put into your body, why should USADA give you the benefit of the doubt? There’s no excuse.

Now, for the Roy Jones Jr part…just give it up man. Is anyone really interested in watching a shell of Anderson Silva take on a shell of Roy Jones Jr in an MMA match OR boxing match? Personally, boxing is more appealing there, but I just don’t care either way. Not in 2018. Crawl off into the sunset, Spider. Your legacy deserves that.