Ever since Zion Williamson went heel and committed to Duke, I have been trying to dismiss his highlights. He’s just a really good, super athletic freak playing with kids younger and smaller than 15-year-old Steve. Watching him destroy those people is like watching Dave argue with Rapaport on Twitter. Just an absolute mismatch.

But then you see Zion do shit like this to a live, breathing human being and you sit back in awe just because that’s human instinct. And you also feel absolutely TERRIBLE for the kid that had to be the victim for his latest facial.

I mean what is this scrawny kid supposed to do here? 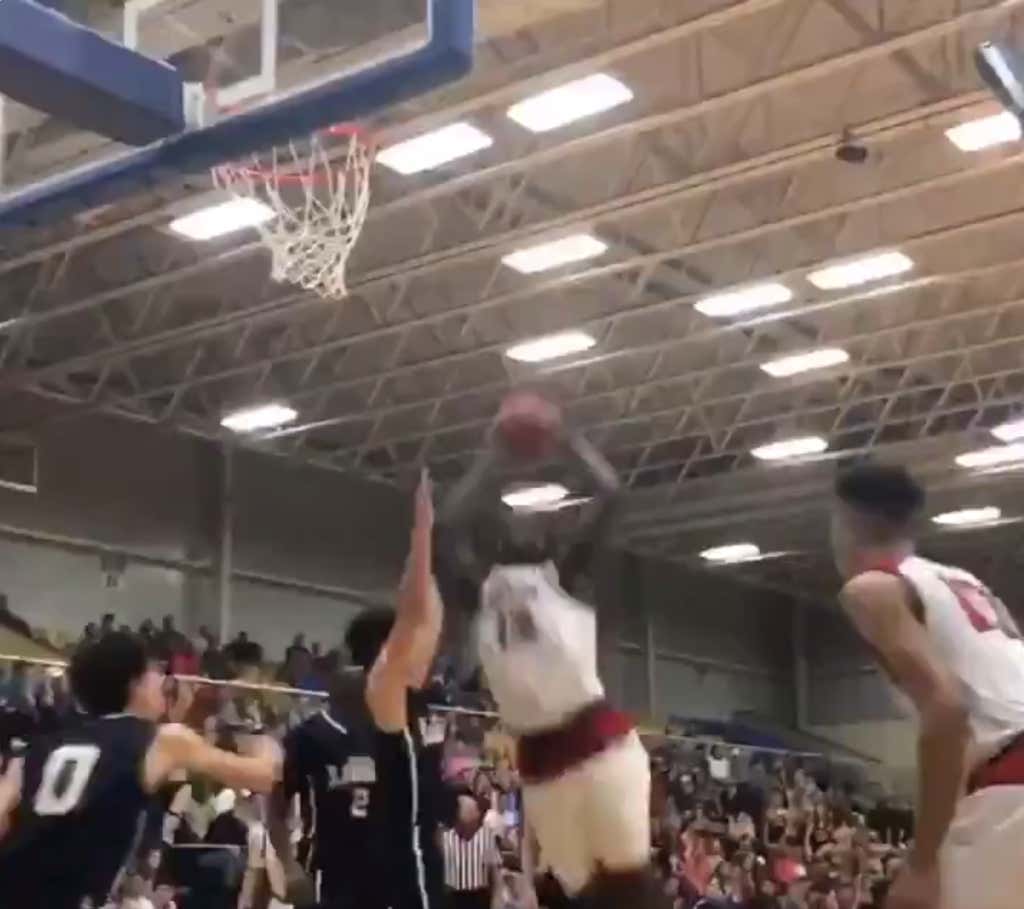 He did everything his coaches taught him. Stand tall with your hands straight up and your feet set. The only thing the coaches didn’t teach him is if number 12 on the white team is heading toward the rim, run the fuck away. Don’t try to take a charge and DEFINITELY don’t try to block the shot. Because in the end all there is for you is pain.

Whether it’s people pointing at you and recording your shame to share with the internet. 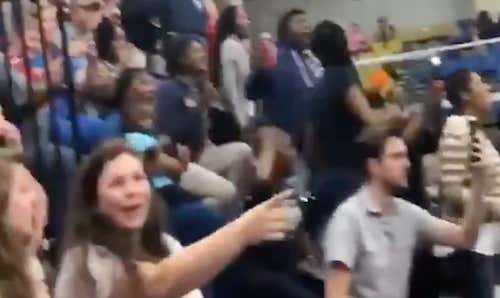 Your peers being reduced to utter shock. 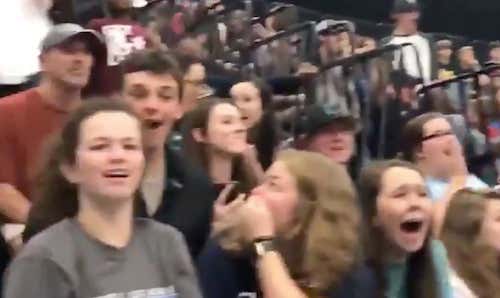 And kids that are wayyyyyy too young to witnessed this type of violence up close and personal having nightmare fuel for the next decade. 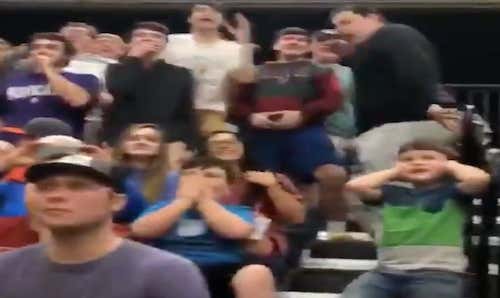 I mean this poor kid had to walk into school today knowing that he got the Grand Theft Auto treatment because he tried to D up a goddamn monster on a basketball court.

Sometimes the way to go is to just let Zion score on the break undefended and hope he tires himself out.

And I don’t want to bury the lede here. Zion hammering this kid’s layup into the crowd.

Some poor person in the went to that game hoping to see Zion Williamson to some next-level dunks and instead got impaled by a basketball because the kid on the black team wanted to challenge a human cheat code. I’m not for pulling up on a 2-on-1 fast break unless you are one of the shooters on the Warriors. But when Option B is to dribble toward a streaking Zion Williamson or pass to your teammate so that he can become the viral fall guy, I think a stop and pop works just fine. On the bright side, the internet won’t only be talking about number 5 getting dunked on/through, so you could actually spinzone and say number 2 was actually being a good teammate.