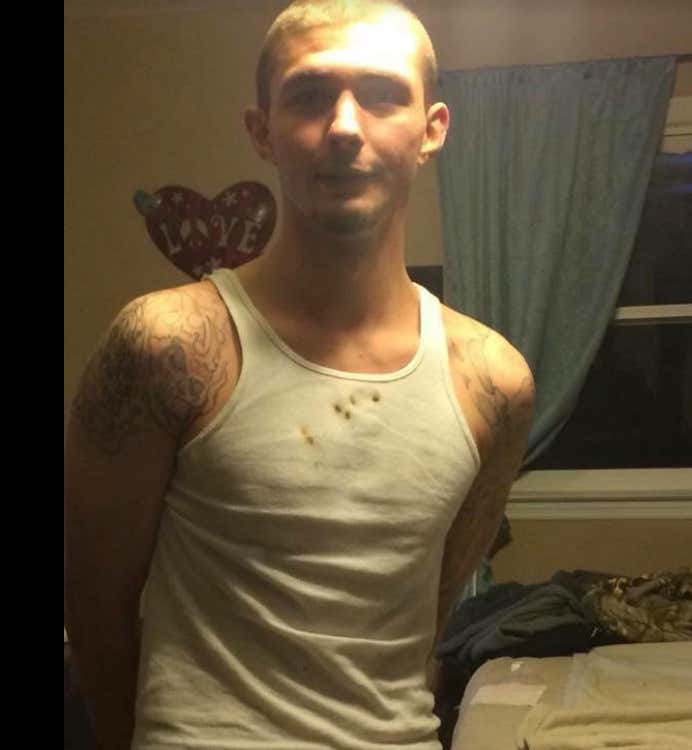 The first time this Tennessee inmate escaped from jail, he’d been locked up for (what else?) evading arrest, authorities said.

Including that first jailbreak, Philip Andrew Marshall has now put his evasion skills to use by bolting from jail a total of six “very frustrating” times, according to the Bedford County Sheriff’s Office.

The latest successful flight from custody was Monday at 5 a.m., just a month after his last escape from the correctional facility in Shelbyville, Tenn., the sheriff’s office said.

The fact that this guy was jailed originally for evading arrest is so perfect. I think he wanted to get caught just so he could continue practicing being an escape artist. He’s just trying to get noticed by the CIA and get hired. Read how he escaped last month…

Marshall was able to sneak away last month when he was left unshackled during a shower, despite the fact that he’s always supposed to be shackled outside his cell, the sheriff’s office said. He then made a break for it through a door a jail employee failed to completely shut, WSMV reports.

I mean these might be the most incompetent jail employees of all time. The sheriff’s response is incredible:

It’s very frustrating when my employees whose sole jobs are to basically lock the doors behind them simply don’t do it. The way he escaped through the attic, however, is some real life Prison Break shit.

In October, Marshall and two other inmates got out by sneaking into the jail’s attic then using bed sheets as a makeshift rope to rappel to freedom, WKRN reports. The month before that, Marshall had escaped from the county’s workhouse, where he was staying as the county did repairs on the jail, the sheriff’s office said.

We need this guy out of prison and on the battlefield trying to steal secrets or something from other countries. If he gets caught he’ll escape. It’s what he was born to do.

Sheriff Austin has a game plan for how to prevent a seventh prison escape. It’s kind of genius if you ask me

“We will have to deal with our employees and hopefully get them on track so we don’t make these mistakes again,” Swing told WSMV.

We’ll have to teach our employees how to lock the doors and do their job. Took him six break-ins to come to these realization. Sheriff Austin folks, Sheriff Austin.