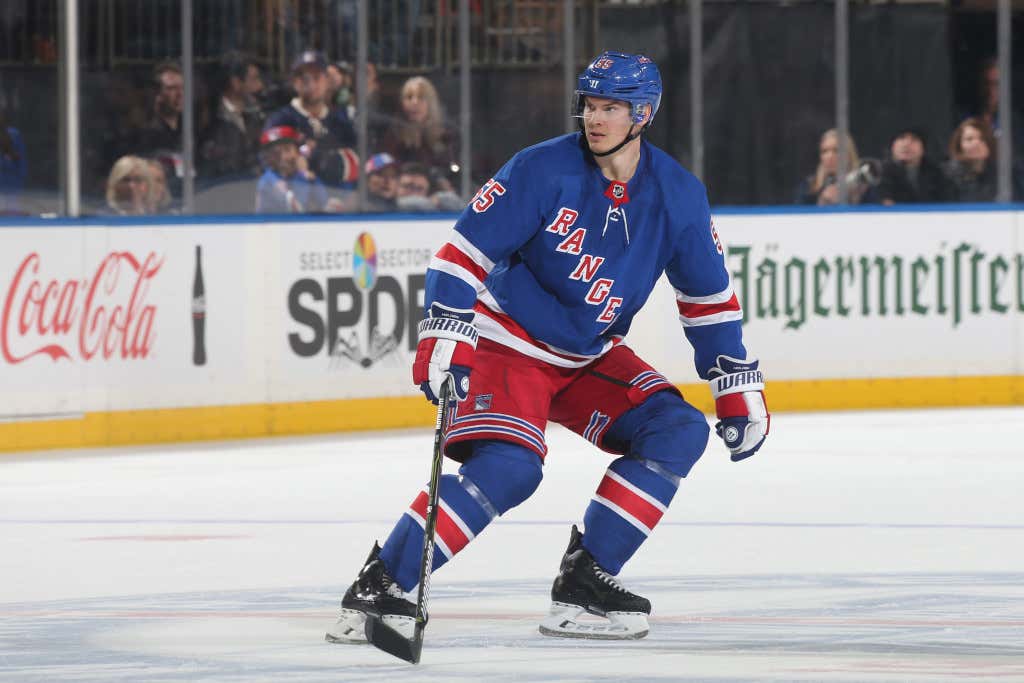 No team has as much at stake this trade deadline than the New York Rangers. Despite a stretch where they were among the league’s best, it was sandwiched between an embarrassing start and a collapse that had the front office issuing a white flag to fans signifying major change was coming. The first move was made earlier today, with UFA Nick Holden shipped to the Bruins for a 3rd rounder & defensive prospect Rob O’Gara. Considering the Rangers gave up a 4th to land him a couple seasons ago, that’s a pretty solid return.

The pick & O’Gara are both essentially crapshoots but serve as opportunities for future improvement. O’Gara is 24, enters restricted free agency this summer & will have a legitimate audition to prove the Blueshirts should keep him in the mix. He’s not going to Hartford, he’s reporting directly to the big club. From what I’ve read he’s a physical stay-at-home type but not an immobile goon. O’Gara has had a couple brief stints with the Bruins but kids like fellow Long Islander McAvoy, Carlo, Grzelcyk, etc. proved to be roadblocks for him. Boston scouts & grooms players extremely well so I doubt they gave up on a kid who’s going to shock the world. There’s reason to believe he can end up more than just a “throw-in” though – as long as it truly wasn’t a lack of ability that kept him in Providence but rather exceptional depth at the position.

As for Nick Holden, fans are cheering his departure. And I get it – but his failures weren’t necessarily his fault. Whether it be AV’s infatuation or a general failure among all other defensive options, Holden was never deployed properly. He was forced to play above his head. Brought in to be a 3rd pair depth defender, he skated a majority of his minutes in the top 4 alongside Marc Staal last season. Yes, he buried 11 goals while eating 20 minutes a night – but his career year offensively could only mask issues in his own zone for so long. His claim to Rangers infamy will forever be his “defense” at the top of Hank’s crease with just seconds left in Game 2 vs the Habs, allowing them to eventually steal an OT W. Luckily the Blueshirts won the series anyway.

This year was supposed to be different though. The top 4 was set. McD/Shatty, Skjei/Smith. Holden & Staal (or at the time, DeAngelo too) were penned to play limited minutes against less-skilled competition at the bottom of the rotation. Obviously, that didn’t work out as planned. Smith is in the AHL. Shattenkirk has been sidelined after a highly disappointing start playing through a meniscus injury. With Girardi bought out last summer, Nick Holden got the call to play top pair alongside Ryan McDonagh. To no one’s surprise, he stunk. But he’ll stink a lot less as a versatile #6 on a solid squad as opposed to a #2 on arguably the worst defensive team in the league. Holden can play right or left side and has experience playing special teams & bigger minutes should an injury in Boston occur. He doesn’t play as rugged as Adam McQuaid (I’m simply guessing who he’ll replace) but he did lead the Rangers in hits & is certainly more mobile.

There’s still much bigger deals coming the Rangers way. Nash & Grabner are two of the top rental wingers available. Evander Kane has fallen off in a huge way since the calendar turned (4G 1 A in 22 games). Grabner’s matched that in his last 6 while Nash is hovering around the top 5 in goals & shots over the past month. Western Conference teams (Nashville, Dallas, San Jose) have generated the most buzz around Nash while the latest link to Grabner is Pittsburgh. Ordinarily you wouldn’t want to trade within the division, but if the Pens are willing to pay the price for a three-peat then Gorton has to accept. It’s not outrageous to expect a high-end prospect, a couple very good prospects and a couple first-rounders in return for both of them. We’ll see.

I would assume after the Holden deal the Bruins are out on a potential swap for McDonagh – but if a team like the Penguins make a move for a speedster like Grabner, that puts more pressure on a squad like the Bolts to pony up if they want to keep up in the East. There hasn’t been much out there regarding Zuccarello or anyone else but the Rangers usually keep things close to the vest so who knows what surprises they have in store. I do think there’s going to be one though, so hold onto your butts these next few days. We’re one clusterfuck of a deadline away from reliving the late 90’s-early 2000’s.