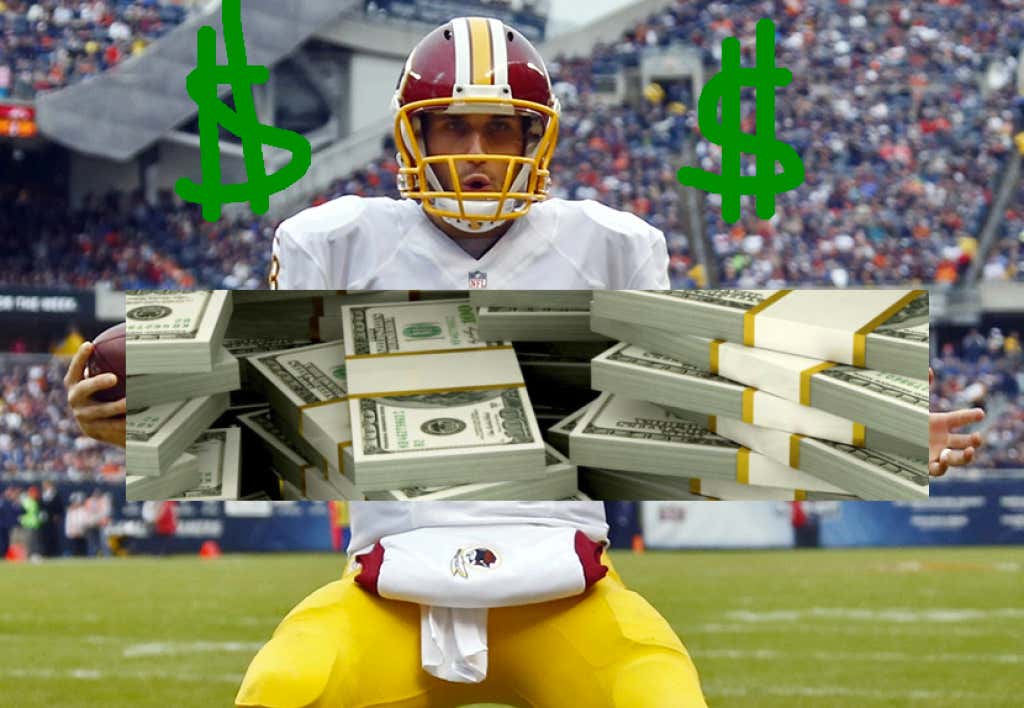 PFT - A report emerged Monday that the Jets will pay “whatever it takes” to land quarterback Kirk Cousins. Brian Costello of the New York Post has tried to make “whatever” more tangible.

Costello explains, based on the beliefs of “many people,” that “whatever” could become a five-year, $150 million offer, with a “good chunk” of it guaranteed. (Some think all of it would be guaranteed.)

One source speculated to Costello that the cash flow may consist of $60 million in 2018. That would represent an increase of $13.8 million over what Jimmy Garoppolo will receive this year under the terms of his five-year, $137.5 million deal. If the full package will have an increased value of $12.5 million over Garoppolo’s, a $13.8 million bump in first year cash flow isn’t grossly out of line with the difference — especially if the bulk of the deal will be guaranteed, anyway.

Whatever it takes, eh? I guess Von Miller is going to really, really ramp up his recruiting because the Jets aren’t playing around. 5 years, $150 million, with the majority and possibly ALL OF IT guaranteed?

I mean…holy shit. The value of a good QB in the NFL is unrivaled in any occupation, ever. If a brain surgeon was paid in proportion to what an NFL QB gets paid, the best brain surgeon in the world would be taking home 8 billion dollars a year.

I can’t decide if I want Kirk on the Jets or not. On one hand, I want him to get paid big, and playing in New York I’d be able to watch him more often. On the other hand, if he goes to Denver, he has a much better chance of winning a Super Bowl, and that would be so perfectly Redskins to let a guy walk and then see him become a superstar somewhere else. I can already feel my blood boiling just thinking about it.