There’s a relatively new matcha place right on the corner, about 20 yards from our office. I like it because it’s always chock-full of hot babes. If moths are attracted to flame, hot babes are attracted to the green gleam of matcha. They’re always dressed in funky, fashionable stuff. Mostly black rubber tubes and carpet shag. Shirts made out of insulation, shoes made out of spare bike parts. They look like a walking arts and crafts fair. You know these people? Babes.

Sometimes I’ll go in there and forget to buy something. I just lied when I said sometimes– I always forget because I get too busy looking at the babes. I’m not proud of it; in fact, it’s a really bad habit. It’s like logging on to the Wifi at Starbucks without buying anything. Respect the establishment! Otherwise, these caffeine outposts will be overrun by homeless, serial masturbators and people like me who are there for the wrong reasons.

Today, after radio, I went out to buy my oatmeal. If I’m being honest, I can barely stand my oatmeal these days. I choke it down because it’s barrel season, but god DAMN is it boring. No amount of blueberries or honey can make me enjoy it now. But I eat it, because I have to.

On the way back to the office, I noticed some hot babes in the window drinking their matcha drinks. I thought, well, it’s a little early for me, but I never leave a hot babe unturned. So in I went and immediately I noticed that every single patron was taking a picture with their phone. It was incredible. Across the board, hot babes, two Asian tourists, and one creepy old guy were snapping pics framed by the pink and green walls of the shop. Some were leaning in behind their drinks, smiling as though they’d found the elixir of youth. Others were setting up still-life photos of just the cup. The old guy was subtly snapping underwear that was peeking out above the waistbands of women leaning in for their selfies. But he, too, had a matcha.

Watching people take stupid selfies is one of my biggest pet peeves. The fact that so many people are so delusional as to think that their friends want to see a picture of their stupid fucking drink? Drives me bananas. It’s a beverage, not a proposal. Drink it, throw out the cup, and move on with your day.

Today was especially bad. Exhibit A: 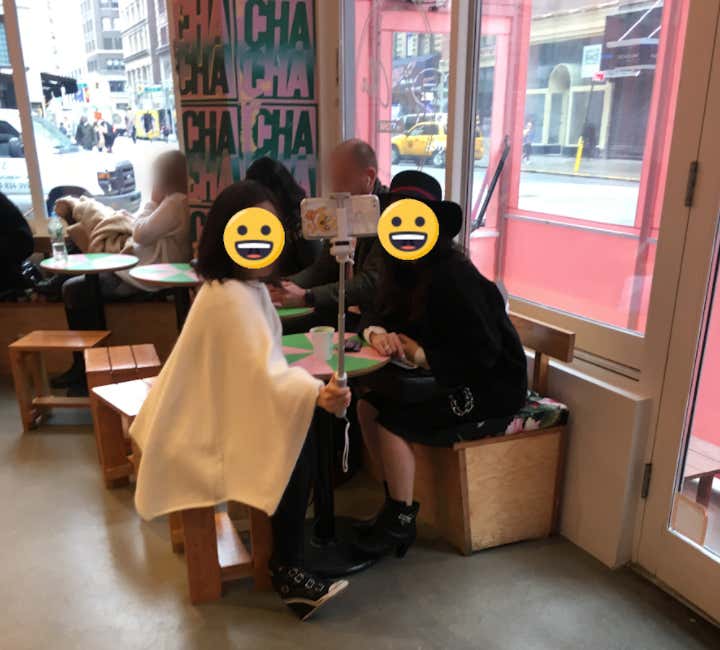 These two Asian women dressed up for the occasion and dusted off the selfie stick to get the right perspective. After all, how else can you fit two people and your matchaccino in the frame? Sure, they could have asked someone else to take the pic for them, but Chinese people are notorious for not speaking English.

But nothing compared to what I saw next. Exhibit B: 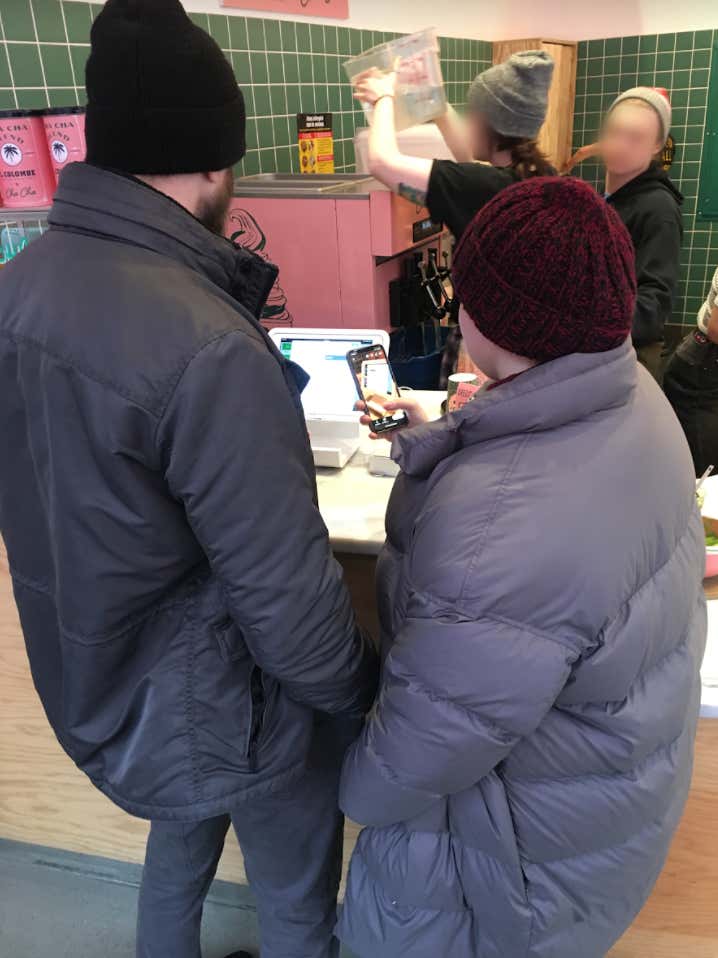 Here we have a woman… taking a boomerang… of her boyfriend’s finger… paying the bill… on the register screen. I’m not kidding you. She decided that her boyfriend paying for 2 matcha drinks, tapping the “no tip” button, and signing his name with his finger was something the world needed to see. And not only see it, but see it forwards and backwards, on loop, from here until the end of time.

I’m not even trying to be funny anymore; I’m just mad. I saw this happen and wanted to scream “STOP! NO! YOU’RE A BAD PERSON!” I wanted to take her phone and throw it through the window. I wanted to pull the boyfriend’s stupid hat down over his head and light him on fire for dating someone so devoid of instinct, reason, and sympathy. You want to talk about sociopathy? I would much sooner dine with a known serial killer than this horrible parasite.

If you happen to follow this woman on social media, and you see the boomerang of her boyfriend’s matcha transaction, please unfollow her. She’s too far gone to get the message, but at least we can limit the damage.