I think I’m like most guys in that of all the skating disciplines, Ice Dance is my least favorite. There are no jumps. It’s way more subjective than either Pairs or Singles. Which makes it way more susceptible to biased judging. And before a season even begins, a knowledgeable expert like my own beguiling Irish Rose can tell you what the medal order will be when it’s all said and done.

Nevertheless, last nights Ice Dance Free Skate was the absolute highlights of PyeongChang so far. In any sport. Just great pair after great pair at the very top of their game, and nothing less than perfection would do. And that was achieved by only one couple: Canada’s Tessa Virtue and Scott Moir. They were nothing less than flawless. Captivating. The personification of grace and elegance. Who skated as two halves of the same synchronized body. Socrates spoke of a dimensional plane where everything exists in its perfect form. If you went there, you’d find Virtue and Moir’s dance to “Moulin Rouge.”

So naturally, everyone responded to this team of highly skilled and dedicated athletes performing at peak level on the biggest stage in the world by pretty much all asking asking the same question:

And to be fair, it’s a valid question. I mean, look at this:

You can’t fake that kind of chemistry. If they were teammates in say, mixed doubles tennis, you’re not going to see that kind of passion. I thought they were going to have to bring the Zamboni out to clear up the puddle under Tessa’s skates. 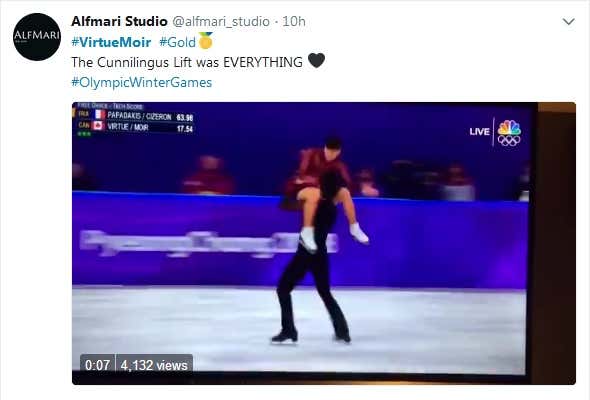 Over my lifetime I’ve spent more times in the FriendZone than probably any man in existence and I can promise you it involves zero time with your ears between your platonic friend’s thighs. ZERO. And given the fact I’m pretty sure that around the 3-minute mark of their program, Scott got her pregnant. So it’s a legitimate question. One I am not alone in asking:

Virtue and Moir continue to be coy about it. But anyone with eyes can see there is, at the very least, a Jim/Pam like chemistry going on here. And if Scott is not banging her, the obvious question is why not? Medals and record-setting performances are all well and good. But her Amy Adams looks and radiant Canadian charm are worth more than gold. Holy smokes, with the glasses. 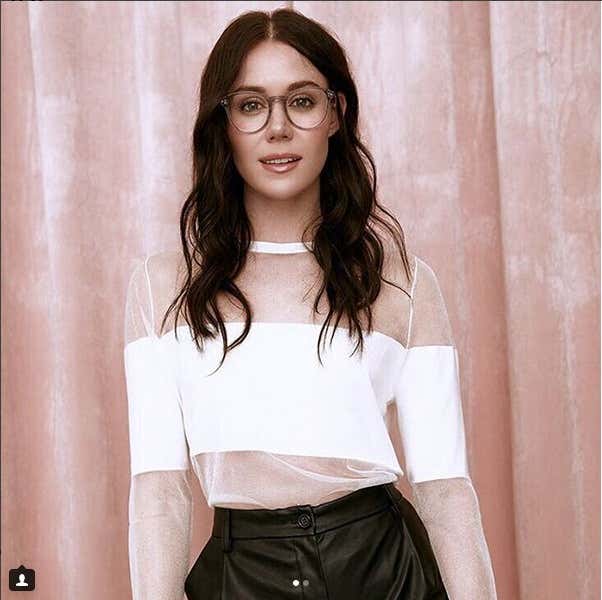 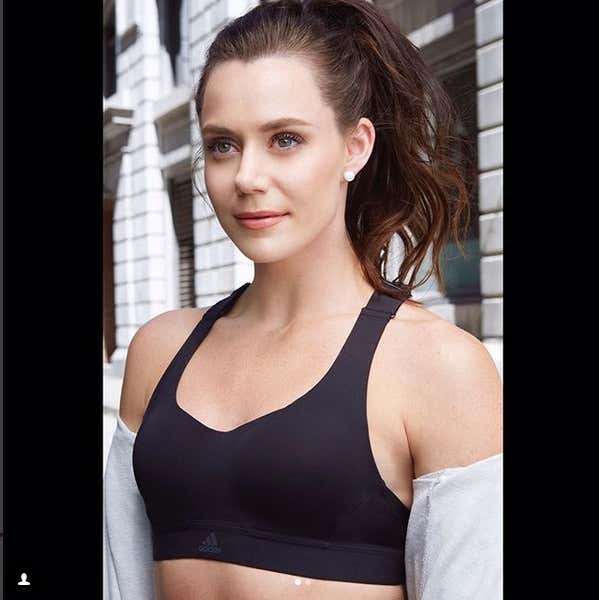