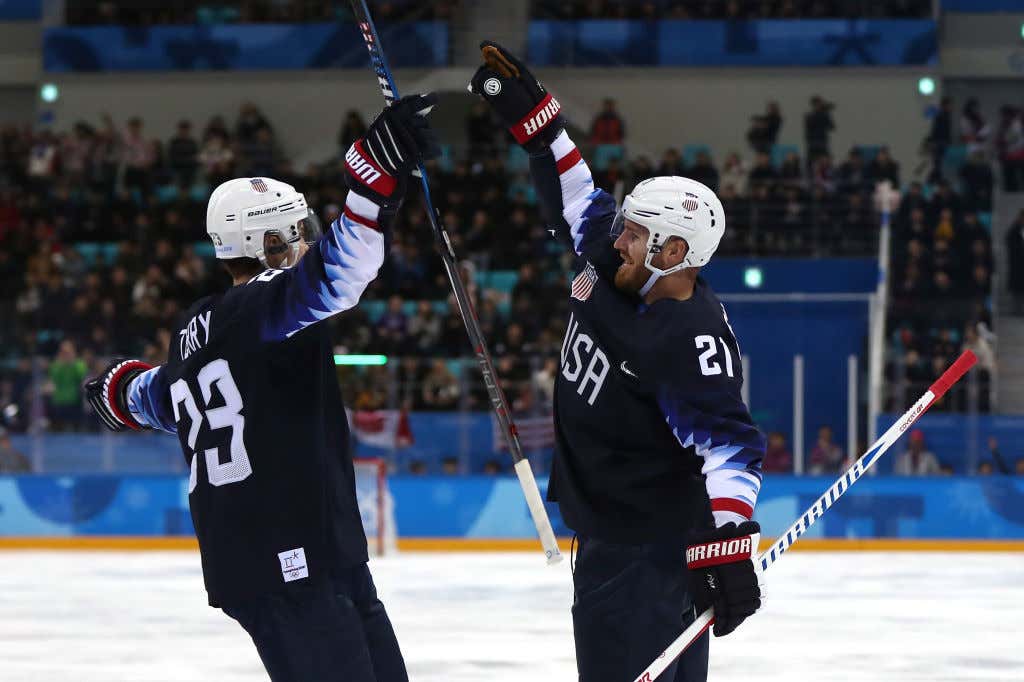 I’ve been playing hockey my entire life. Since the day I was born, I was a hockey guy. Part of being a hockey guy, however, is being a great teammate. And the most important thing to being a great teammate is that you always do what is best for the team, not just what is best for you. So with Team USA facing a pivotal qualifying round game against the Slovakians last night in order to keep their golden dreams alive, I realized that what was best for the team was sacrificing myself.

What happened next, you might ask? Well let me tell you.

The kids took over and USA dominated Slovakia like they were the USSR in 1945. It’s almost as if having some youthful energy in the lineup with kids who have speed and skill is actually good. It was the first time this tournament that Team USA really broke out offensively. They only put up 4 goals total in the previous 3 games when we had the Live Blog going. And last night while I was watching Jim put Dwight’s stapler in Jell-O, they threw up 5 on the Slovaks.

So now here’s the big question. Where do we go from here? What is next? Because Team USA plays against the Czechs tonight at 10 in the quarterfinals. A win tonight guarantees them the chance of at least playing for bronze. I would love to watch the boys put a smackdown on the other half of Czechoslovakia tonight. But I also know that they play better when I’m not watching. So does that mean the Live Blog needs to be put to rest? I’m a patriot. Ask not what you country can do for you, ask what you can do for your country. If I have to stop live blogging USA games for my country, then so be it. USA all the way.