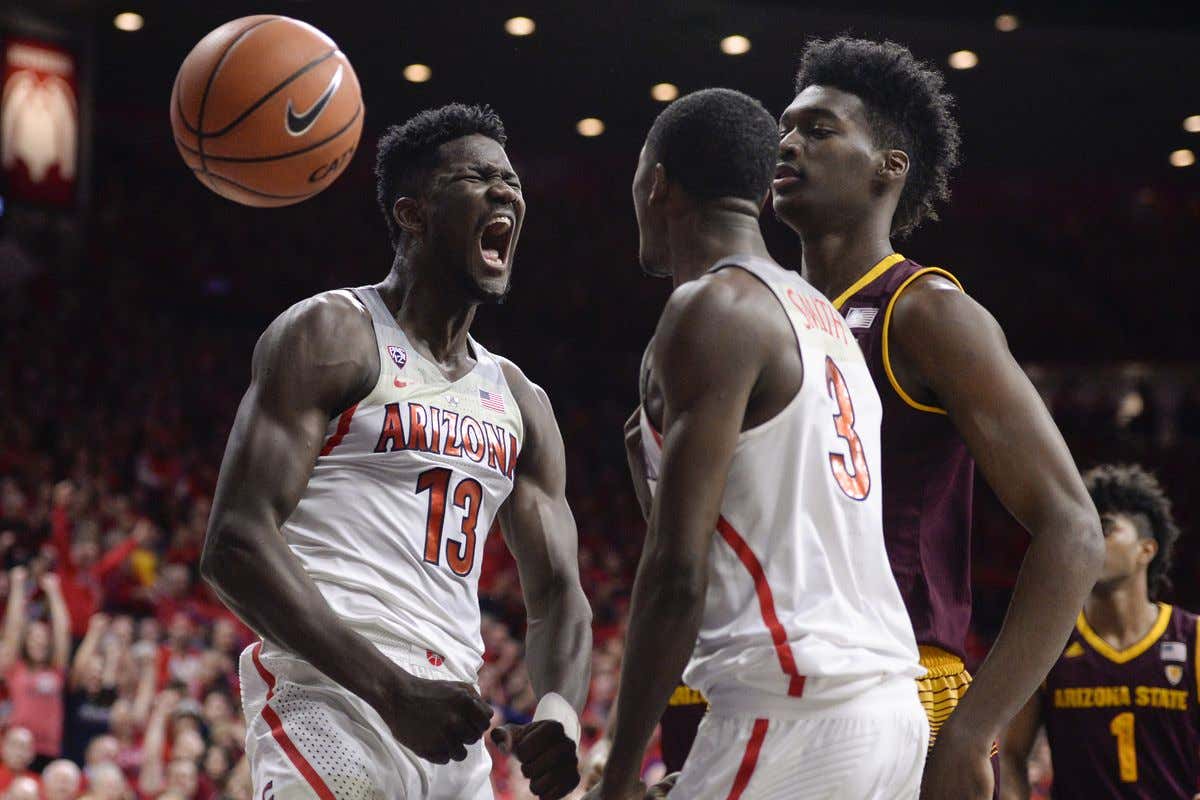 With the regular season just about a month away from ending, we?ll be doing different running themes with the blog. Every Sunday I?ve been putting out bracketology ? that will stay the same. As will Monday?s Contender Series. I?m going to start highlighting the NPOY race though and some potential winners. I did a huge scouting report on Trae Young back in December so for the time being we?ll use that as his breakdown. We?ll get into some other things I?m often asked about including bubble teams (those will run on Wednesday), coach of the year and other such awards.

The top of the player of the year race is absolutely dominant. We have three guys in Young, Brunson and Ayton putting up numbers that we haven’t seen before or haven’t seen in 20+ years. That’s what Ayton is currently doing as he’s quietly making a case to be the favorite for No. 1 pick in the NBA Draft. That is a discussion for another day though as we’ll focus on Ayton’s current season. It’s been a little bit of a weird season for Ayton and Arizona as the team hasn’t necessarily lived up to expectations, though they are still a top-15 team in the country. Ayton has been absolutely dominant, especially on the offensive side of the ball, but defensively some of what Arizona has done has made him vulnerable.

Ayton is currently slapping up a stat line of 19.7 ppg/10.9 rpg/1.5 apg/1.9 blocks per game. He’s also just the sixth person since the 1992-93 season to put up at least 19.7 ppg/10.9 rpg with a 64% true shooting percentage joining the likes of Blake Griffin, Andrew Bogut and Chris Kaman. That goes hand in hand with these numbers from KenPom:

The first thing that jumps out is how he’s been phenomenal in tier A games. For those unfamiliar with KenPom’s tiers, tier A is a top-50 opponent adjusting for where the game is played. Some of the tier A games that Ayton has played in includes Texas A&M, Arizona State and Purdue. So what the hell makes Ayton so damn good?

It starts with his size. At 7’1″, 260lbs and a 7’6″ wingspan he’s absolutely intimidating trying to defend. Couple in the fact that he’s explosive, agile and quick with his feet to get into his post moves it makes him damn near impossible to guard at this level. He’s currently ranking in the 91st percentile nationally in post up situations as he’s scoring 1.076 points per possession according to Synergy. Once he gets the ball in the post he has a wide array of moves, including a face-up jumper that he likes to utilize. You can see his jumper here against Arizona State. He works his way across the lane and gets position in the mid-post. As he faces up, he knows he can just rise over the defender, especially with the hand being down (obligatory hand down, man down). He has good form on his jumper and shoots it in rhythm. It’s not a fluke that it’s nothing but net.

The move that Ayton really prefers though is the drop step and finish with either a dunk or his left hand. He likes to catch the ball, wait a half second to feel the defender and then he’ll initiate the contact. He gets a feel for where his defender is, uses his size with the contact and then does the half spin, drop step to finish. It’s actually quite great to watch, especially his footwork for a guy that big and skilled. I know it’s North Dakota State, but put this drop step on loop. This sort of is what I’m talking about with his ability to be patient in the post and then use the drop step and quick finish.

Ayton is a special player and we’re really starting to see it come through this last month. He’s improved his block rate, up to 133rd in the country now at 6%, but you’d still like to see him be a little bit better there. Defensively is where you wonder just who he is as a player. Part of the problem is Arizona running him and Ristic out there together with Ayton having to chase on the wing instead of anchoring the post. But, he’s still an unbelievable player. He’s moved up this week to No. 3 in my NPOY power rankings.

Shout out to Rob Dauster who is the first one I remember reading a weekly NPOY rankings blog. I?m not saying I stole this idea from him, but it helped.?