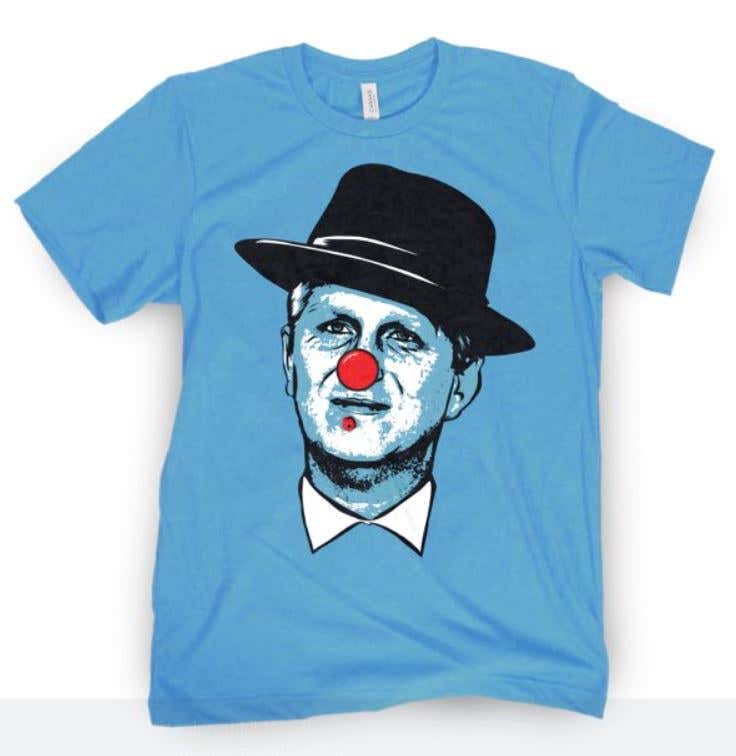 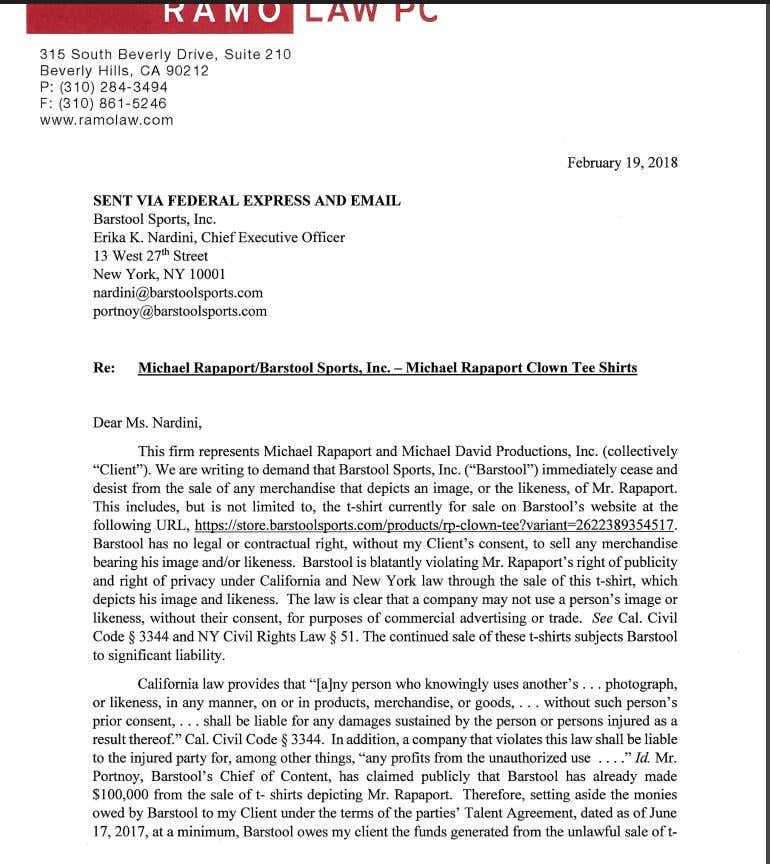 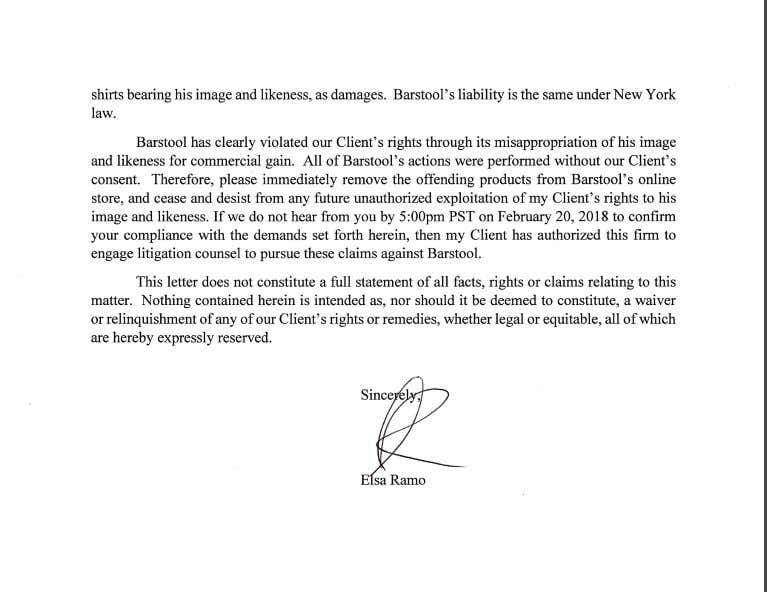 BAHAHAHAHAAHAHAHAH!    Look at internet tough guy Michael Rapaport go!   All tough on twitter talking that shit!  Just furiously sending tweets left and right about how everybody at Barstool is a pussy and how tough he is.   How he was the “Ric Flair” of Barstool.  Meanwhile behind the scenes he’s picking up his phone and calling his lawyers begging for their help to stop this bloodbath.  I mean this is marshmellow soft.   Honestly what a fucking horrible look for the self proclaimed king of shit talking.  Now he’s getting his panties in a bunch over a tshirt. Come on Mike.  The guy I knew was better than this.  I’m not mad.  I’m just disappointed.  If anything he should thank me for keeping him relevant.  Now when our guys are wearing it people will ask who is that on the shirt and keep him in the conversation.