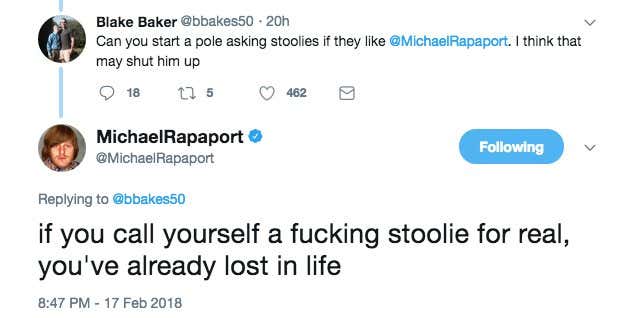 So the dust has finally settled from the Barstool Infinity War. Michael Rapaport’s lifeless body has been carried through the Barstool carwash and finally gone cold. The blogs have been written, the radio shows have recapped it, and the pirate ship will continue to sail along into the night. But I wanted to write a quick blog about Blake Baker.

Blake is the man that indirectly ended Michael Rapaport’s time here. His tweet to Rap was what had Rap call out Stoolies, KMarko to dunk all over Rap on Twitter sparked off a chain of events that led to where we now live in a post-Rap world. 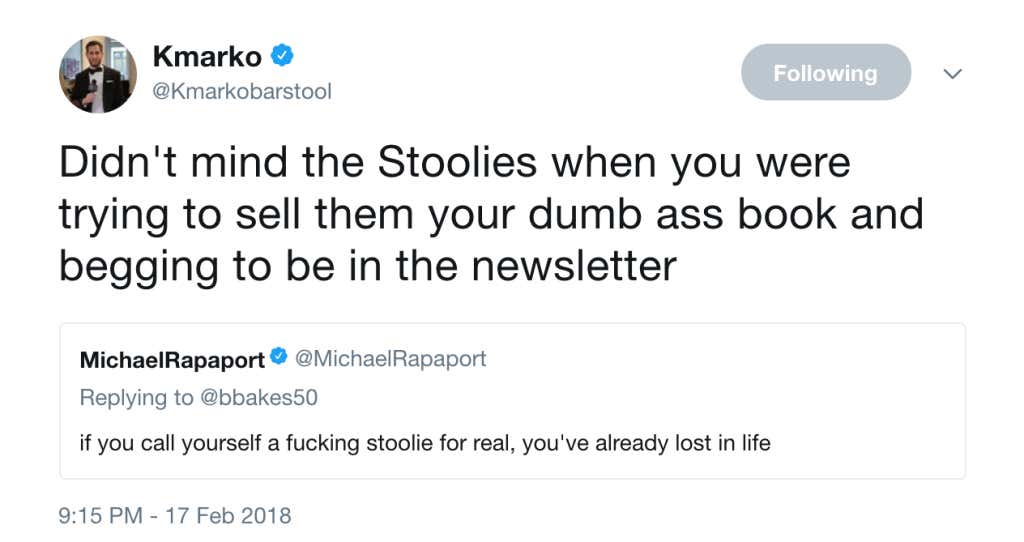 As you can see in Blake’s tweet, he had a hell of a typo to Rapaport. There is a parallel universe where Blake sees that typo, freezes, deletes the tweet, and Rapaport is still here spewing vitriol toward whatever nonsense pissed him off at any given moment. But the tweet stayed up, which is fitting since Barstool is as much built on typos as it is Dave Portnoy’s blood, sweat, and tears.

Once Blake saw that I had called him the Archduke Ferdinand of this Twitter War, he was perplexed.

Was I dropping some Game of Thrones knowledge that went right over his head? Nope. I may be one of like three people here at Barstool that is even a B- in Thrones knowledge. Instead, I was dropping one of the most basic historical facts that countless 5th graders are learning about across the country right now. Which again, makes Blake the perfect Stoolie for this important moment in Barstool history. Typos and fucking up basic facts is what Barstool does best. It’s the Barstool charm. The Barstool difference. Having someone like Blake Baker indirectly the root of one of the most entertaining night’s in the company’s history is perfect. Without him, countless Barstool employees would have to continue to bite their tongue about what they thought of Michael Rapaport before uniting with their blogging brethren and Stoolie Nation that led to Dave firing him on Sunday morning. Without Blake’s tweet, we don’t get the entertainment of Saturday night, millions of pageviews the last 48 hours, or this picture. 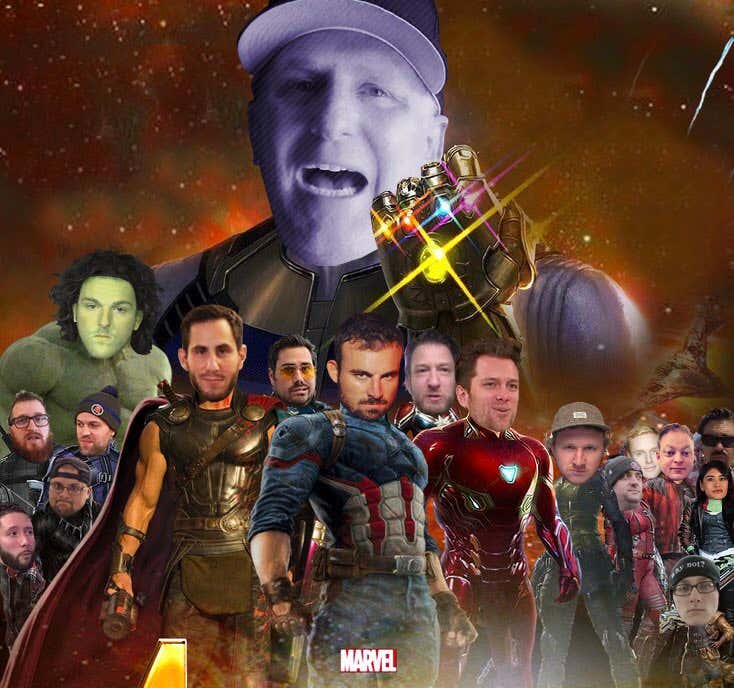 So here’s to you, Blake Baker. You have officially joined the annals of Barstool history alongside names like Nick Insider, Pirate Simon, and Drebos as we move on from this Rapaport nonsense. Maybe not household names in non-Stoolie homes. But those that follow Barstool all can thank Blake for his service and for the pizza party at HQ. In fact, I think Blake deserves a Stoolie Army or a Rap Clown Face shirt for what he did. Or at least a Ball Don’t Lie shirt.

As for Blake’s tweet that indirectly killed Rapaport, I have ensured it will forever be locked up and stored in a place where we keep the most sacred treasures in Barstool history.