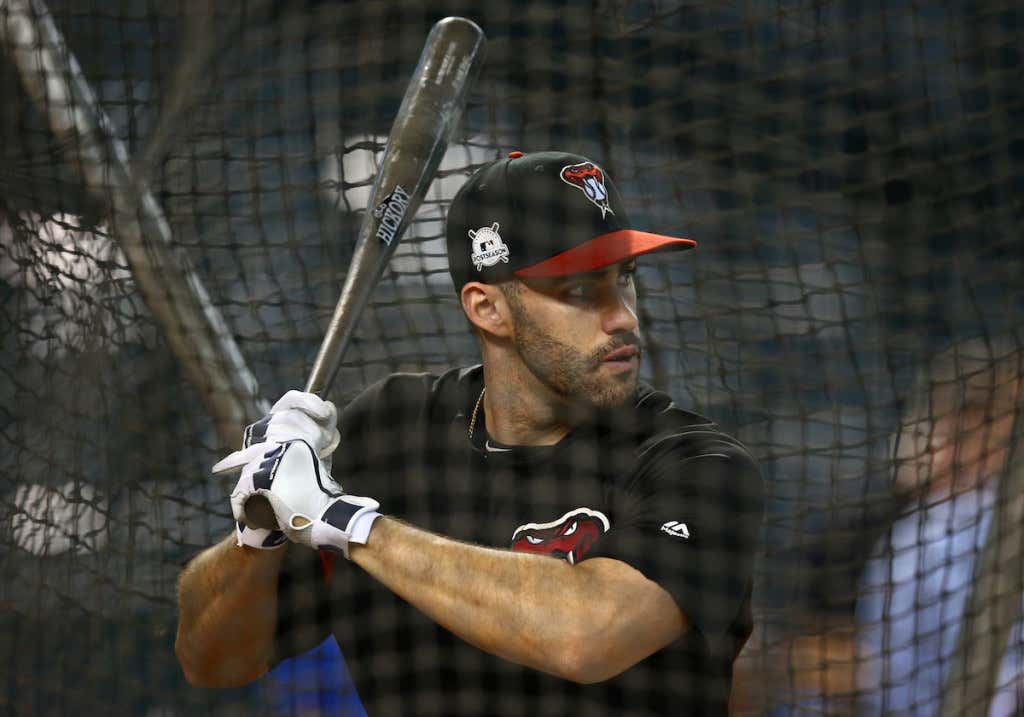 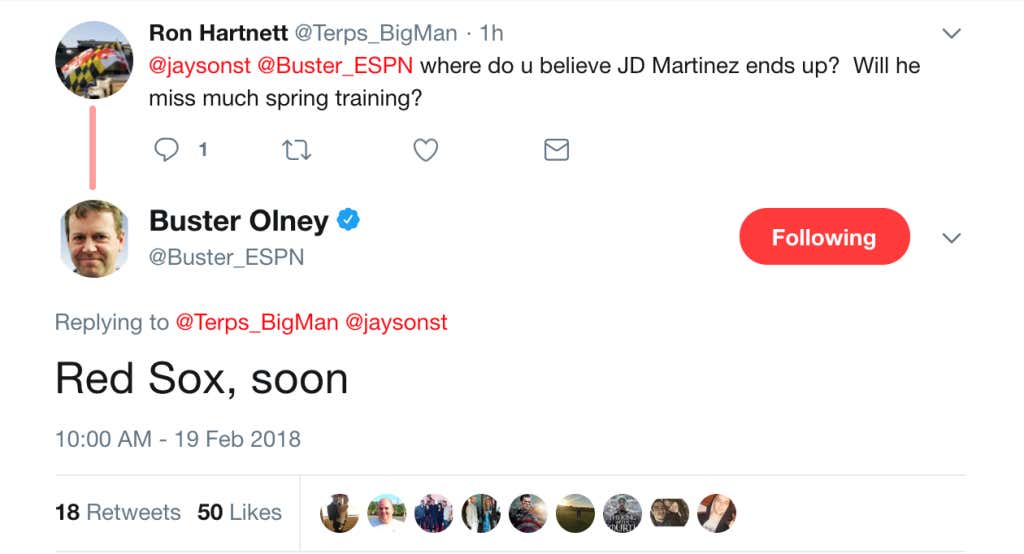 In a column that he wrote last Thursday, Jon Heyman predicted where all of the top free agents remaining would eventually sign. He predicted that JD Martinez would re-sign with the Arizona Diamondbacks, piggybacking off a report that he had, which talked about Arizona getting “creative” with ways that they could potentially bring the slugger back. Creative, as in they could offer him a higher AAV on a shorter term deal with opt outs galore. Regardless of how “creative” the Dbacks want to get, the Red Sox still hold their position as the team with the best offer out to Martinez in terms of years and total dollars.

When the Red Sox re-signed Eduardo Nunez on Friday, there was a little media slap fight, which only other media members care about, over proper citation for who actually broke the Nunez news. Robert Murray had the news first, a colleague of Heyman’s at FanRag Sports, and Olney didn’t notice that somebody else had tweeted the news prior to him. It happens, but that didn’t stop Heyman from chiming in with a douchey tweet on the matter:

Then Olney came back and ethered Heyman with this:

So, all of that was basically to say that I trust Olney on all things baseball significantly more than I trust Heyman. Heyman is a Scott Boras puppet who has long been accused of making up mystery teams to create leverage for Boras clients, making up news tidbits to steer narratives and so forth. Josh Donaldson called Heyman out earlier this month for citing his friends as sources when Heyman doesn’t even know Donaldson’s friends or have access to them, nor do his friends have the information that Heyman claimed to have gotten from them, according to Donaldson.

Boras might have Heyman in his back pocket, but Olney was, in fact, the first to report that the Red Sox’s offer to Martinez was for closer to $100 million over five years, which was the correct figure, while other reports had Boston’s offer at $125 million over five years. It’s clear that Olney is tapped into this Red Sox/Martinez/Boras situation, too, and that Heyman doesn’t have a monopoly on the information just because he runs favors for Boras.

If Olney is saying that Martinez is going to end up with the Red Sox “soon”, then I’m just gonna kick my feet up on this desk right here and patiently wait for him to walk through that clubhouse door down in Fort Myers. And when he does, there will still be doubts about whether or not the Red Sox still have what it takes to contend with the Yankees in the American League East. Good. I’d much rather be the talented team that nobody expects to come out on top than be the talented team that everybody expects to have a one-way ticket to the World Series. Been there before. That one doesn’t end well.