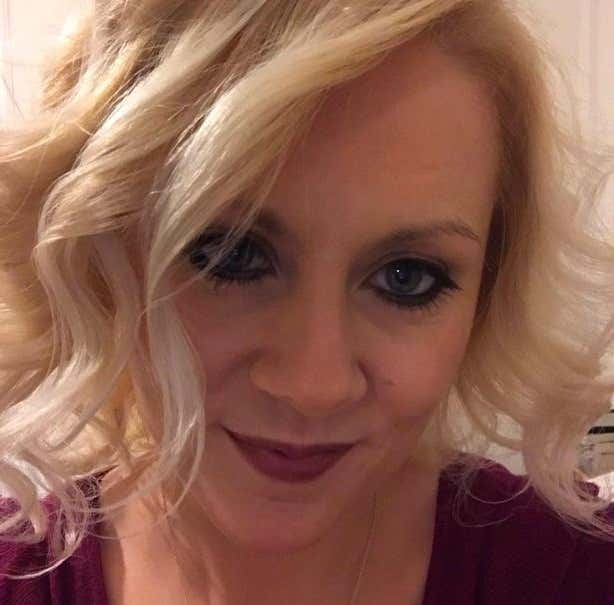 [Author’s note: I’ve got a backlog of these things I would have posted sooner, but it felt best to hold off, given the events of last week. Thanks for continuing to send them and your patience. You guys are the best. #NotLosers]

UK – A shamed teacher struck off for her affair with a pupil has reinvented herself as a business guru.

Eppie Sprung – who was caught in the act with the 17-year-old – boasts of helping charities and private firms bag funding and boost their profiles through her Here for Growth venture.

And the 31-year-old yesterday rejected suggestions that being placed on the sex offender’s register for her relationship with former pupil Matthew Robinson would hinder her work with charities linked to young people.

But she was then caught half-naked with him in a lay-by by police following a school dance in 2012.

A pupil had called police after spotting the teacher leaving the end-of-term function with her young passenger.

The fling cost Sprung her job of four years and ended her two-year marriage to her lecturer husband Ranald – son of former Solicitor General Lord Dawson.

She then moved her young lover into the marital home – to the fury of his family, who claimed she bombarded their son with gifts, including football tops and Xbox games. …

In her CV, Sprung describes herself as a “driven and enthusiastic individual with a commitment to excellence” and lists “coaching and mentoring” as being among her skills.

What’s that line by William Wallace? Every man dies, not every man really lives. How many great accomplishments has Eppie Sprung packed into here 31 short years? She got an education degree. Became a teacher. Married the son of a British Lord. Helped a student in need. Banged him. Got caught in the act by the cops. Got divorced. Got fired. Replaced her ex-husband with the student. Made the sex offender registry. Changed her name. Then started a business.

I mean, that is impressive. Her bio reads like Ben Franklin’s or Nikola Tesla or somebody. You look at a list of successes like that and it’s almost enough to make you think she somehow has more hours in her days than the 24 the rest of us get. You might assume potential clients aren’t going to want to do business with a woman who cheats on her husband with an underaged kid and names her business Room for Growth, but if you bet against a go-getting achiever like Eppie, you’re going to lose every time, I promise you that. If she ever takes RfG ever public, I know where my money is going.
The Grades:
Looks: Scrape a couple of kilos of that Kabuki makeup off of her and she’s not bad. Sort of an Amy Schumer type. If instead of wallowing in self pity and begging people to validate her, Amy took care of herself and improved her appearance. I’m on the fence here, but I think B- is slightly too generous.
Grade: C+

Moral Compass/Bad Judgment: Where do you begin? Leaving the dance with kid for the world to see. Getting caught in the middle of a “lay by.” (You have to love British tabloids.) Cucking her almost famous husband. Showering the kid with soccer jerseys (I think that’s what “football tops” must be) and game systems right in his parents’ faces. And starting a business venture where she’ll be around other youths. The Brits are starting to close the SST gap before our eyes.
Grade: A

Overall: B. It feels good to be back on the GtNSST train.