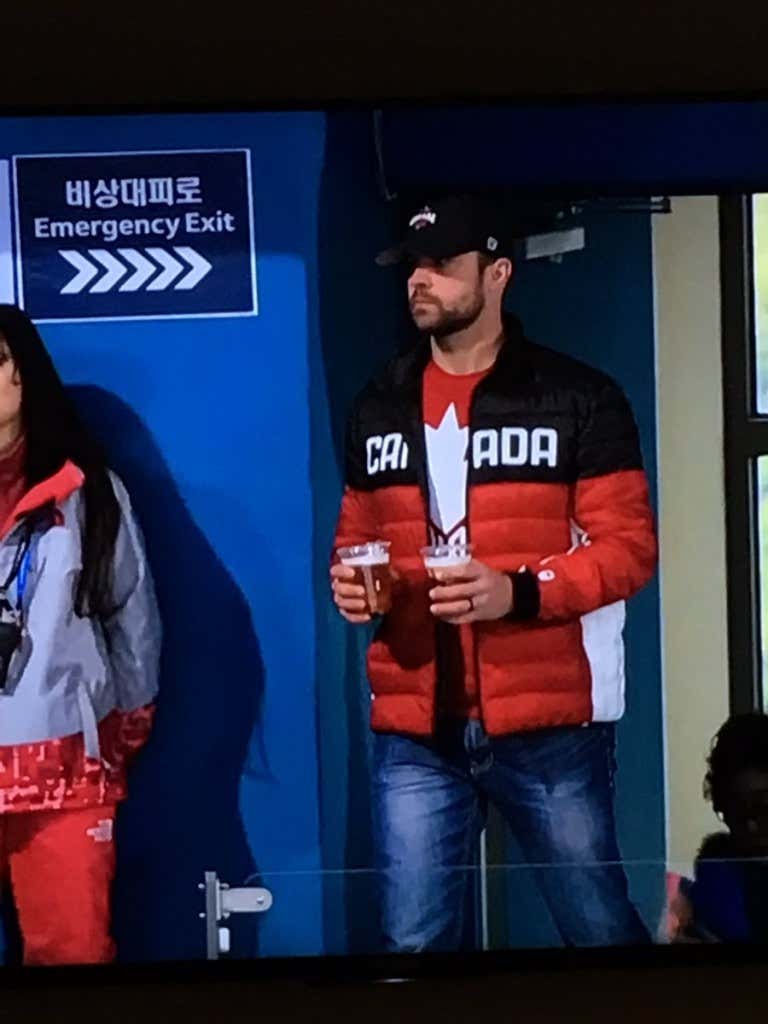 The more I think about it, the more I think being a significant other of an Olympic athlete would actually be better than competing in the Olympics yourself. You get to go over to the games and enjoy everything that they have to offer, but you also don’t have to put in any of the work. Like this guy’s wife has probably been training non-stop for the Olympics. I know that curling doesn’t seem like anything that would require a ridiculous amount of training for but as we’ve seen by our fellow bloggers, that shit is not easy. Now I’m sure that this dude has been a supportive husband throughout the training process but it’s not like he has to actually do any of the work. He just gets to sit there, drink some beer and watch his wife toss some rocks all the way to Pyeongchang.

Then the Olympics finally get here. I know that there’s always a ton of sucking and fucking that goes down in the Olympic village and it’s essentially the most athletic frat party in the world once the athletes are done competing. But when they still have events to compete in? You don’t get to have any fun. You’re just in a foreign country trying to win the biggest game of your life. That doesn’t exactly sound like a walk in the park. Especially not if you end up failing on the world’s biggest stage. But if you’re just the husband of an athlete who is competing? Well guess what that means. It means 9am beers for the boys. Double fisting for breakfast. That’s what it’s all about right there.

Only 3 people/teams end up on the podium after each Olympic event. But anybody can get blackout drunk in the stands. So all I’m saying is you have a much better chance of having the time of your life at the Olympics as a significant other of an athlete than actually being an Olympic athlete yourself. Now here’s to hoping they have Molson in South Korea for buddy over here to suck down.