The wait is over. After 3 months of the baseball offseason being insanely quiet, the Orioles have finally made some additions to their 2-man pitching rotation. One guy is a familiar face and we all figured he would be back, and the other is a guy that has been linked to the O’s in the past. Now we’re cooking!

Last week the Orioles signed righty, Andrew Cashner to a 2-year deal worth $16 million. It’s not a needle mover by any means, but it was a necessity. Mostly because the Orioles literally had Kevin Gausman and Dylan Bundy penciled in, and that was it for starters. Cashner is a veteran who has been around the block. Seems like they have been flirting with Cashner for years, and Orioles VP of Baseball Operations, Brady Anderson said he has been in contact with Cashner since November, seemed like it was bound to happen. As I said above, it doesn’t move the needle that much, it isn’t a move that brings them any closer to the Yankees, Sox, or hell, even Jays that much. But it had to happen.

The 31-year-old sports a career record 42-64, but a career ERA of 3.80. He has a surprisingly bad ERA for playing on some shitty teams over his career. He has a strange year for the Rangers last year, going 11-11 with a 3.40 ERA, but posted a career low K/9, 4.6. He doesn’t walk a ton of guys either, and somehow managed to keep the ball in the ballpark pretty well last year. Texas isn’t the sandbox that Yankee Stadium is but its def a hitters park, impressive that in that heat with a decent team that he only gave up 15 homers in 28 starts. He averaged almost 6 IP per start last year, so thats automatically an upgrade over the O’s staff of 2017.

He won’t be a 3.30 or 3.40 ERA guy for the Birds next year, but I expect him to be decent. I’m hoping he is more of a mentor for Bundy, Gausman, and eventually Hunter Harvey. It’s a relatively cheap deal with some money deferred, and is no where close to a deal that can handcuff the Birds. He does have a vesting option that will kick in for $10 million in 202o if he hits 340 innings in the next 2 season, and it becomes a player option at 360 innings pitched. If he does well, then they got a steal for a veteran, if he sucks, then it’s only $16 million. Low risk, medium reward. I know Buck makes players keep a nice trim beard, but we may have to make an exception. 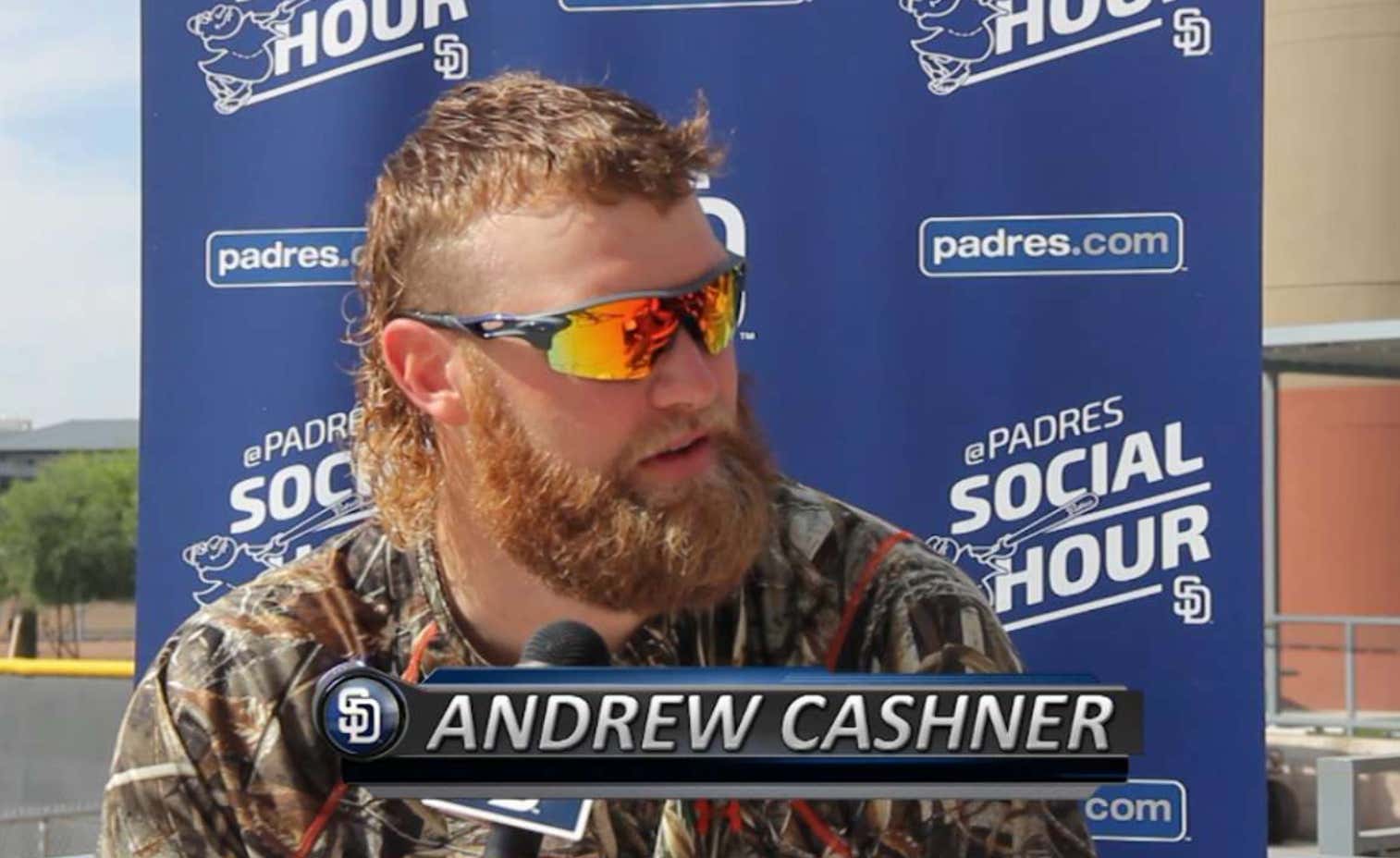 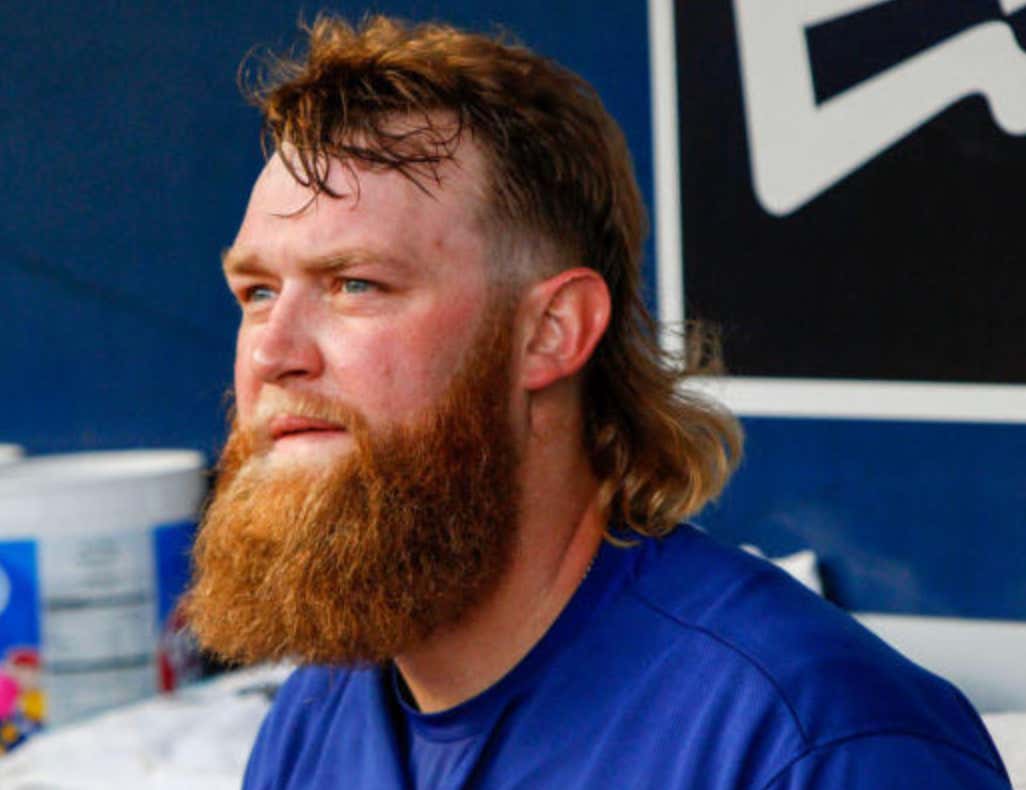 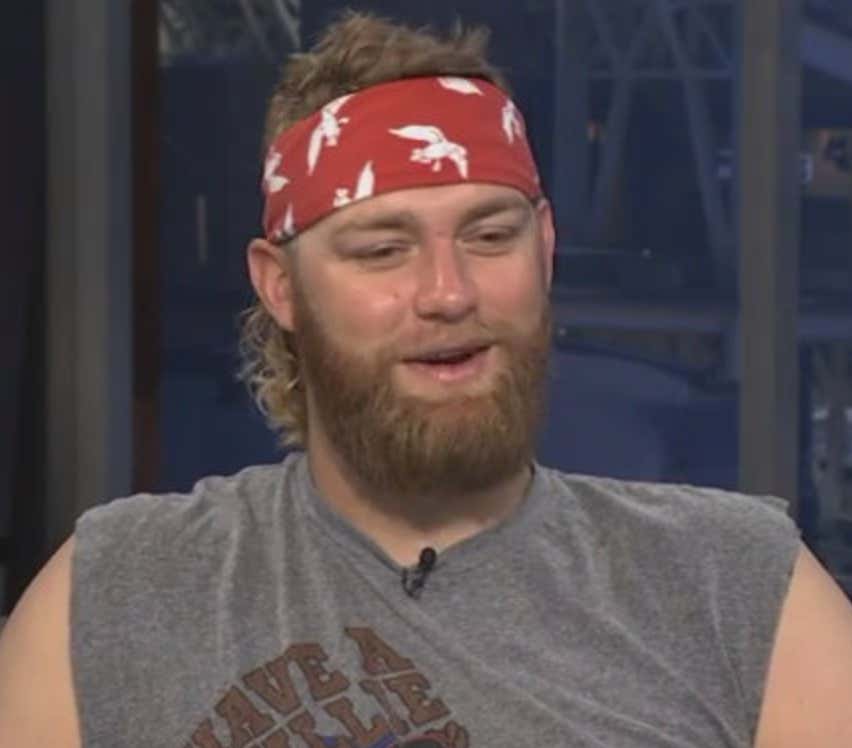 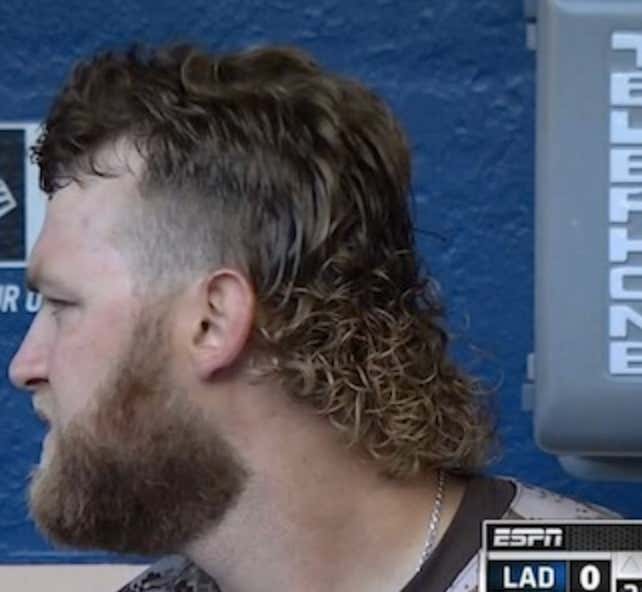 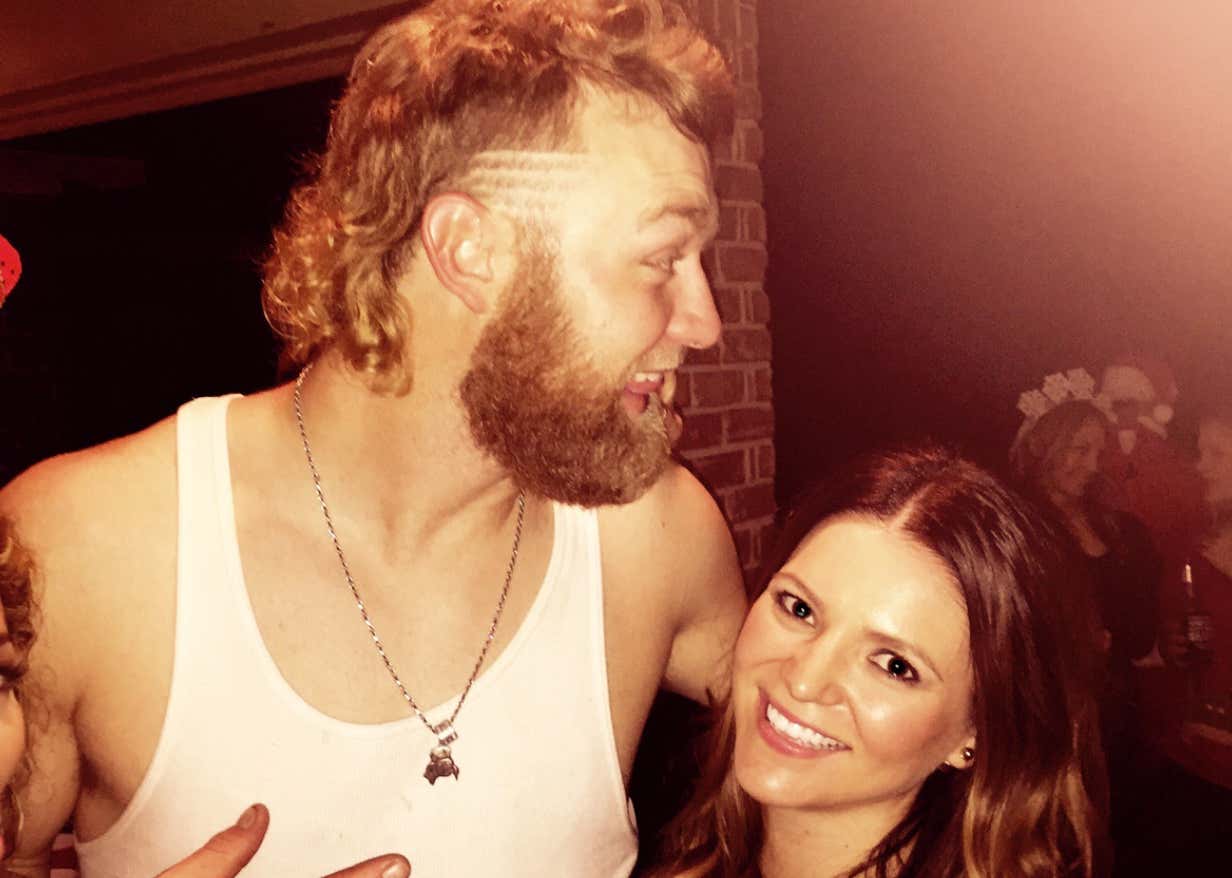 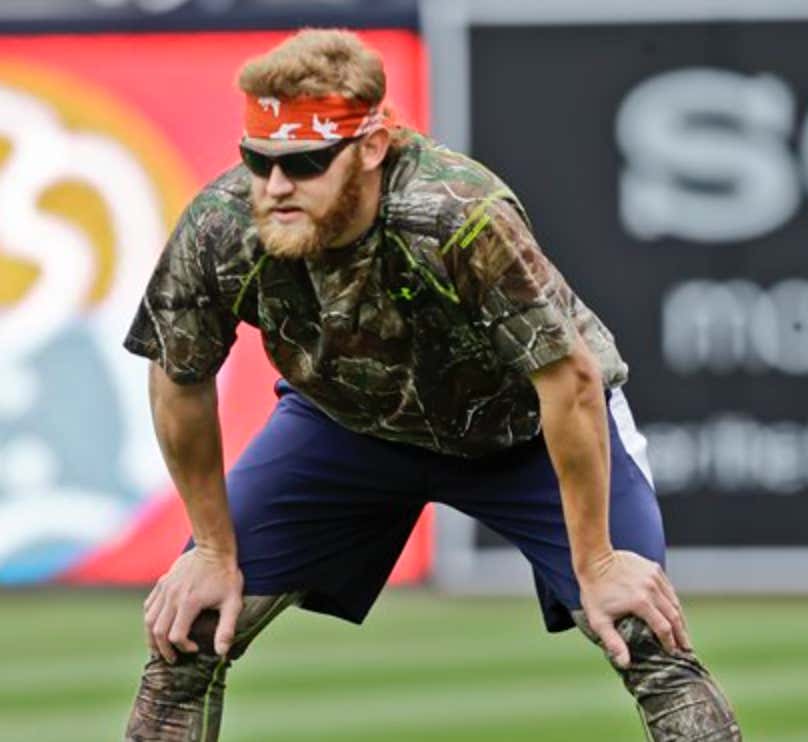 I mean this guy literally drips sex. My guess is he’ll be a HUGE Wayward and Banditos guy. 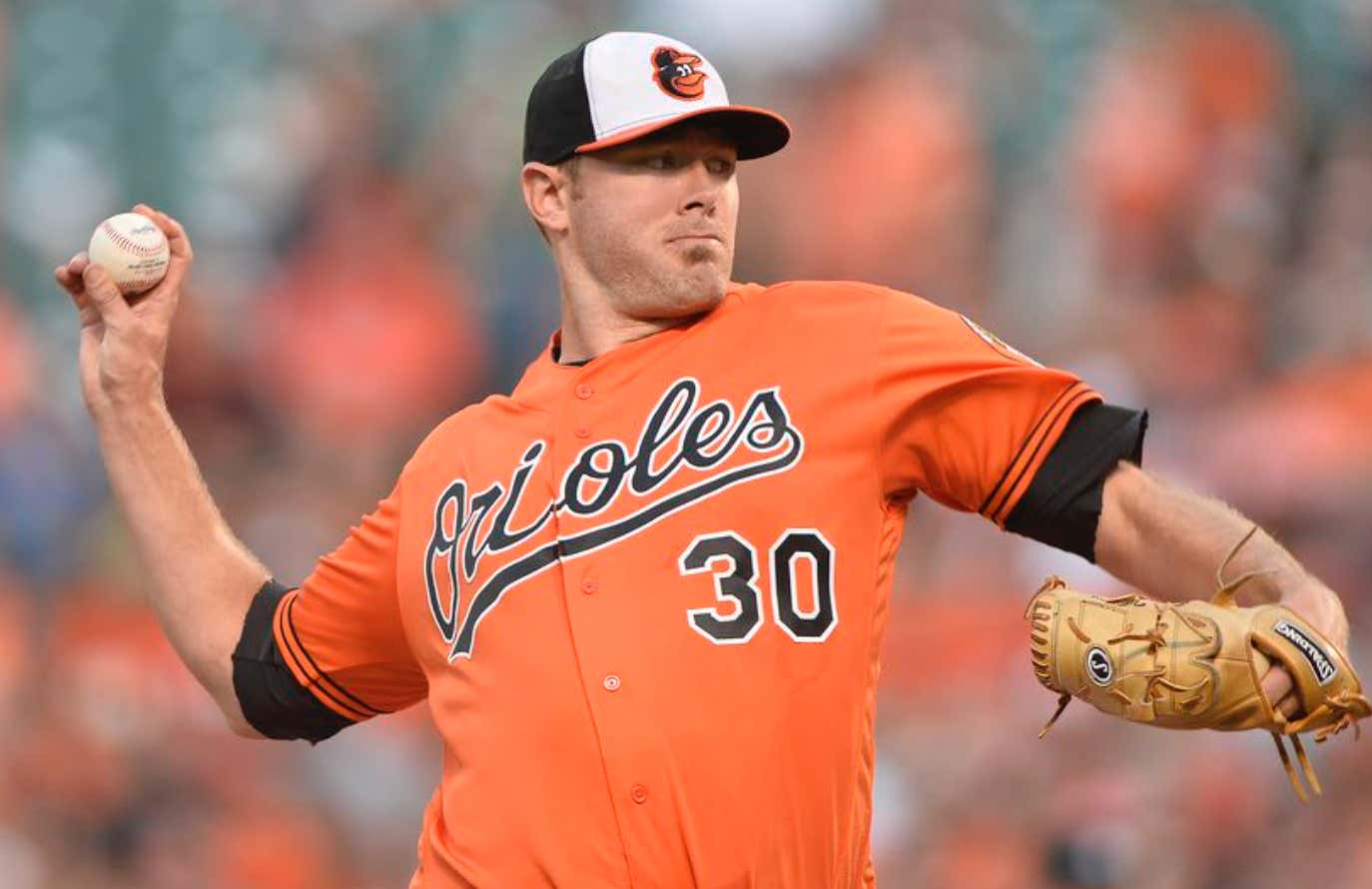 As reported by Jon Heyman, Chris Tillman was deciding between a few teams, the Orioles, Twins, Tigers, and possibly the Blue Jays, but the righty who posted career worst numbers in almost every category last year decided to come home to Baltimore and signed a 1-year “Prove It” deal worth $3 million guaranteed, but can jump up to $10 million with incentives. Tillman has been in the Orioles organization for 11 years, coming over with Adam Jones in the Erik Bedard trade (shout out Mariners).

Starting in 2012 when he became a full time starter for the Birds, and through 2016, he was easily Baltimore’s best pitcher. He went 65-33 over that time with a 3.81 ERA and 1.253 WHIP. During the 2016 season he was quietly putting together a Cy Young caliber season, starting out 14-2 with a 3.18 ERA. A shoulder injury in August slowed him down, and you could tell he was never the same. ERA jumped, and he just never looked like that Tilly we saw early in the season. January 2017 it was reported that he had a PRP injection in his throwing shoulder and wouldn’t be ready for Opening Day, and it appeared he was never really ready to pitch in 2017 at all.

These numbers he posted are literally disgusting, some of the worst ever.

It was very clear he wasn’t healthy, and his mechanics were all out of wack. The once reliable Tillman had to be regulated to the bullpen. Just a disaster of a contract year for Chris, but this prove it deal may be what he needs to bounce back. He literally lives next to the Orioles Spring Training facility in Sarasota, fishes in the pond in the complex, and has been working out there in the offseason. Not sure if you’ll ever see a free agent allowed to workout in a team’s facility without a contract, but it was pretty clear this was going to happen. He did have interest from the teams I mentioned above, but they would only offer him minor league deals. Not a great look when other teams are thinking minor league deals, but the second he signs with the O’s he’s their #4 starter. But that is what happens when you have a historically bad staff the year before.

Like Cashner, it’s a very low risk, medium reward move. This move is banking on Tillman being healthy and regaining his April – July 2016 form. I don’t think the team would have gone near him if they didn’t think that shoulder was all healed and better, so I think there is a chance we will see something like the 2016 Tilly. If he throws up a stinker like 2017, then you just have to pray Bundy and Gausman win 30 games each.

Now let me be clear, neither of these deals are getting Orioles fans excited, we’re not idiots (some of us are). It’s clear this team is not going to be able to compete with the moves the Yankees made this year, and they are still miles behind the Sox. Hell, they may not even be on the same level as the Jays this year, but these moves needed to happen. They still need a another few guys to fill out the rotation, obviously Miguel Castro’s name is the hot one in camp, and he’s a guy people want to see get a chance. But I swear to god if I have to see Mike Wright, or  Rule-5 guy Nester Cortes, or Gabriel Ynoa start for this team I’m going to be sick.

O’s are still rumored to be involved with some free agents, Colby Rasmus, recently DFA’d Corey Dickerson, 2 left handed outfielders with some pop. Wouldn’t really hate either, but if I have my pick I’d take Dickerson. Jarrod Dyson’s name has been tossed out there, as as Rockies outfielder Carlos Gonzalez. It’s obvious they need to add another starter or 2. Last week it was reported that the Os and Lance Lynn’s reps have been in communication, but nothing concrete came from that. If he fell into their laps with a 3 or 4 years deal, I would be in favor of that.

As Spring Training moves on and more dominos start to fall, I’ll have all your updates.