For those who don’t have twitter essentially here is your nutshell recap.  So for starters Rapaport and Smitty hate each other.  After Smitty beat Chef at #RNR2 Rapaport went nuts asking Smitty if he was on the juice . He was spamming everybody on twitter asking Smitty to answer the question. Then this happened. 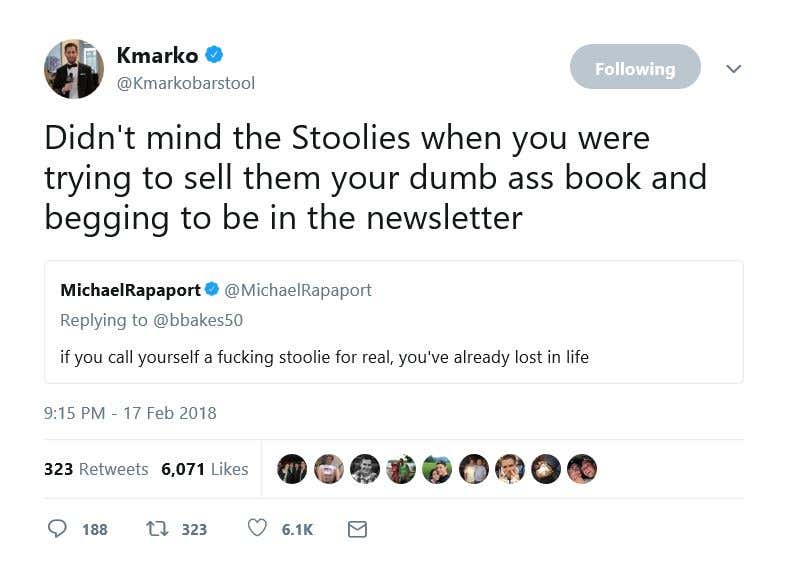 Once this tweet became public it went from a school yard fight to WWIII.  Things got especially hostile between KFC and Rapaport both dragging up the worst moments in each other’s personal lives.  And on and on it went.  Rapaport vs. all of Stoolie Nation.   Not the best look for anybody involved since Rapaport is being paid by Barstool Sports to be part of our world.   Meanwhile I was just on a date trying to get laid not looking at twitter.  When I woke up this morning I promptly fired Rapaport.  Am I hero?  No.  It was the biggest no brainer in the history of no brainers.  You can’t shit on our entire fanbase and still expect to work here.   This was a business, money, passion, loyalty decision all in one shot.   But if you want to call me a hero I won’t argue with you.