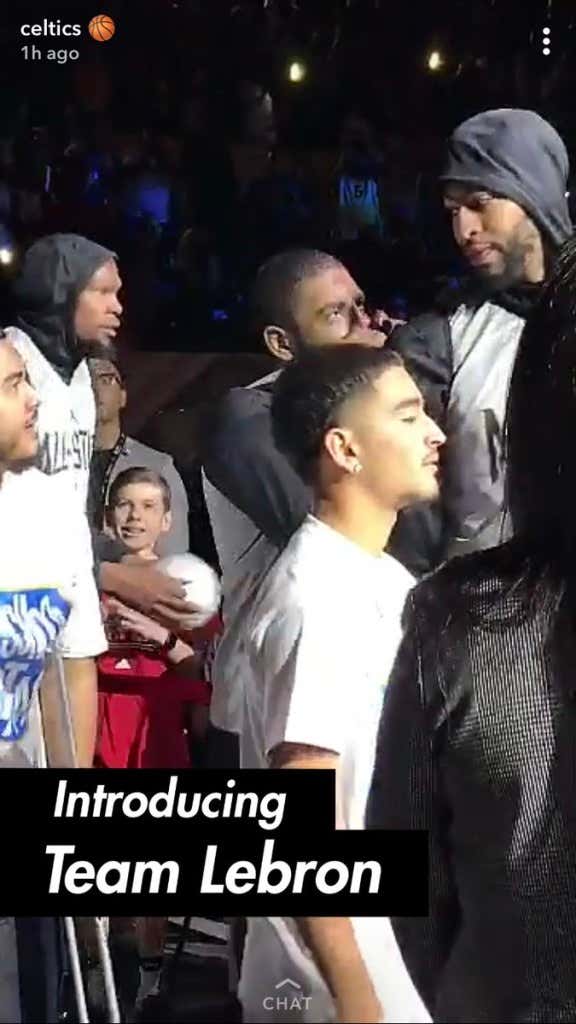 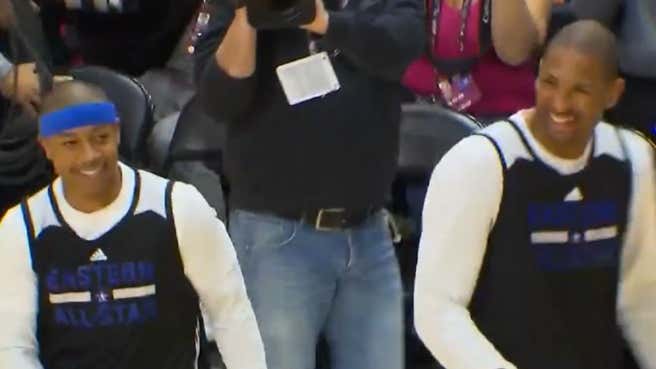 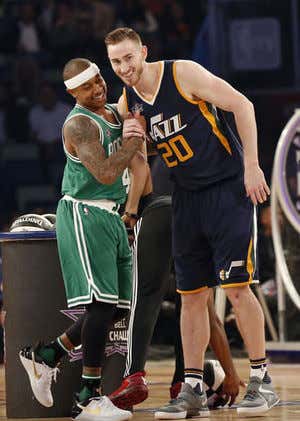 Live look at a certain someone as he types this blog

Look there are a lot of responsibilities when you become the star point guard of this new age Boston Celtics. Not only are you tasked with taking the rebuild to the next level, but also to play at not just an All Star but an All NBA level and take this team deep into the postseason. In addition to this heavy burden it is the point guard’s job on this team to recruit top end talent. A trend started by Isaiah, it’s great to see Kyrie is picking up right where he left off, and I can’t say I hate his target. Look you can hate the Celtics all you want, but the proof is in the pudding. If we set our sights on you at an All Star weekend, you will one day become ours. It may not be right away, it may not be this summer, or even next summer, but it will happen. Look at the face of Anthony Davis right there, even he can’t deny whatever Kyrie is telling him. Probably talking about how Boogie may not be the same player, and there is no shot the Pelicans ever make the jump in that conference. If I had to guess I’m sure Kyrie is explaining the Celts cap situation in 2021 when AD hits the market. He’s telling him about how he’ll have his extension and the roadmap Ainge has in place to get back to the Finals. Kyrie’s eyes say it all, he knows what he’s doing, he knows he’s planting the seed that will one day grow into a beautiful on court relationship.

Non verbal cues ever heard of them? AD is saying yes without even saying it. Oh and do you find it a coincidence the Celtics kept the number 5 open? You may be thinking it’s because they are one day going to retire Kevin Garnett to the rafters. I choose to think it’s because 23 is already retired and 2+3=5. Boom.

Yes, this was a “my team is playing such shitty basketball right now that I am looking for absolutely anything this weekend to spinzone into some fake fantasy so I can stop thinking about how terrible they have been” blog. It’s All Star Weekend so what.

Why you should believe in Kyrie’s powers 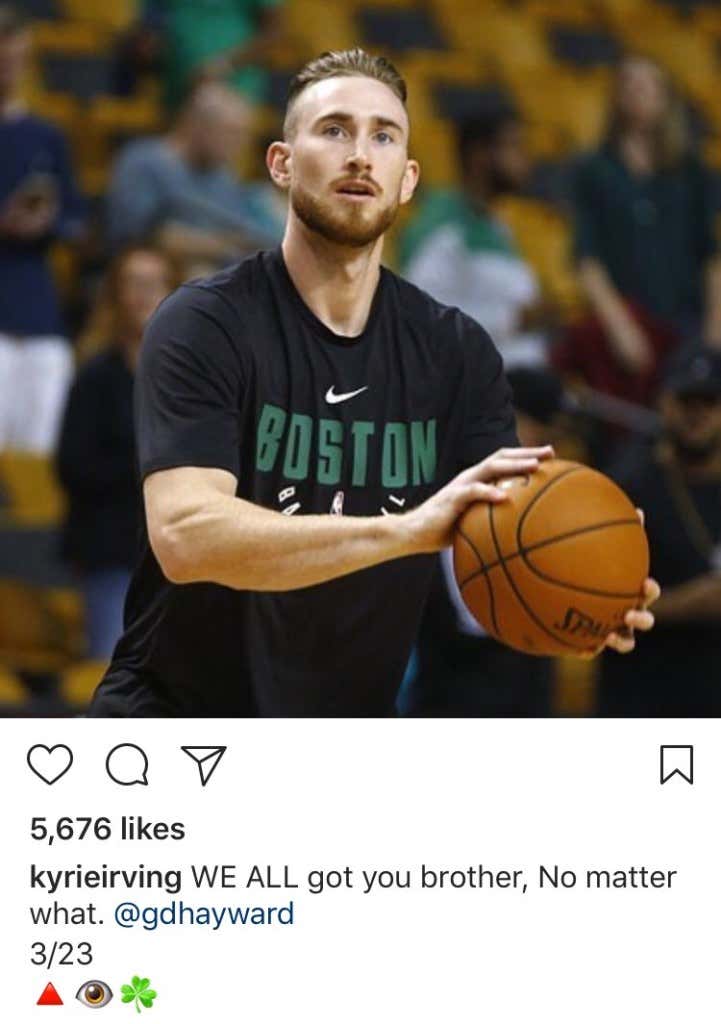