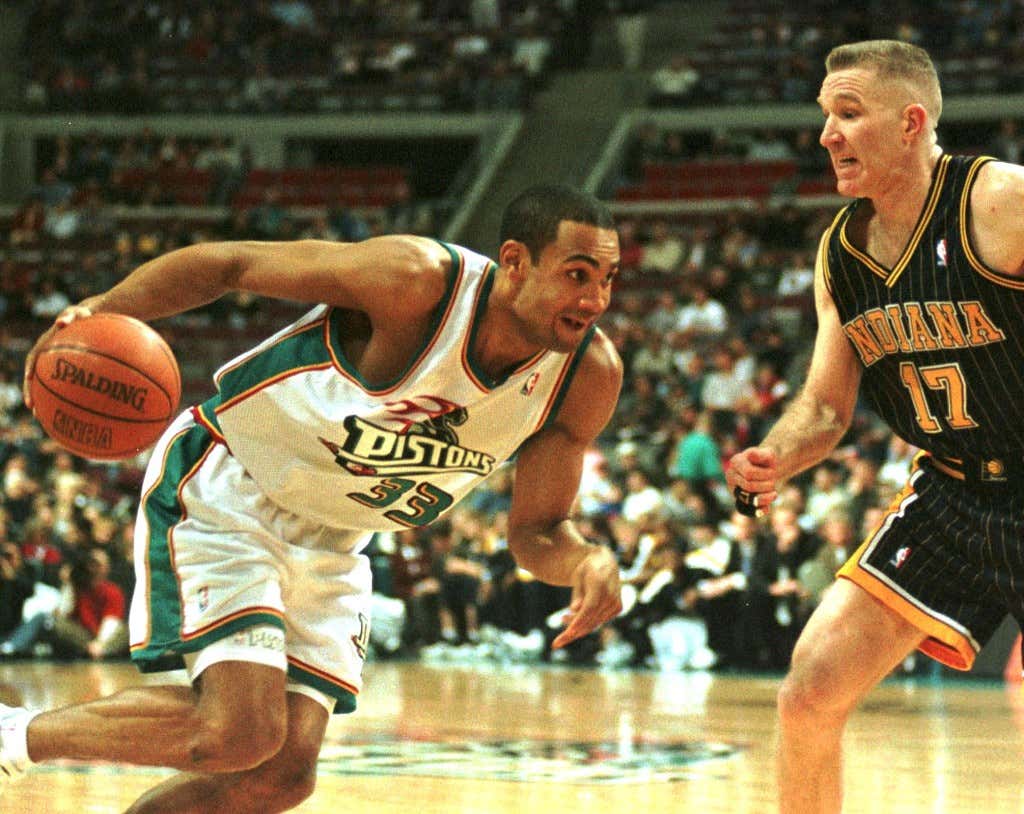 (NBA) – LOS ANGELES, CA. — The Naismith Memorial Basketball Hall of Fame announced today, at NBA All-Star Weekend, eight phenomenal players, three standout coaches, one exceptional referee, and one record-setting team as finalists from the North American and Women’s committees to be considered for election in 2018.

Holy shit what a class 2018 is going to be. Ray Allen, Steve Nash, Jason Kidd, Grant Hill, Webber, Maurice Cheeks etc from an NBA perspective is an insane collection of talent. We’ll know who made it for sure on March 31st, and for those who don’t know you have to get 18 votes from the 24 (75%) members of the honors committee to live for the rest of time in Springfield, MA. Safe to say many on this list will reach that criteria which just goes to show how stacked this class really is.

I fully understand that there may be some younger stoolies that might not have seen these first time eligible guys play in their primes, so allow me to show you a little bit of what they did, and then their HOF chances based on Basketball Reference (just focuses on NBA career)

A no brainer obviously. You don’t leave the second all time assist getting out of the HOF. To focus on just that area of Kidd’s game wouldn’t do it justice as he find himself all over the place in the NBA record books. He’s 4th in minutes, 9th in 3PM, 83rd in points, 2nd in steals, a 10 time all star, 5 All NBA 1st teams, 9 All NBA Defensive teams, just a complete beast. He changed how the point guard position is played and will have no trouble becoming a first ballot HOFer

What you’re going to keep arguably the greatest shooter ever out of the Hall Of Fame? I don’t think so. The All Time 3PM leader, 10 time all star, 29th in scoring, and guy who hit what can be considered the biggest shot in NBA history. I feel like when it comes to Ray many young fans just focus on his time with BOS/MIA and don’t realize just how legit he was during his years with MIL/SEA. He wasn’t just a shooter, he’ll dunk it on your face no problem. Got his title with the Celts and another with MIA, Jesus Shuttlesworth is a slam dunk

Hill is an interesting candidate. You could argue he was well on his way to becoming one of the best to ever play if not for his god awful injury luck. Those DET years were something else if you were around to see them. An All Star in 5 of his 6 seasons he was for sure one of the best players in the league after that 1999-2000 season. Then the next season went to ORL, got hurt and played 4 games and the rest was history. I think when you look at how dominant he was while healthy, and combine that with his college career, we’ll see Hill get it. At least I hope we do because everyone with a brain knows Hill was in a different class when healthy, and he still managed to play 19 years which is no joke. The ONLY thing I can see voters having an issue with is the question if he was dominant for long enough to warrant being a first ballot HOFer.

Despite never winning a title, I don’t think Nash is going to have that much trouble making it to Springfield. Obviously being a 2 time MVP helps, but so does being a 8 time all star, making 7 All NBA teams, 3rd all time in assists, and really being the floor general for a style of basketball we all currently enjoy. Those Suns teams revolutionalized offense in the NBA, and Nash obviously had a big part in that. We all know the league boned the Suns out of a ring with those bogus suspensions against the Spurs so I would hate to see the honors committee do the same.

Chris Webber is an interesting candidate. Much like Hill, the thing with him is injury and longevity. When he was on the court, the guy was as dominant as any power forward we’d ever seen during his time in SAC. His problem was he just couldn’t stay on the court, playing in 831 games over his 16 years in the league. That means he missed nearly 40% of all possible games. Webber’s resume is intriguing, with 6 All NBA teams, and 5 all star appearances, and then when you factor in his college career and the impact that had, I don’t know if Webber gets in on his first year of eligibility, but I bet he winds up in eventually.

It’s silly to compare HOF classes because you know, they’re all HOF talents, but this has to be the best class in terms of players in quite some time, probably since like 2009 (MJ, Stockton, David Robinson)? Or Maybe 2008? (Dantley, Ewing, Olajuwan)? Either way this class is full of deserving players that helped change and shape the NBA into what we see today, which makes me feel old as FUCK. We’re starting to see my generation of NBA players make their way to the HOF, and that is weird as hell.