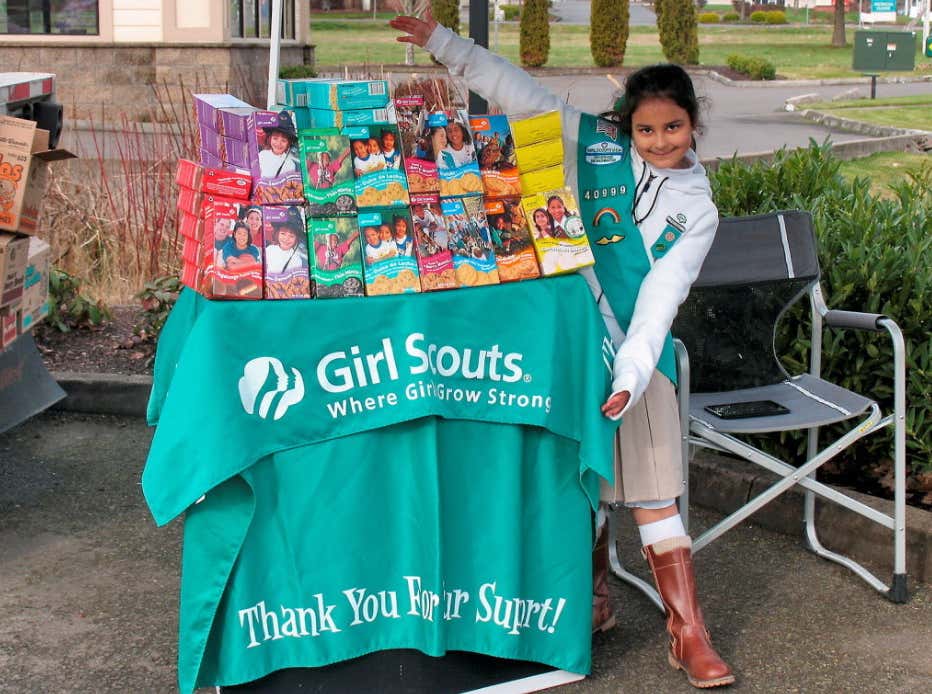 Mashable- There’s good news for Colorado residents prone to munchies: as of Friday, you only need to make one stop to get both Girl Scout Cookies and weed. Girl Scouts of Colorado updated its cookie sales policy to allow Girl Scouts to sell their boxes outside of cannabis dispensaries. This is a change of heart for the organization, which previously banned setting up cookie booths in front of dispensaries. In a deleted tweet from 2014, its Colorado council stated, “If you are wondering, we don’t allow our Girl Scouts to sell cookies in front of marijuana shops or liquor stores/bars.” Under the new policy, Colorado’s Girl Scouts will be allowed to set up cookie booths in front of previously-banned “adult-oriented” places, like dispensaries, bars, and tattoo parlors. In an email, Girl Scouts of Colorado spokesperson AnneMarie Harper said that it’s up to parents and guardians to discern whether or not a business is appropriate for cookie sales.

I’m almost positive the “Girl Scout sells Girl Scout Cookies in front of a weed dispensary and people go crazy about it” is a story we see every year. I’ve been blogging for 4+ years at this point and I have seen it come across the ticker 4+ years in a row. The same goes for the story about the small European town that pays homeless people with booze if they’ll clean the city streets. There’s just certain stories in the blog world that keep going around and around and around and around. This year’s Girl Scout Cookies/dispensary story was a little different cause it involved one Girl Scout snitching on anther Girl Scout for breaking the rules of selling in front of an “adult-oriented” business AKA a weed dispensary. My handsome friend and co-worker Chaps blogged that story when it happened.

Well now another wrinkle has been added to the story. The governing body of Girl Scouts (which apparently is a real thing) has changed their rules thus making it okay for Girl Scouts to sell cookies in front of weed dispensaries. Which had to be the easiest decision in the history of decisions. Not sure why it had to come to this. The ultimate goal is to sell Girl Scout Cookies, right? Well people who smoke weed love cookies. Weed is legal in Colorado. So these girls should sell cookies in front of weed dispensaries. Very simple equation and a little thing we like to capitalism (I think).

*There’s a good chance weed dispensaries are already doing this stuff and I just don’t know it. I’ve never been to one.