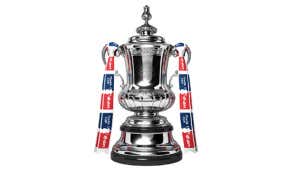 I’m still sporting a little chub from the midweek gloriousness this week. Spurs went to Turin, got kicked in the dick right off the kickoff, but still managed to walk away with a famous 2-2 win… Liverpool scored sexy goals galore… Real Madrid reminded everybody that even though they kinda suck this year they are still gonna claw, scratch, flop and steal their way into being a tough out in the Champions League (per usual)… and now for the best news: we get to do it all again next week.

Alas, no Champions League this weekend. In fact, not even EPL. Instead we gotta settle for some magical FA Cup. Not gonna be the most high quality soccer but hopefully there will be some David versus Goliath drama to make up for it. A girl can hope anyway. 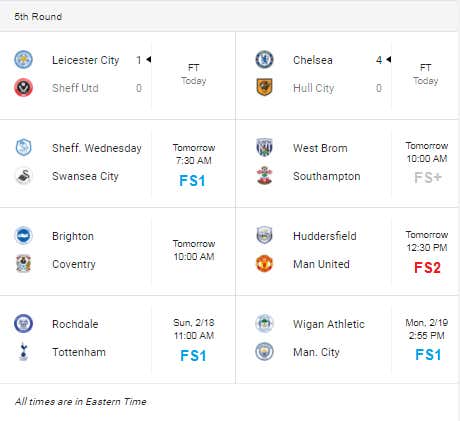 Things to keep in mind if you are thinking about betting your 401(k) on the games this weekend:

1) We are now far enough in the competition that bigger clubs will be less likely to rest a ton of starters, but even so some teams – especially those with important midweek games coming up (eg, United) – may end up sitting at least one or two key guys.

2) The elements matter. Anybody who watched Tottenham play at Newport Town last round knows what I’m talking about. The field looked straight out of the Battle of the Somme (bet you didn’t wake up expecting to see a WWI joke on Barstool today but here you are). 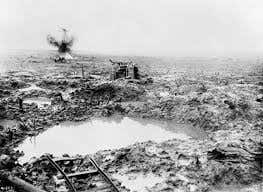 Picks/Random Shots in the Dark of the Weekend

Even ardent United fans would probably admit this has some clear upset potential. The Red Devils have not been playing all that great lately, and Jozay is in the midst of a dick-measuring contest with Paul Pogba, who Dear Leader is hell-bent on playing as a defensive midfielder. Why would you buy a Bugatti and treat it like a grocery-getting minivan? I have no idea. The most likely options include Jozay:

United is clearly the better team on paper. In fact, they just beat Huddersfield two weeks ago (albeit at Old Trafford). However, given the visitors’ poor form, the likelihood that Jozay rests some guys ahead of Sevilla on Wednesday, and the mighty tasty odds… I’d say it’s worth taking a flyer on the underdog. Huddersfield to win 2-1. 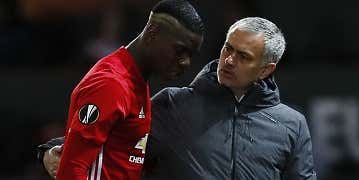 She said it’s a good size

Hot like fire having gone unbeaten in nine straight, including wins over Liverpool and Arsenal. Nahhh toooo bahhhh. However, January signings Ayew-A and Andy King are both ineligible to play in the FA Cup and the Swans are without half a dozen guys through injury. As for Sheffield Wednesday, they are basically the equivalent of a Hershey chocolate bar. Boring as hell and wouldn’t be my first choice to watch/eat but can get the job done in a pinch. They are great at nothing, but at the same time terrible at nothing. They play a defense-first style that could make things tough on the Swans who, especially without Ayew-A, could struggle to generate offense. I’m going with another upset: 1-1 draw.

Other picks (to increase the odds I eventually get one right):

• WEST BROM vs SOUTHAMPTON: Half the Baggies’ starting XI is in trouble for stealing a cab in Barcelona on Thursday. Instead of going to jail they just issued an apology and apparently are basically off the hook. Must be nice. However, the distraction of that plus the fact that Studge – you’re never going to believe this – hurt his hammy three minutes into the game against Chelsea on Monday… gimme Southampton to win 2-0. 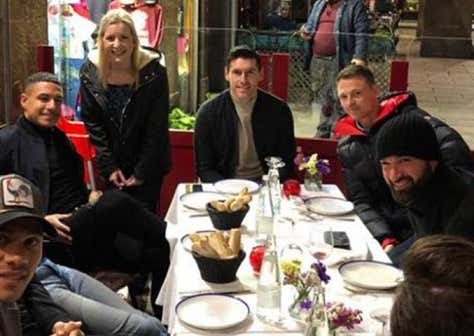 • BRIGHTON vs COVENTRY: Nothing like getting a League Two (fourth tier) club at home to make anybody look good. Brighton to win 3-1.

• ROCHDALE vs TOTTENHAM: Spurs have beaten Arsenal and United and drawn with Liverpool and Juventus in the last couple weeks. What would be more Spursy than losing to something called Rochdale? Answer: not too many things. The unknown variable in this equation is the Rochdale’s newly laid field. Pochettino rightly criticized the quality, essentially embarrassing the club into redoing the surface. How well it will hold up is anybody’s guess though. If it’s terrible some sort of ugly draw is not out of the realm of possibility. I’ll assume the field is at least mostly playable though… and if that is the case Rochdale – dead last in League One (third tier) – has zero chance. Tottenham to win 3-0.

• WIGAN vs MAN CITY: Wigan is pretty good sitting in 2nd place… in League One (the third tier). Could they shock the world? There two best shots would have been to play on a totally shit field because either a rugby game or a monsoon hits this weekend. Alas, the Wigan Warriors are on the road this week so Mother Nature is their best bet…

Germany: Youuuuuuuge game as 4th place Frankfurt welcome 2nd place RB Leipzig face off on Monday (1:30pm CT on FS2) battle to remain in control of their own destiny for finishing in a Champions League slot.

Spain: Barrrrrthelona have a bit of a test on Saturday as the visit Eibar (10:15am CT on beIN), a club that has been very tough to beat at home this season.

Italy: Juventus are chasing leaders Napoli and will need to win at 9th place Torino on Sunday (6:30am CT on beIN) in order to keep pace.

So there we have it, quick and dirty preview of the FA Cup weekend. I’ll be back with another heaping helping of Champions League goodness next week, but in the meantime a quick word from our sponsors: