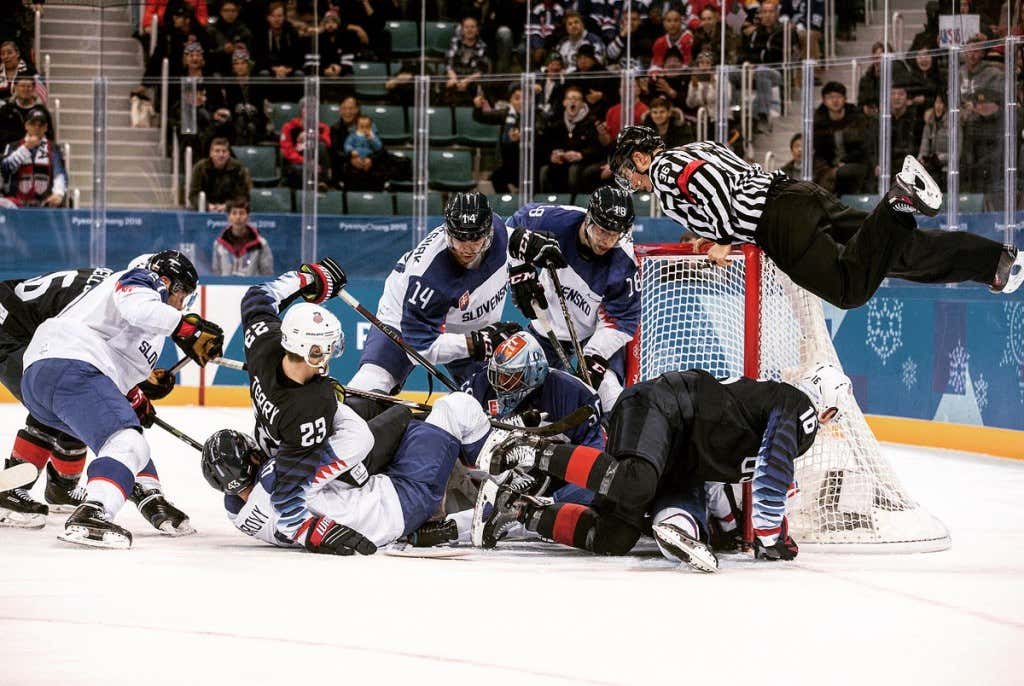 Okay so is this a bit extra? Maybe. But this is what we need to be seeing way more out of from the zebras. I am so sick and tired of seeing all these bullshit calls being made in these games all because the stripes are lazy sacks of shits who can’t get themselves into the right position. If this is any ol’ NHL game, that whistle gets blown at least 5 seconds earlier because the ref doesn’t care enough to get an eye on the puck and make sure it’s still loose before calling the play dead. But not our guy right here.

He understands the magnitude of this game. He realizes how much is on the line here and he’s going to officiate this game with the level of heart and intensity that it deserves. If that means he has to climb up on the net like it’s a jungle gym to make sure he has the best possible view on the puck, then he’s getting on top of that net with zero hesitation. Extra? Yes. Admirable? Even more so. You have to respect anybody who is that dedicated to their craft.

P.S. – Quick shoutout to the refs so far in Pyeongchang. Without any NHLers participating in the Olympics this year, everybody was worried the hockey tournaments were going to be a snoozefest. But between Captain Dick N’ Balls up top and this ref getting bundled during the women’s USA vs Canada game the other night…

…the stripes have really done a great job at filling in that void left by NHL players in terms of the tournaments’ entertainment factor.