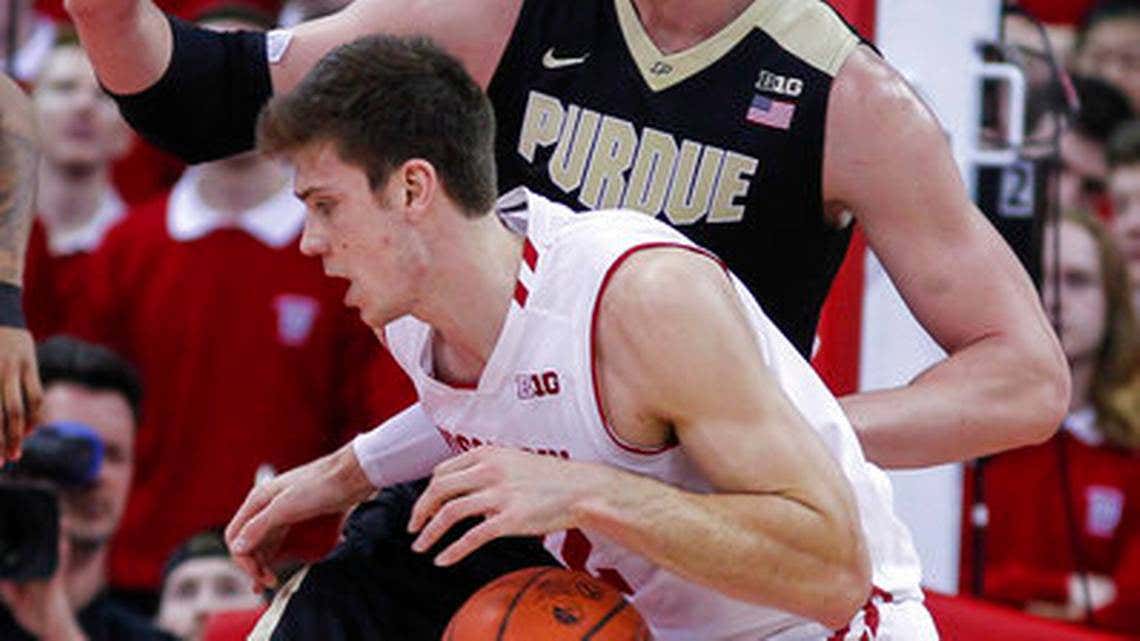 Oh, just another night in college basketball this year. This feels like a blog I’ve had to write about 10 times so far this season. What was supposed to be a ho-hum Thursday night with a mediocre slate of games instead turned into another bloodbath as three top-10 teams lost. There is a common theme here though – all three losses came on the road.

Here were the results:

These were important games for obvious reasons. First off, it’s continuing to show that this year is wide open. There are some great teams, but no real scary teams like we’ve seen in years past. Every time we start to think a team is starting to separate itself, it goes and loses. That’s sort of what happened here with Purdue over the last 10 days. We thought Purdue looked like the best team in the country or one of the 2-3 best teams at the worst. The Boilermakers have now lost 3 in a row including this one to Wisconsin which is the one bad loss. Teams are starting to defend Purdue a little differently, essentially giving up the shots to Isaac Haas in the paint in order to limit the amount of threes Purdue can take. Purdue is an excellent shooting team and as we’ve seen and heard so many times now, the 3-point shot is just way more valuable than a 50-60% shot in the paint. To me this is a little bit of a problem for Purdue going forward. What they do extremely well is pass the ball and play inside out. But, when the double doesn’t come, that means Purdue has to beat someone off the dribble. That’s not really their game.

The other two games? Well they were wildly important from a bubble standpoint. Houston all but clinched a NCAA Tournament invite with the win over Cincinnati. Penn State also is now squarely on the bubble with the sweep of Ohio State this year.

Let’s start with the Houston/Cincinnati game. It’s easy to look at this as a trap game for Cincinnati. The Bearcats host Wichita State on Sunday, playing on the road against a decent Houston team. What happened ultimately though was Cincinnati falling flat offensively. This wasn’t necessarily a tempo thing or anything like that but rather Cincinnati getting away from getting the ball to Clark and settling for shots. Houston was able to withstand a 10-2 start by Cincinnati and didn’t even get a great game from Rob Gray. Ultimately, Cincinnati still controls its own destiny to win the AAC, but a No. 1 seed seems unlikely now. They are still in contention for a No. 2 seed and a win over Wichita State keeps them right there.

Then there was Penn State kicking Ohio State’s ass to complete the season sweep of the Buckeyes. This puts Penn State now squarely on the bubble despite the loss to Rider early in the season. Ultimately that could be the game that keeps the Nittany Lions out of the tournament, but to sweep Ohio State is tasty. They also now set themselves up for a chance to get in, considering they have Purdue, Michigan and Nebraska down the stretch. The real winner here though is Michigan State, who now is tied with Ohio State for a share of the Big 10 title. Ohio State holds the tiebreaker over Michigan State, but the Buckeyes still have to go to Michigan while the Spartans end with games against Northwestern, Wisconsin and Illinois.