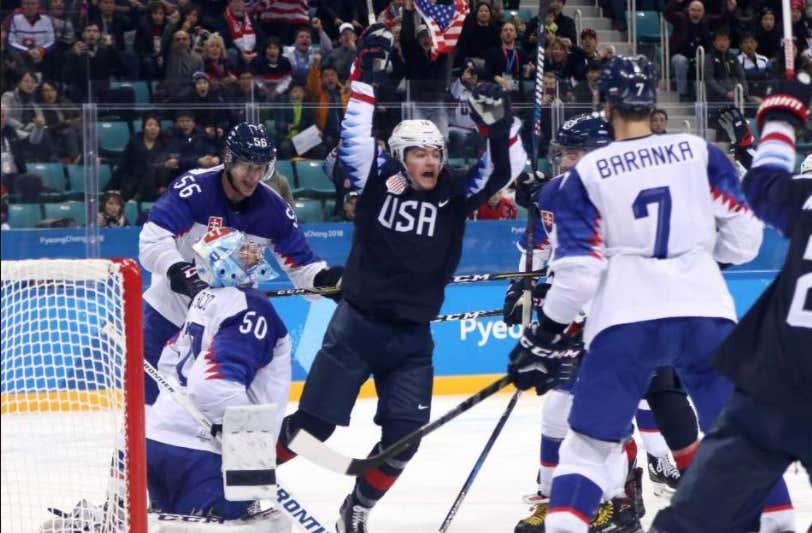 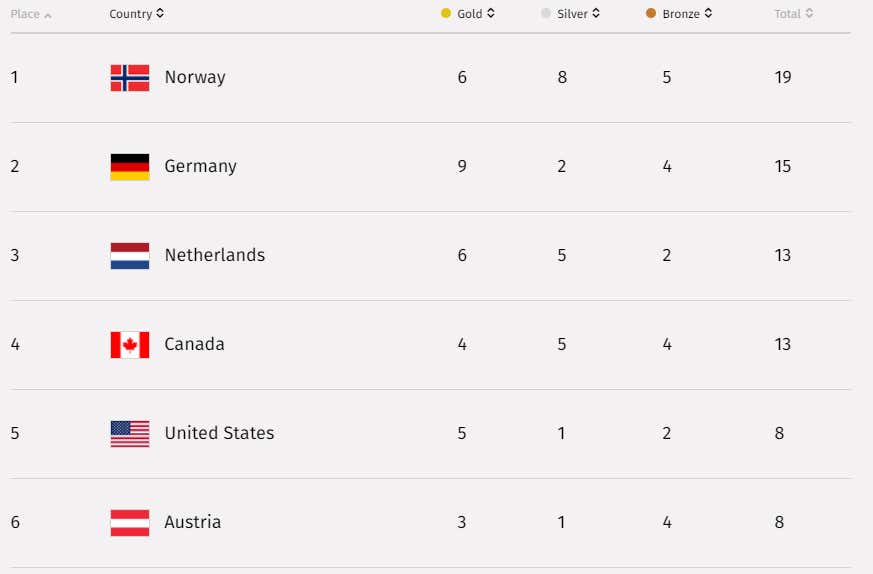 Welp. Pretty disappointing day for the Americans yesterday, picking up no medals and coming up just short of the podium in a couple of events. We’re starting to fall back from the pack, and Norway and Germany are probably out of reach for these games. Yesterday I said we should be directing our attention towards golds, and that may not yet be out of reach. It’s certainly an uphill climb, but there are only so many opportunities left.

The biggest disappointment yesterday was Mikaela Shiffrin failing to defend her gold medal in the Slalom late last night. She didn’t even medal finishing 4th with Swedish skier Frida Hansdotter taking home the gold. Mikaela is skipping the Super G tonight (or tomorrow depending on where you are), and is setting her sights on the downhill on Tuesday. 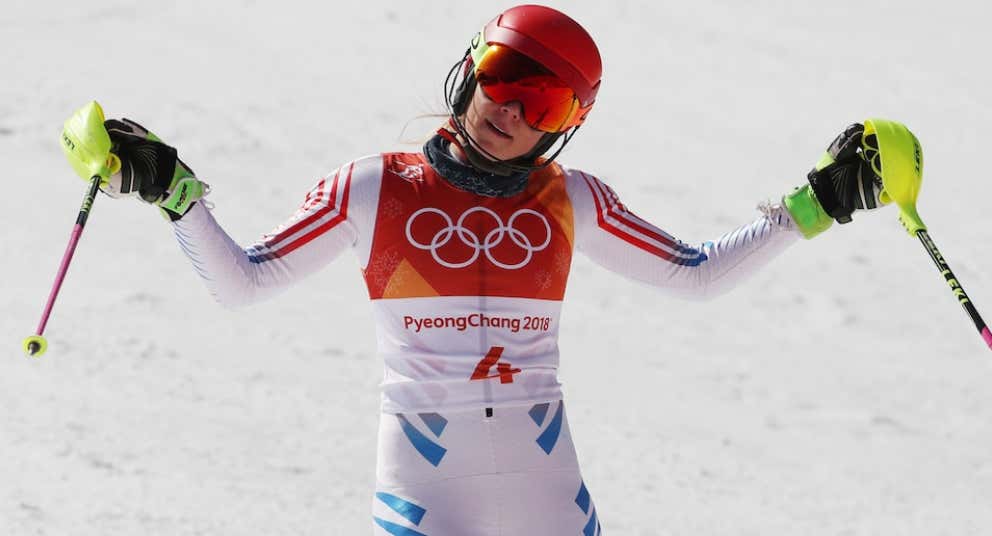 Another major disappointment was Lindsey Jacobellis in Snowboard Cross, whose history of Olympic failures is almost impressive at this point. She infamously celebrated prematurely and wiped out during the home stretch back in 2006, coughing up a sure gold medal in the sport’s Olympic debut. She was then involved in unfortunate crashes in 2010 and 2014 that kept her off the podium. 2018 was supposed to be her redemption story, and advertisers weren’t shy to market towards that. She had the lead halfway through the race and just ran out of steam, landing in 4th after a wild finish.

Seriously though, you have to feel for Lindsey. I can’t think of a single athlete who has dominated an individual sport so thoroughly for such an extended period of time, and failed to win on its biggest stage. Truly remarkable. 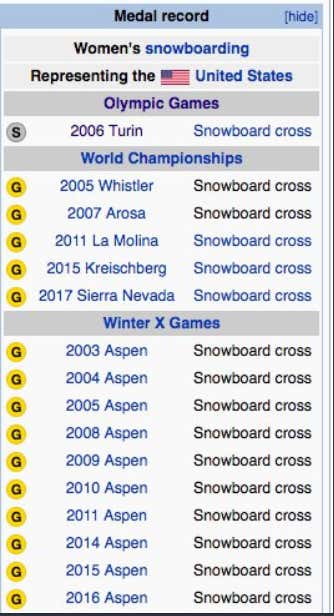 The short program in Men’s figure skating was also a mild disappointment, as Nathan Chen struggled mightily and is currently sitting in 17th place. While he’s only 18 and he’ll be back in the Olympics, he was truly considered the American’s best chance at a medal in this event. He has an uphill battle in the long program tonight, and that hill is probably too steep to climb.

On the other hand, Adam Rippon continues to be ELECTRIC. He skated rather early in the night and skated nearly flawlessly. He had the score to beat for a good chunk of the night and eventually was surpassed by the higher ranked skaters that skated after him, but he is definitely within striking distance if he can put together a great performance.

Is he excited for tonight? Obv.

The US men’s hockey team also earned a huge 2-1 victory over Slovakia, putting them in the drivers’ seat of Group B. Harvard boy Ryan Donato scored both goals, and Ryan Zapolski was strong in net after giving up a leaky one in the first period. This sets up a HUGE matchup between the Americans and Russians, who rolled Slovenia 8-2 overnight. Bye to the quarterfinals on the line at 7 AM Saturday, let’s go boys. 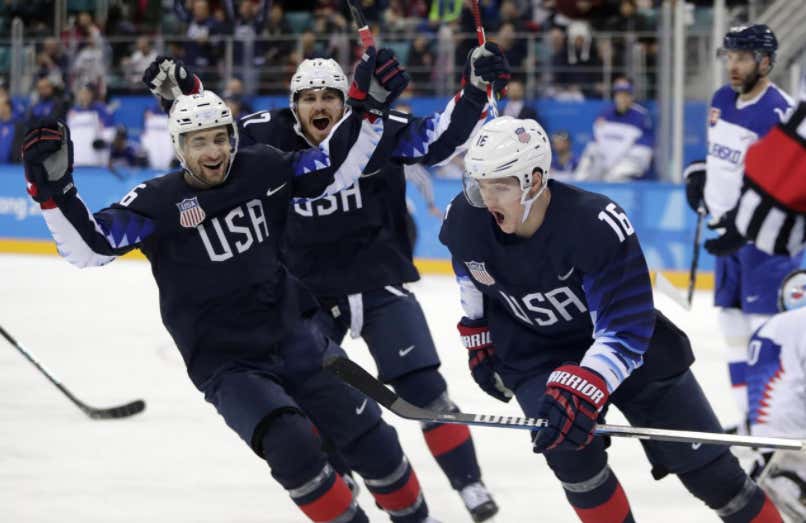 Get this ref a medal ASAP. Gold medal effort, no doubt. 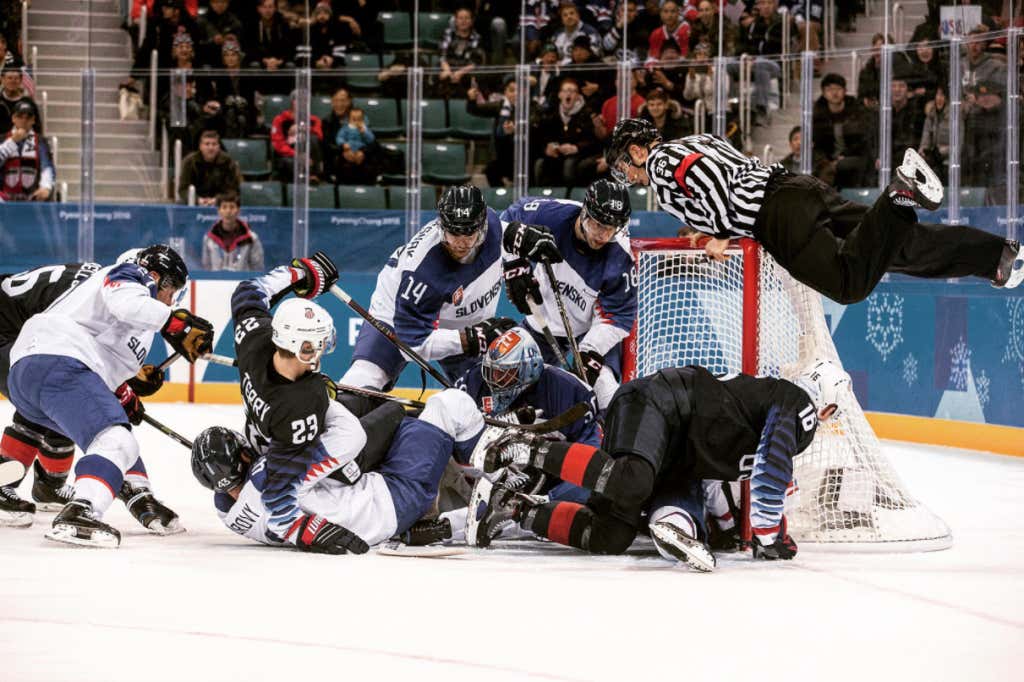 Lot of talk about South Korea’s Yun Sung-Bin winning the gold in men’s skeleton in his Iron Man helmet. Pretty neat to win for the hometown crowd, and set a track record while doing it too.

Those IOC nazi’s banned Japanese skater (and current leader) Yuzuru Hanyu’s Winnie the Pooh branded tissue box in the kiss-and-cry, so how did fans respond after his performance last night? 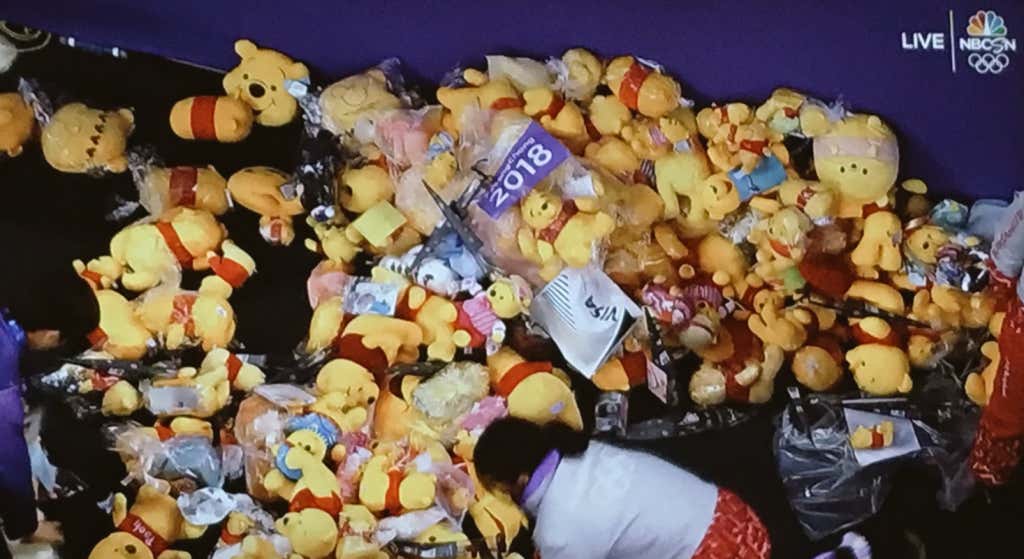 Tonight I’m obviously watching the men’s figure skating final. If Adam Rippon can put on a show like he has all Olympics on the biggest night of his life, we are in for a treat. This is also Johnny Weir’s time to shine. He’s gonna throw so much shade on all these Olympians. He’s so damn petty and I love every second of it.