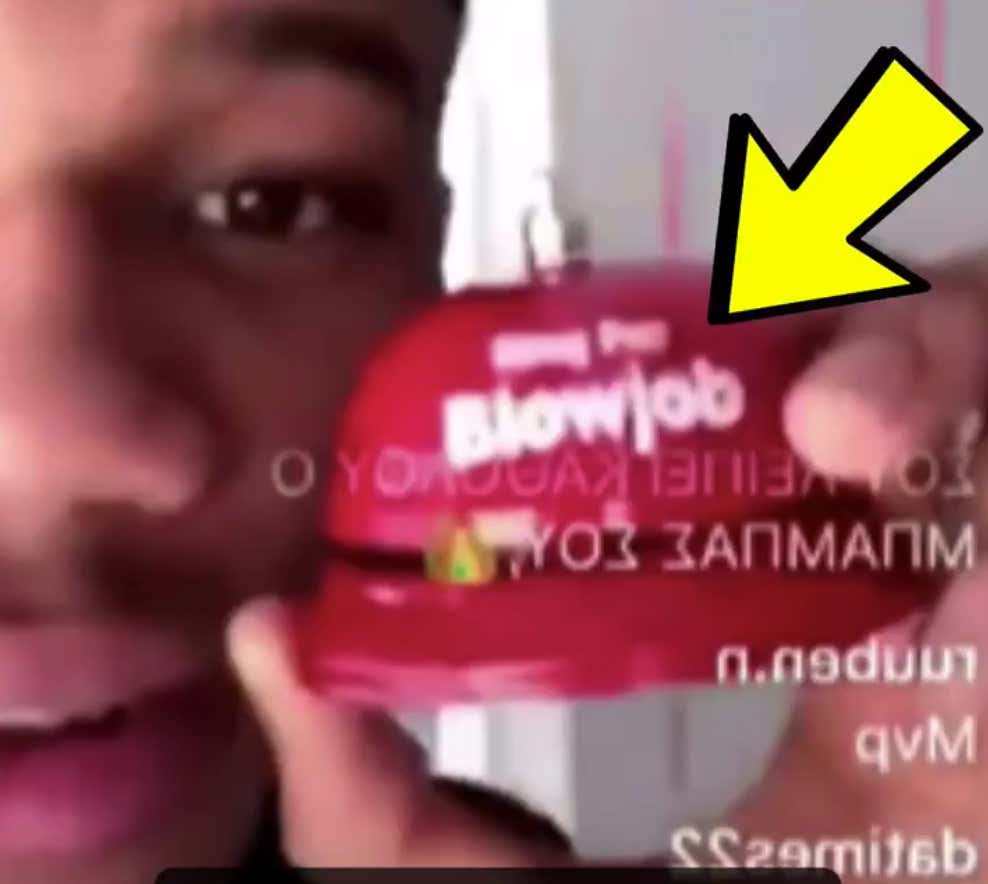 I mean it’s a two game slate.  Only maniacs play it to begin with.  You have to nail every single pick.  You have to cross your fingers and hope you can find the $3.6K guy who comes in off the bench and explodes for 40 points then never sees the floor for the rest of the season.  And you certainly have to nail your big money plays.  Which brings us to Giannis, who is the highest priced player of the night by a long shot. 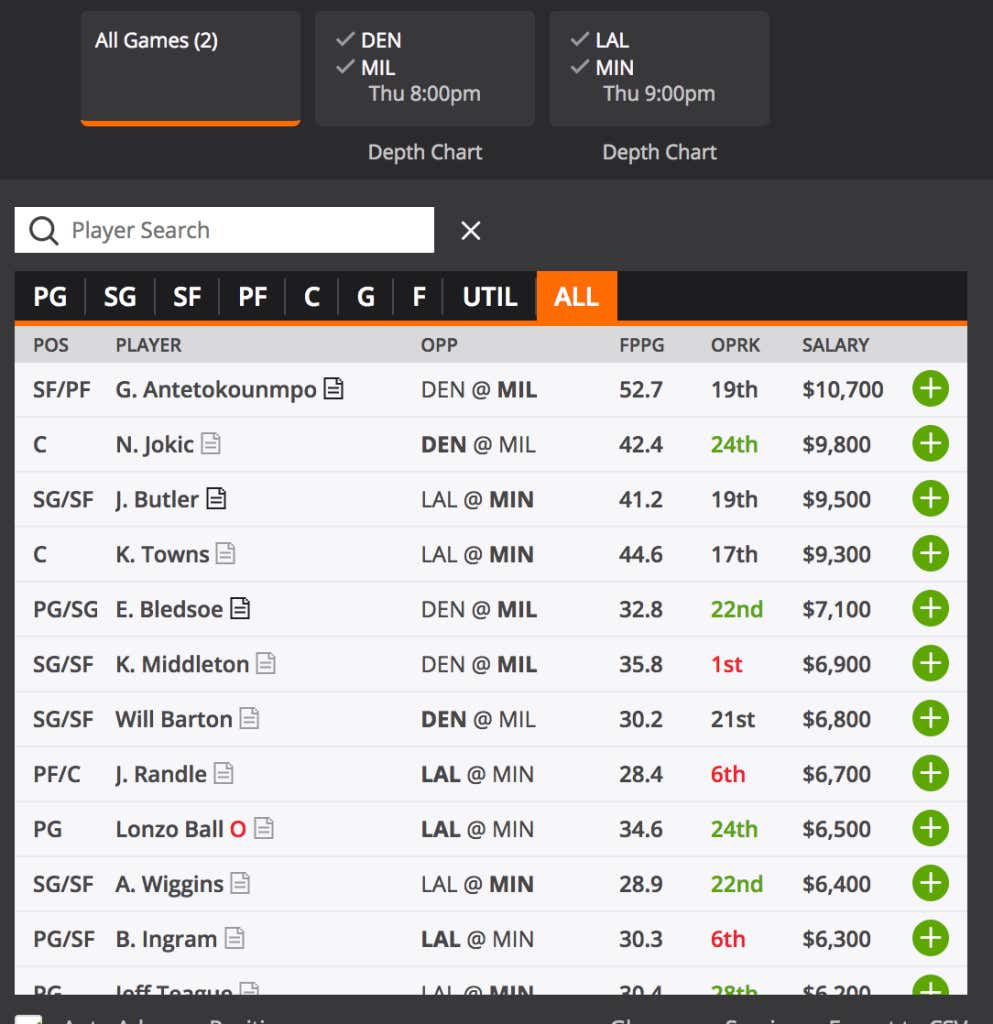 Is he worn out?  Has he been hydrating today?  Does he have cricks and sore spots from staying too long in an experimental position?  He’s already dealt with injuries this season.  Even back healthy he hasn’t been hitting value lately: 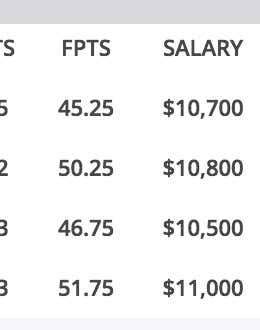 Now add a passionate marathon fuck sesh to the mix?   Man.  These are the type of external factors that make daily fantasy so tough.  You can analyze the stats and projections all you want – at the end of the day, when the ref throws the ball up, does a guy fully have his legs under him after ejaculating a dozen times the night before.

So it’s a tough call.  Can I play Giannis or not.