2) Scroll down to Camille’s Name 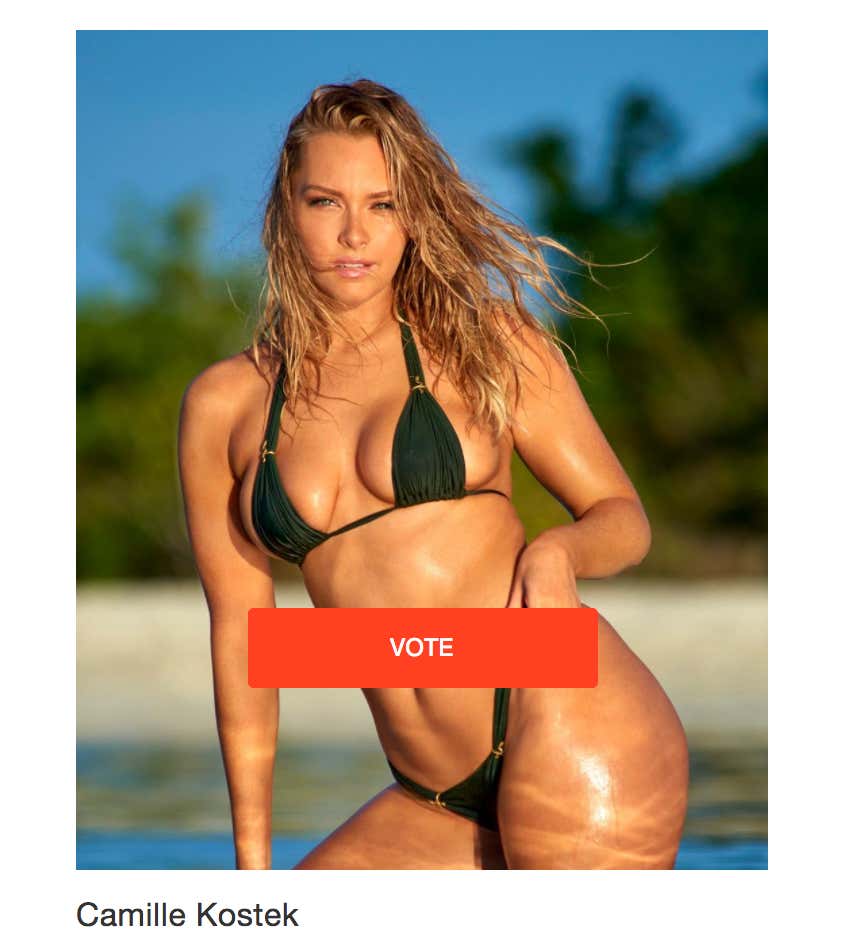 Shes a friend of Barstool, an absolute stunner, has a personality to match her looks, and on todays episode of KFC Radio she talks about getting naked in Belize, having sex in public, proposing threesomes and she makes fun of bloggers and all of the Barstool guys for being nerds. Whatta woman. The very least you can do for her after taking those SI pics and doing that appearance on the podcast is vote for her to officially join the SI team. Shes already in this year’s issue but if she wins this vote she joins the team full time and will be eligible to win SI Rookie of the Year and has a legit chance to blow up as a super model. So if your interested in that happening, vote.

PS – Also if you’re a Pats fan you should vote for obvious reasons too.