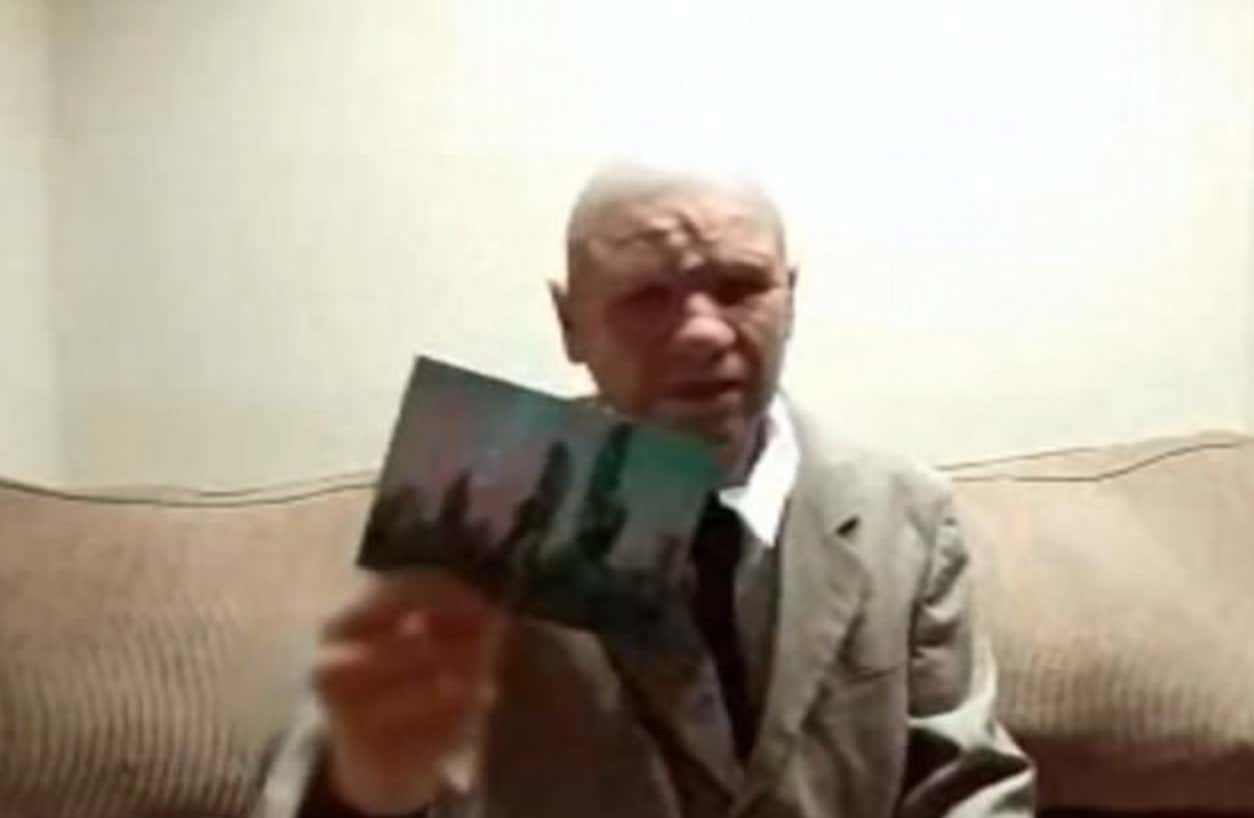 Daily Mail- A ‘time traveller’ has made an extraordinary claim that he has seen the year 2118 – and says he has a photograph to prove it. Alexander Smith was speaking to Apex TV and said he was on a ‘top secret’ CIA mission in 1981 and claims the agency is hunting for him following his alleged assignment. During the clip, which has been viewed 500,000 times, he held up a picture of the city’s skyline, however he did not reveal how he was able to get there or where it is. The blurry photograph appeared to show a row of huge, green and odd-shaped buildings in a city which looks like no other in the world today. He also warned of ‘many threats’ to the human race and urged those living on earth to combat global warming during the video clip. Mr Smith, who spoke with an American accent, said: ‘I visited the year 2118 as part of a top CIA mission.

I will say, I wish Alexander Smith had brought back more than a picture. I seriosuly doubt people in the year 2118 are still using pictures. I needed him to bring back a picture that comes to life like the newspapers in Harry Potter. The information he brought back is pretty thin as well. There’s gonna be “many threats” to the human race and global warming is real? Yeah no fucking shit, Alex. That’s 2018 information. Tell us something you couldn’t possibly know without actually going to 2118. But even with allllllllllll of that said, I believe him yo. I don’t know why but I do.

PS- Here’s a bad joke that didn’t fit in the blog but I want to make it anyway. For it to make sense you have to know a couple things. One, the time traveler’s name is Alex Smith. That’s important cause that’s also the name of an NFL quarterback who recently signed a new deal with the Washington Redskins. You also need to know that the overwhelming opinion about the deal is that Alex Smith (the QB) is 33 years old and likely past his prime and shouldn’t have gotten such a massive deal. Alright, let’s do this.

You know the real Alex Smith time travelers are? The Washington Redskins who traveled back in time and thought they were signing a young Alex Smith.