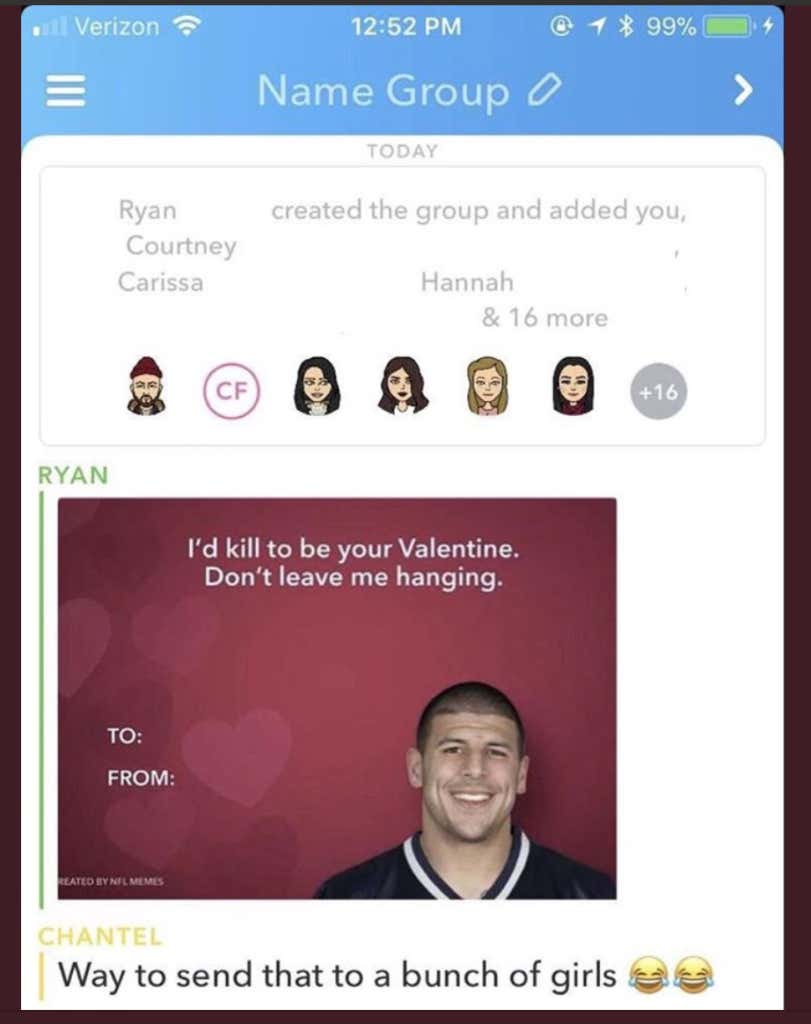 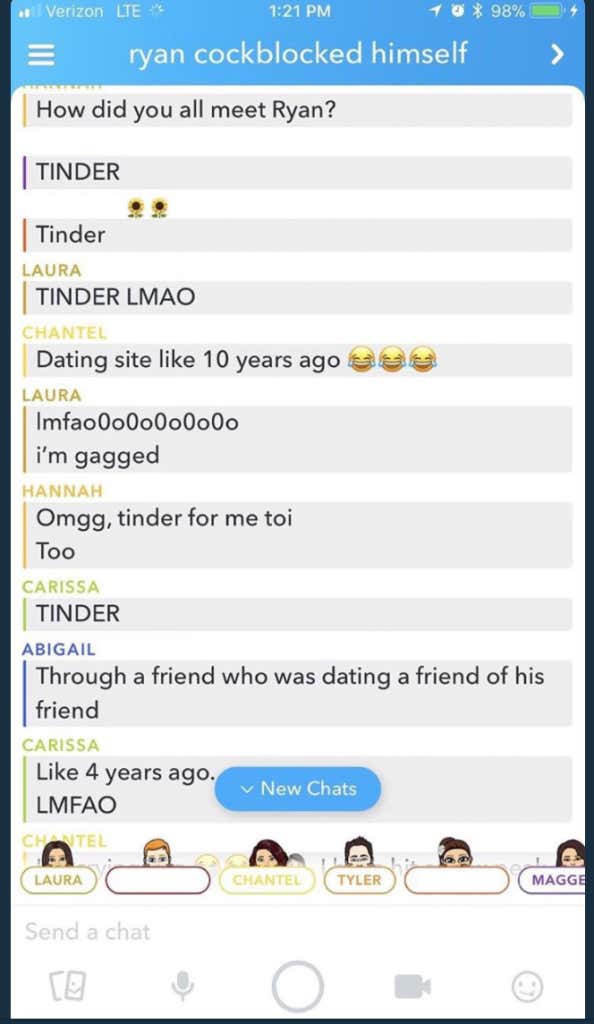 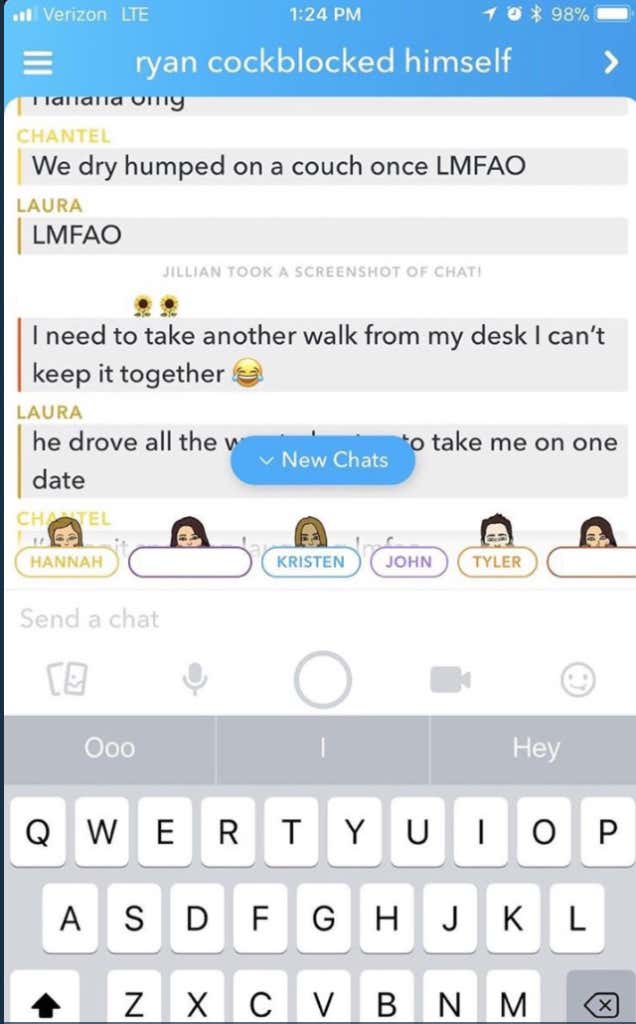 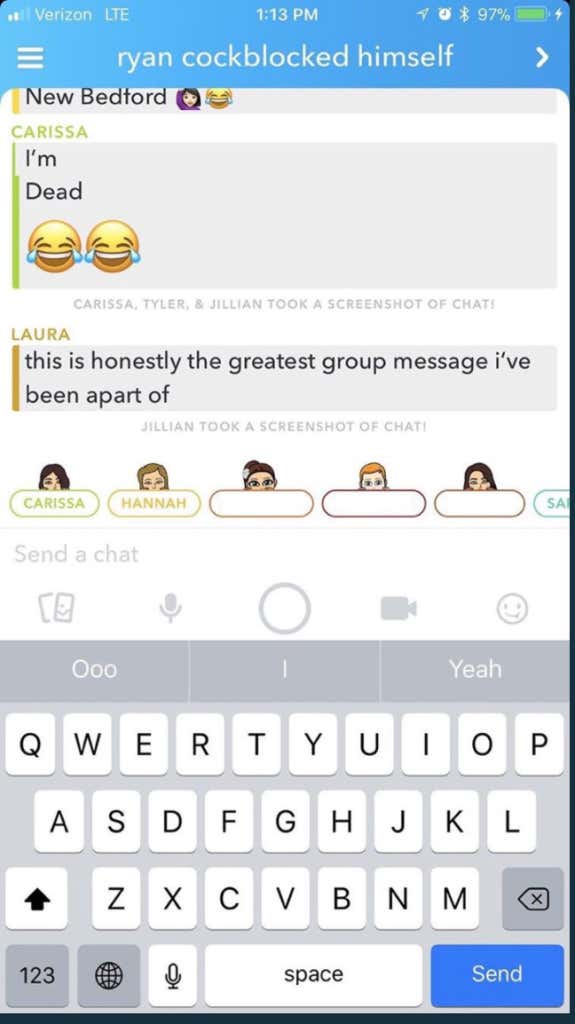 Nope, he didn’t.  No love for Ryan this Valentine’s day.  Back to swipe swipe swiping looking for the one who will settle down with him to share both a heart shaped box of chocolates and a dark dry sense of humor about convicted murderers who committed suicide.

I mean let’s be honest, that meme is pretty funny.  Topical.  Are these New England girls?  That one said New Bedford.  So they all get the reference which is the most important part when you’re testing out something edgy.  It didn’t work.  It happens.  Looks like he went about 0-19 on it.  Bad stats.  But if Ryan can find one silver lining from it, I don’t think it was his sense of humor that did him in, but the disrespect of lumping all 19 Tinder dates into one group chat to see if he could fish for a bite.  They probably took offense to that part which is why they proceeded to roast the ever living shit out of him.

Which, by the way –  “He drove all the way to take me on one date” was by far the meanest.  Like if you say he had a tiny dick, was a premature ejaculator, had bad breath etc etc, that’s whatever, dime a dozen insults from exes.  But making fun of him for “driving a far distance to take you out to dinner” is so emasculating that it’s almost cruel and unusual.