As we know, Kirk Cousins is the belle of the ball in NFL free agency. Many teams think the nice, young, midwestern man is the missing piece to their Super Bowl puzzle. Von Miller of the Denver Broncos has been most vocal about his crush on Kirk, doing everything he can to show the QB how perfect they would be together, how he wants to sing Creed songs with him on the drive home from bible study.

But the Broncos aren’t the only team that needs a QB. Maybe you’ve heard of one of the others…the Cleveland Browns.

Ah yes, the Browns. The poster child for what it means to be a terrible franchise in the world of sports. A team that is 1-31 in their last two seasons in a league designed to give bad teams an easier way to win. A team that listened to a homeless person to draft Johnny Football, but then passed over DeShaun Watson and Carson Wentz. The Browns are everything you want your team not to be. They make the Redskins look like the Patriots. But alas…they do need a quarterback, and as expected after players got wind of Von Miller’s courting, Joe Thomas now jumped aboard and offered Kirk a rose as well: 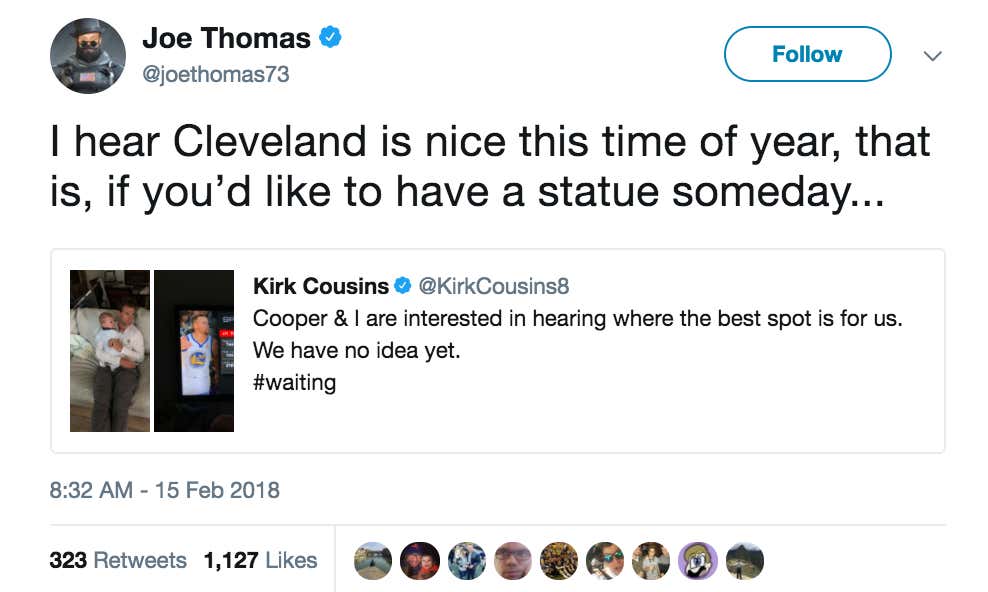 A statue! Can you imagine if Kirk goes to Cleveland and turns the entire franchise around? Joe Thomas can: 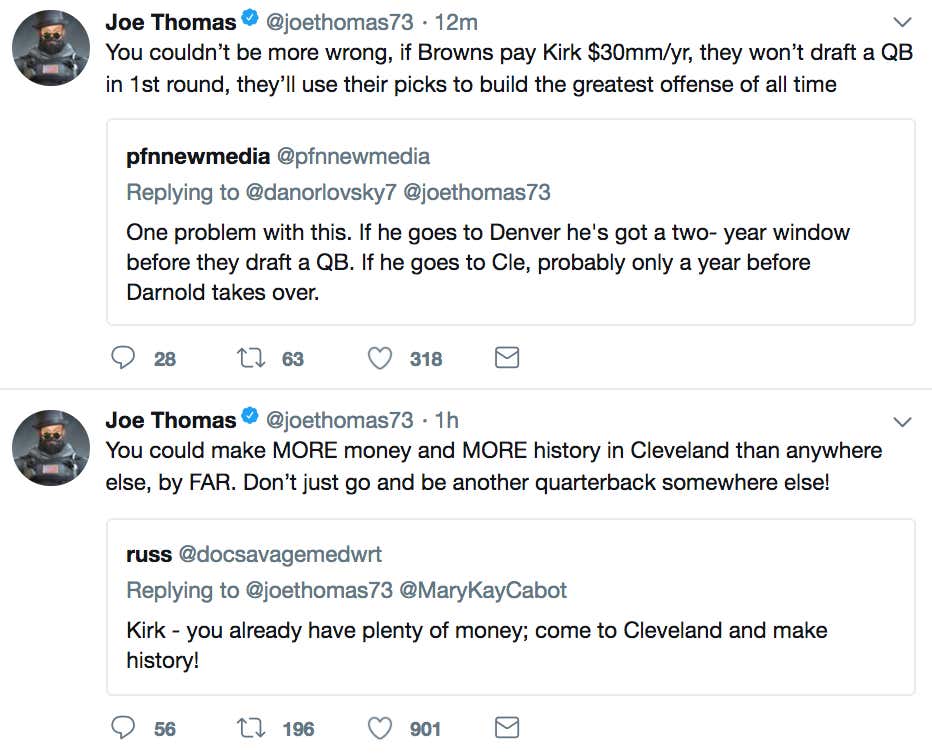 If he’s the piece that takes the Browns from being the laughing stock of all of sports to being a real, actually competitive team? With LeBron on the way out, Cleveland could use a new hero. Going to the Browns sounds like the worst possible situation for Kirk….but if the money is right….you never know.

Can’t wait to see how Von Miller responds. I would be shocked if it’s anything short of parachuting into Kirk’s backyard with a puppy, a dozen roses, and Scott Stapp under his arms.