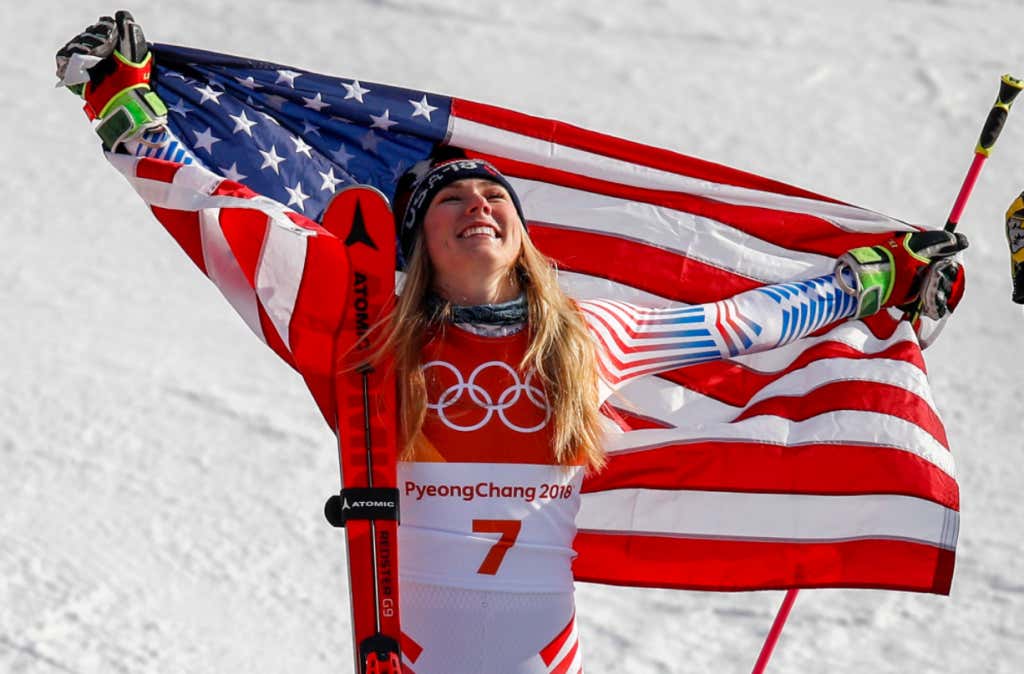 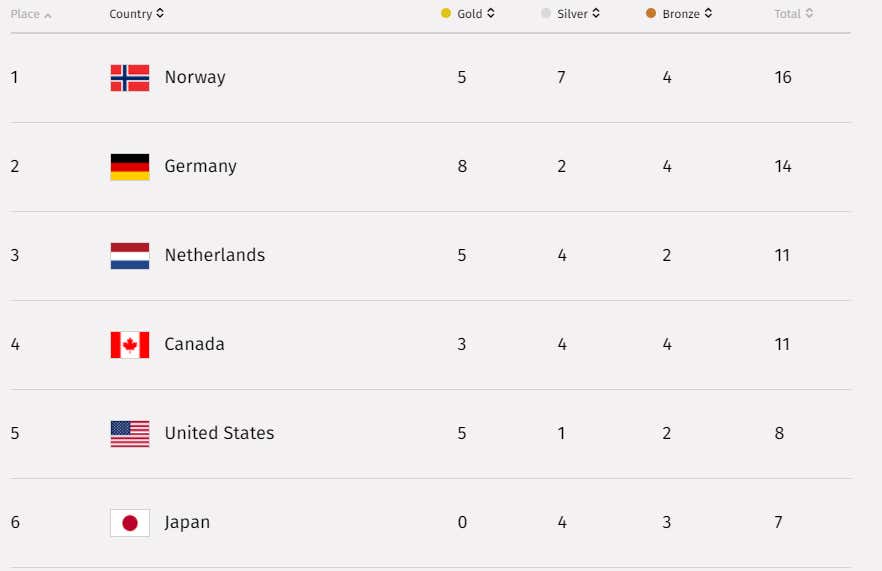 Whoa. Hello Norway and Germany. Both countries had quite a day, winning a collection of medals in luge and Nordic Combined events. I expected Norway to drop back a bit, but they just won’t quit. There’s still a lot of opportunities left for the US to catch up, but they’re pretty deep in the hole. Gold medals are what we’re after anyway, and we’re just 3 behind Germany on that. This will now be a gold medal blog moving forward.

Speaking of gold medal’s today’s hero is Mikaela Shiffrin. She was the heavy favorite in the Giant slalom and boy did she deliver.

She’s only 22 and she’s on top of the sport. And better yet, she’s far from finished here in Pyeongchang. She’s competing in FOUR more events: the slalom, the Super-G, the downhill, and the Alpine Combined events are still on her slate. No skier (man or woman) has ever won 3 golds at a single Olympics… or even 4 over the course of a career. She already has one gold from Sochi, so she’s got a good chance of breaking both of those records. And again, she’s 22. If there’s somebody who can win the United States a good ol’ fashioned medal race, it’s Mikaela.

In other American news, rough day for the hockey squads out there. As Jordie so thoroughly documented, the men blew a 2 goal lead in the 3rd period and fell to Slovenia in OT. Not great! You can only be so upset given the whole NHL players’ thing, but it still sucks. I mean. Slovenia? Slovenia. C’mon now.

On the other side, the women lost a nailbiter to rival Canada 2-1. But let me be clear about this. This was a largely meaningless game, as both teams clinched their berths to the semifinals before the game was even played. This game only affected seeding, as we will have to go through Finland or Sweden in the semifinals to get our rematch against Canada. They don’t want to see us again. We outshot them 45-23 and were all over their zone late in the 3rd period. No chance they get it done twice in a row. So no harm, no foul on this loss.

This CBC announcer made a valiant effort to cover his ass but is for sure in deep shit when he gets home. Probably never leaving Korea.

Nothing worse than getting left hanging, but I gotta respect the recovery. Played it off like a champ.

Snowboard cross is a pretty dope event, especially when bows start getting thrown and guys wipeout. Enjoy this compilation

Tonight I’m watching USA-Slovakia hockey at 10 PM. Slovakia is riding high after upsetting “Russia” yesterday, putting them in a prime position to win Group B. Falling to 0-2 in the group would essentially end the Americans’ chances of advancing so they MUST win this one. CAN’T lose it. Staying alive would potentially set up a loser-goes-home game between us on Russia on Saturday morning and I need that game to matter more than I need to breathe. Let’s fucking go boys.

Also, make sure to watch episode 3 of Donnie’s adventures in Pyeongchang. Dude’s crushing all the most important coverage out there, even if it’s with the enemy.