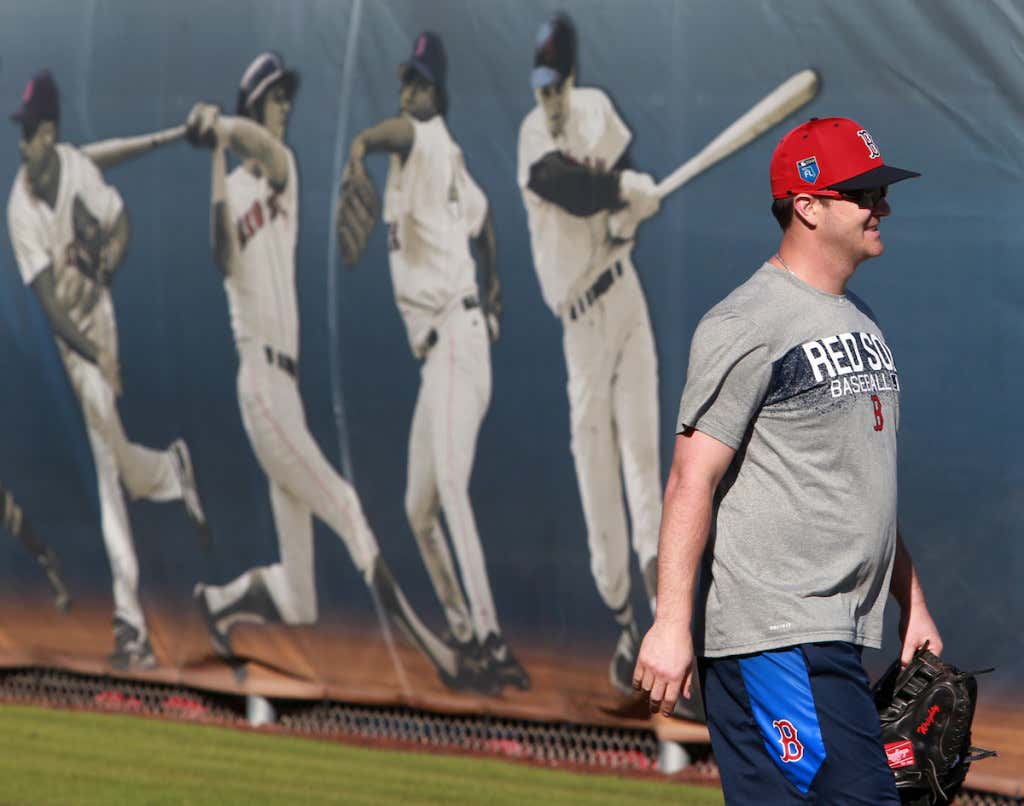 In case you missed it over the dreadfully uneventful offseason in which literally nothing of importance happened, Red Sox pitcher Steven Wright was arrested in December for domestic assault.

Wright’s lawyer released a statement once the story broke, making it a point to note that this was a “verbal argument” and that Wright “did not raise his hand at anyone during the incident”. Wright doubled down on that when he met with reporters today at spring training, although I’m not sure what more of the story he plans on telling.

The version of the story that I was told, albeit unconfirmed, was that he kicked the door down and that’s why the cops were called. I don’t know. Maybe he wants to clarify some of the details, but both Wright and his lawyer have made it abundantly clear that Wright did not physically assault his wife and that this was strictly a verbal altercation.

However, regardless of whether or not Wright actually physically harmed his wife, there is still precedent for the league to suspend him regardless. Aroldis Chapman was not charged with anything after he was accused of pushing and choking his girlfriend before going full Yosemite Sam in his garage. He was suspended for 30 games even though he was not proven guilty of the crimes he was accused of committing.

The same fate could lie ahead for Wright, but that will have much less of an impact on the Red Sox than Chapman’s suspension had on the Yankees. New York lost their closer for nearly 20% of their season. As of right now, Wright figures to compete with Eduardo Rodriguez for the fifth spot in Boston’s rotation with Chris Sale, David Price, Rick Porcello, and Drew Pomeranz all locked in. And to be honest, Rodriguez should be in the rotation over Wright, anyway, assuming that he’s healthy.