TMZ- Warren Sapp didn’t see this coming!!!! The NFL Hall of Famer got SERVED with a lawsuit in his battery case by a process server PRETENDING TO BE A FAN … and executed the trick play to perfection! As we previously reported, Sapp is being sued by a woman who claims Sapp drunkenly bowled her over at a 2015 Super Bowl party in Arizona. She claims she suffered major injuries as a result.

The woman’s attorneys had been trying to serve Sapp for more than a year but couldn’t quite track him down — they felt he was “actively avoiding the process server.” So, they sent a guy to a Sapp autograph session he had been promoting, hoping Warren would show up — and they could finally slap him with the complaint and summons to appear in court.

BAHAHAHA. What a fucking move out of this kid! I love everything about this plan. Not only did he hit Warren with the surprise serving, but he even video taped it so he had two (2) different angles while looking like the most stereotypical autograph seeker ever. A true pro’s pro. If you ever need to track down an ex-athlete, there is nowhere better to find them than at an autograph show. Sure you will have to deal with grown men elbowing through each other with binders of pictures to get signed by another grown man with the distinct smell of sadness in the air. But nothing pays the bills for athletes quite like signing their name on a ball or piece of paper.

And kudos to Warren for acting like this kid was giving him a hotel receipt or some shit instead of being sneak attacked with a summons straight to the soul. That kind of composure under pressure is how you win a Super Bowl and make the Hall of Fame. Warren was cool as a cucumber and ready to show off that freshly cleaned Super Bowl ring to the next person that paid hundreds of dollars to meet their hero for 5 seconds. 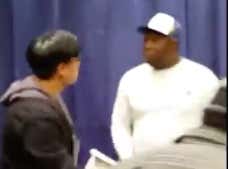 I’ve seen that look before. 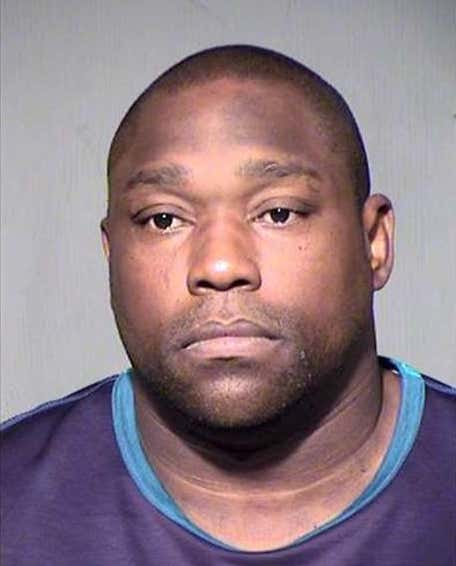