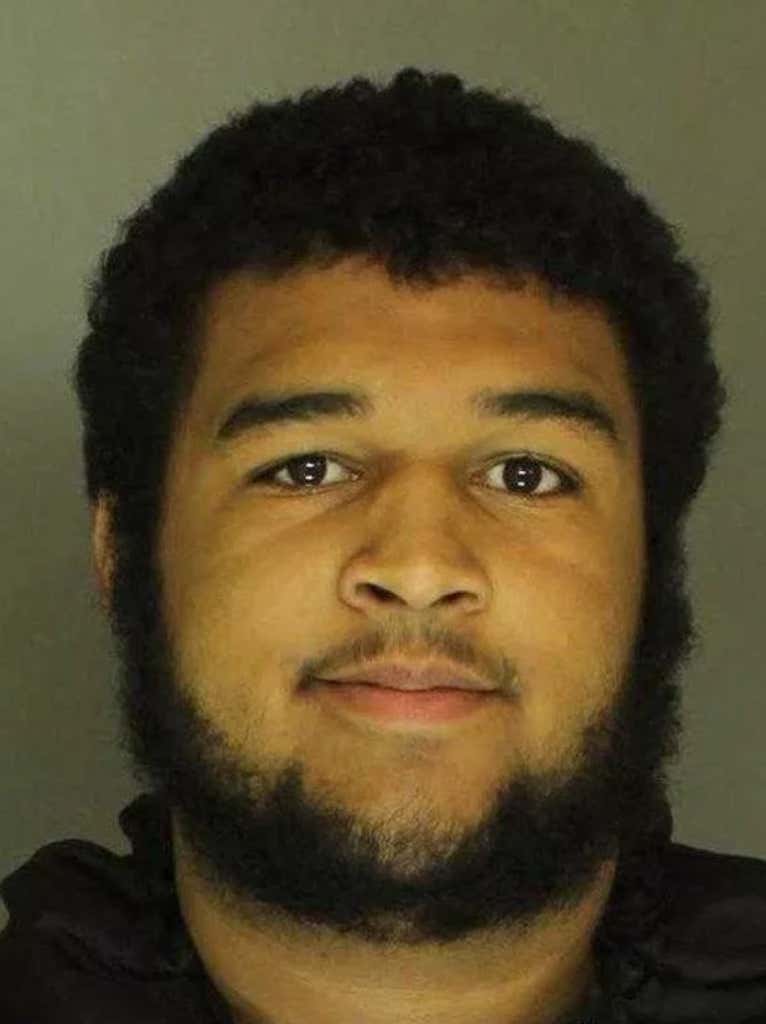 [Photo via YDR]
SPRING GARDEN TOWNSHIP, York County — A York College student is facing a simple assault charge after police say he grabbed his roommate by the testicles during an early Sunday morning argument.

Okay I spoiled it a bit in the headline, but let’s pretend we don’t know the facts of the case just yet.  Let’s assume all we know is “college kid arrested for grabbing roommate’s testicles.”  First question that instantly comes up – is this an acceptable move?  I mean legally of course it’s not, it’s assault.  But all fighting is assault.  In a roommate vs roommate, (I’m assuming) buddy vs. buddy fight, is the ball grab a reasonable defense move.

I would argue no.  I would argue the dick, balls, grundle, taint, anything involving the genital region is off limits.  I’m not even a fan of friendly sack whacks.  That equipment is way too important to mess with.  Humanity literally depends on it functioning.  Unless you are pinned down on the concrete by a murderer on the street, punching the dick is a weak, cowardly move.

Now for the situation:

Ryan Leander Merritt, 20, of Newark, Delaware, was charged after the incident, which occurred at 3:10 a.m. at an apartment on the 800 block of Country Club Road. According to Spring Garden Township police, Merritt and his roommate, Luke Richard Genetti, got into an altercation after Genetti texted Merritt’s girlfriend and told her Merritt had brought another woman to the apartment.

Merritt was allegedly upset that Genetti contacted his girlfriend. Police say he went to Genetti’s bedroom and knocked on the door, but Genetti refused to allow him to enter and attempted to close the door on him.

The confrontation turned physical, police say. Genetti told police that Merritt punched him, scratched him, and grabbed him by the testicles, which immobilized him. He then placed Genetti in a chokehold and bit him in the arm, according to police.

Now it’s true that snitches get stitches.  But the saying isn’t that snitches get their ballsacks ripped off.  And that is also a kind of code of honor among likeminded people watching each other’s backs, hustlers watching out for hustlers, a level of street respect.  Respect and honor doesn’t apply to a scummy dude bringing girls into an apartment for all to see while his girlfriend sits in her dorm studying and doodling his name.  Days before Valentine’s Day no less!

The actual snitch in the first place does kind of raise the question out of THAT dude’s (the testicle grab-ee’s) honor though – I mean he’s clearly gunning for the testicle grabber’s girl.  To call the police over a fight and get him arrested?  What are the odds he was over at the girlfriend’s dorm comforting her while the testicle grabber sat in a cell trying to make bail?  Nothing happened of course on account of the whole testicle thing.  But he sure laid the groundwork.

A confusing case all around.  I’d say in closing to just play it safe and don’t cheat on your girlfriend and don’t rip dicks off.