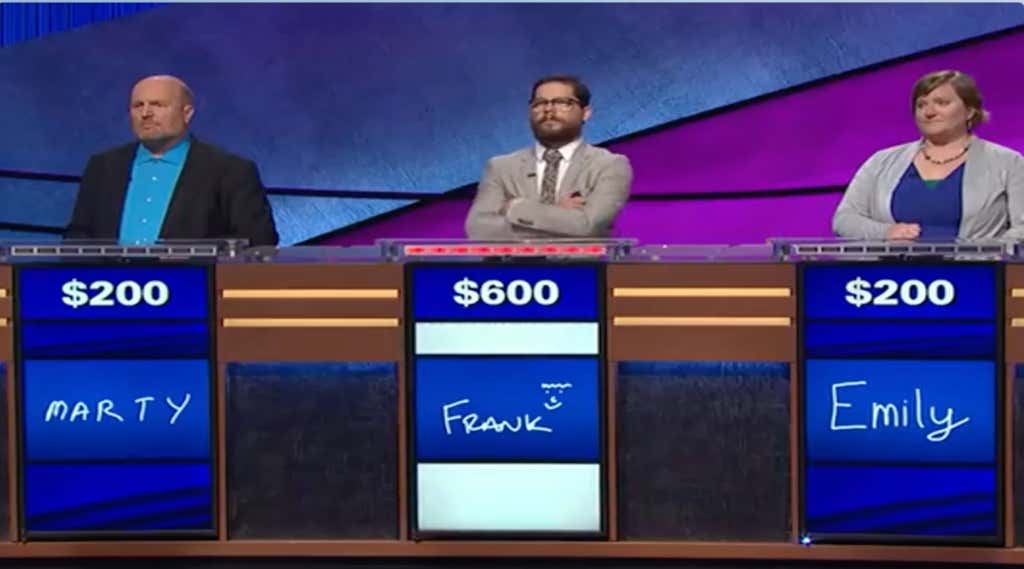 I don’t want to get ahead of myself here after only one show, but after watching last night’s episode of Jeopardy, I truly do believe that Frank Lang could be the next classic villain of the show. He has it all. The look. The smugness. The brains. He’s the guy you root against with every ounce of your being but also the guy that keeps you tuning in five nights a week just to see him lose. I’m not saying I would ever respect a fuccboi like Frank Lang, but I appreciate what he’s doing. Austin became a Jeopardy legend by not only winning but by being the quirky weirdo that you would hate to be at a party with.

It was pretty obvious from the jump what kind of contestant Frank was going to be by his buzzing-in posture. 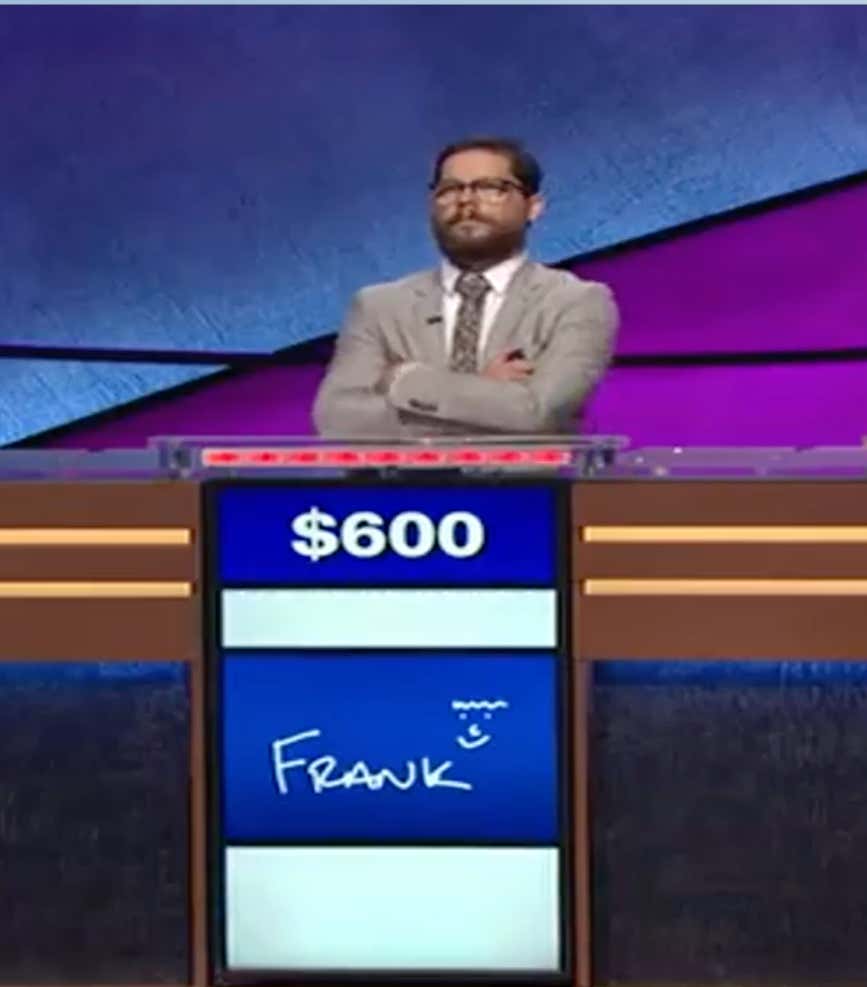 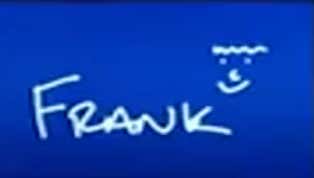 No need to add that little happy face with hair on top, Franklin. We get it. You’re smart and eccentric and different. Crossing your arms while answering and trying to show up Alex Trebek on his own game show made all of that quite obvious.

Then on top of all that, Frank occasionally liked to throw a little extra English on top of his answers.

An animated answer with a little laugh to himself afterwards? Sass on sass on sassssss.

Frank didn’t get every question right, however. And when he got one wrong, he would occasionally send himself into a tiny little tizzy, which pumped endorphins directly into my blood. Getting reactions like that from the audience are the mark of a great heel.

And then, once regulation was over, Frank hit us with this little stunt during Final Jeopardy.

Does Frank do that if he didn’t know he locked up a win? Of course not. But that’s what makes a classic villain. The swagger when he knows he won dripping through your TV screen. That’s Ric Flair woo’ing right in your face after winning the title thanks to a bunch of cheap shots and a steel chair to your favorite wrestler’s head. In fact, just smirking like that spoiled the entire round of Final Jeopardy because you knew Frank didn’t choke away his lead. And nothing pisses me off more in Jeopardy than someone spoiling the drama of Final Jeopardy. It was the cherry on the top of a Hate Sundae. Before last night, I didn’t know a thing about Frank Lang. Now I hope all the bad things in life happen to Frank and nobody else but Frank.

However, now the tough part comes for Frank: Defending his title. It’s all fun and games when you are the hunter. But it’s not as fun when you are wearing the crown and everyone is gunning for your ass like you are in a game of Jumanji. Plus lets be honest, yesterday’s batch of challengers STUNK. Emily was a zero the entire game and this was the defending champ that Frank had to defeat.

So lets see what you got tonight, Frankie boy. Maybe you are about to rule Jeopardy as a villain like Scar ruled Pride Rock. Or maybe you are a one-and-done flash in the pan and this blog was all for nothing. But rest assured, I’ll be rooting against you with all my soul once 7 PM. And if you win, 99% of me will be upset. But 1% of me will be kiiiiinda sorta happy. Because like Big Cat always says (when he’s acting like Tony Montana), we need bad guys like Frank Lang so we can point our fingers and say “That’s the bad guy”.