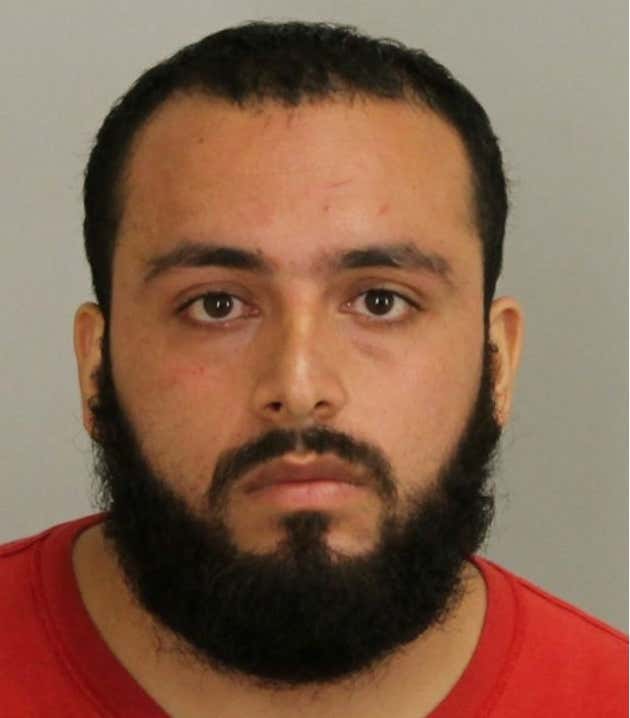 NY Post- An unrepentant, homegrown Islamic terrorist was sentenced to multiple life terms behind bars Tuesday for setting off a time bomb that injured 31 people in Manhattan’s Chelsea neighborhood as part of a planned wave of attacks across New York and New Jersey. Ahmad Khan Rahimi, an Afghan immigrant who became radicalized through online postings by al Qaeda and ISIS, had faced ?at least one mandatory life sentence since a jury convicted him in October on eight counts, including use of a weapon of mass destruction.

Chilling surveillance videos played at Rahimi’s trial showed pedestrians enjoying a temperate Saturday night before they recoiled in shock and ran for their lives when his pressure-cooker bomb blew up outside a home for the blind and disabled around 8 p.m. Sept. 17, 2016. Authorities said it was a miracle no one was killed by Rahimi’s fiendish blast, which sent a nearby dumpster flying more than 120 feet and sprayed shrapnel that tore into the chests, legs and eyes of innocent passers-by.

Cuncel da Rahimi! The judge in this case made sure Ahmad Khan Rahimi’s life was donezo and decided to tack on a few more lifetimes for good measure. Lets stack those life sentences like Jenga blocks! Now Ahmad gets to live out the rest of his days in an American prison with the label of terrorist tattooed on his head (figuratively, for now at least). Since capital punishment isn’t on the table, they should just ship this dude to the roughest, toughest prison in the country with a muzzle over his mouth and see how the rest of his life sentence(s) go. My guess? Not great!

Meanwhile the city Ahmad hoped to strangle with violence and terror continues to live life business as usual while continuing to function as the capital of the world. New Yorkers have each others backs today just like they did immediately following the bombing attempts.

And shout out to those two crooks that allegedly helped diffuse the second bomb because they stole an unattended suitcase that they didn’t realize was actually an explosive device.

In doing so, investigators believe they inadvertently disabled the explosive, sources said. That allowed investigators to examine the cellphone attached to the bomb intact and discover that it was connected to the family of Rahami. From there, they were able to identify pictures on social media of Rahami’s family and of him, and they matched one of his photos to surveillance footage captured in Manhattan.

Only in New York.