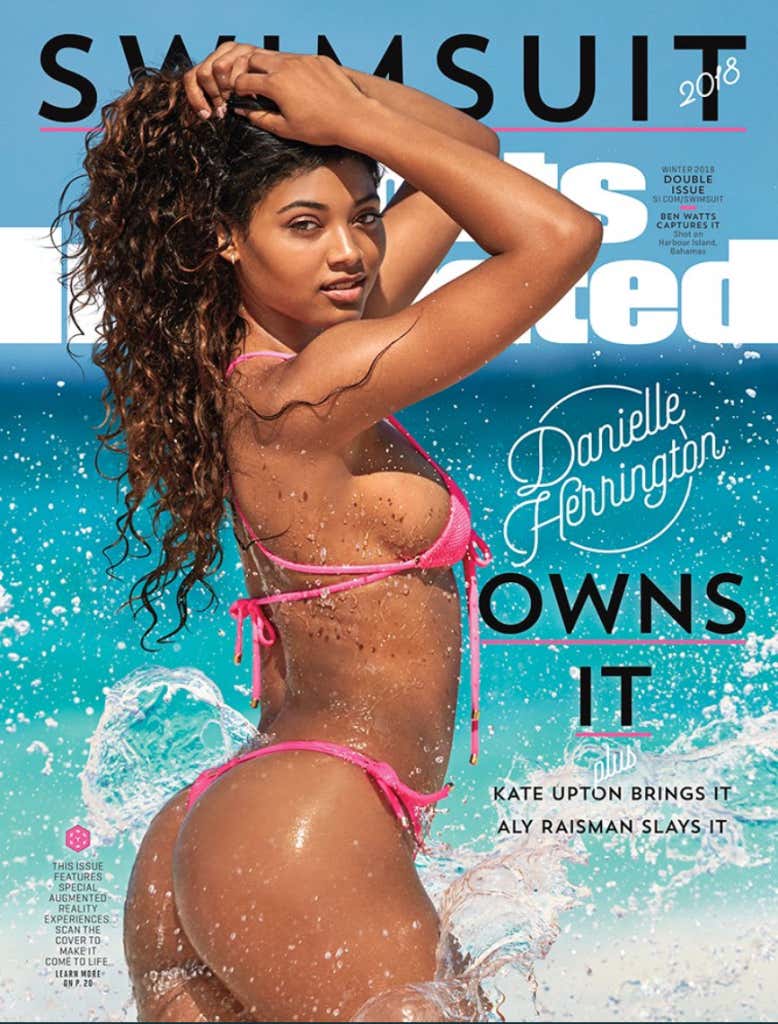 El Presidente: Is Francis a Hero or Buffoon For Hitting on SI Swimsuit models? 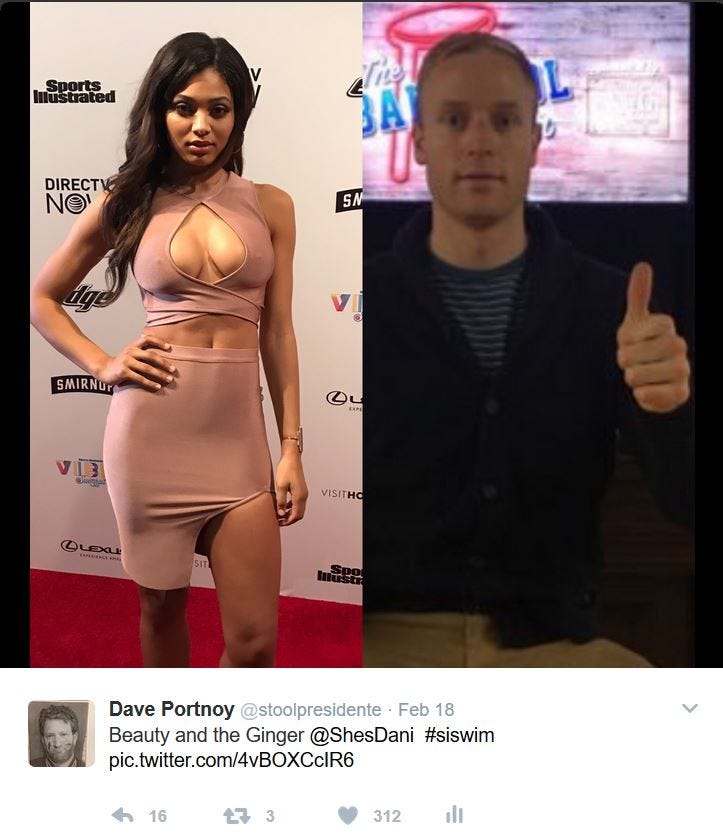 So in case you’ve been living in a cave or just don’t check Barstool during the weekend this was the big story around here the last couple days.   Francis tried to score a date with SI Swimsuit Model Danielle Herrington. He gave his version of events yesterday.

He then continued to make himself into a modern day Robin Hood, by doing the following: 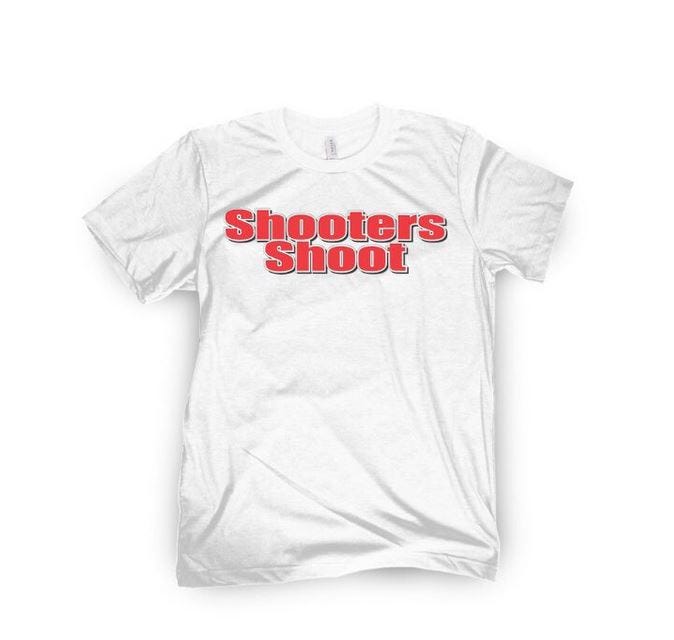 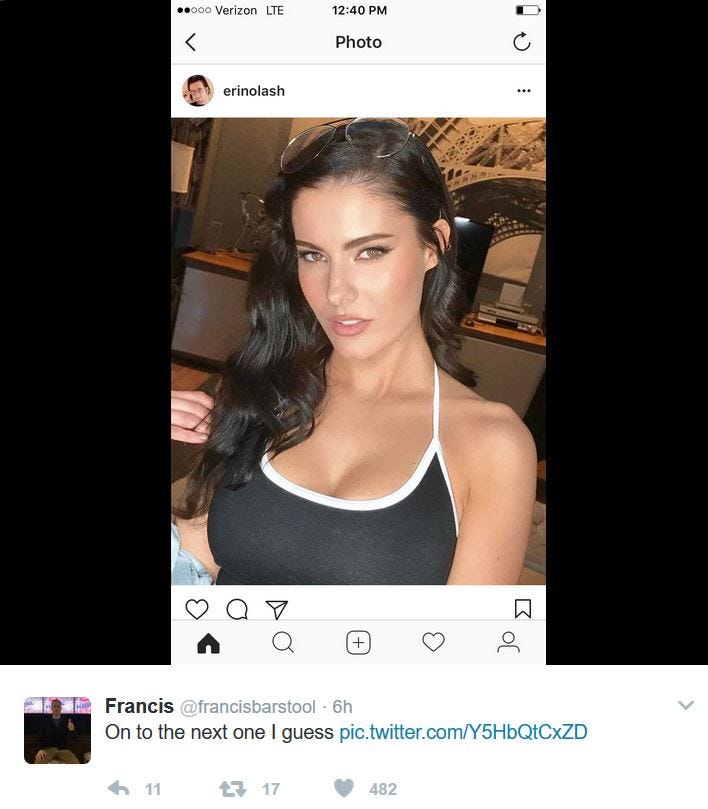 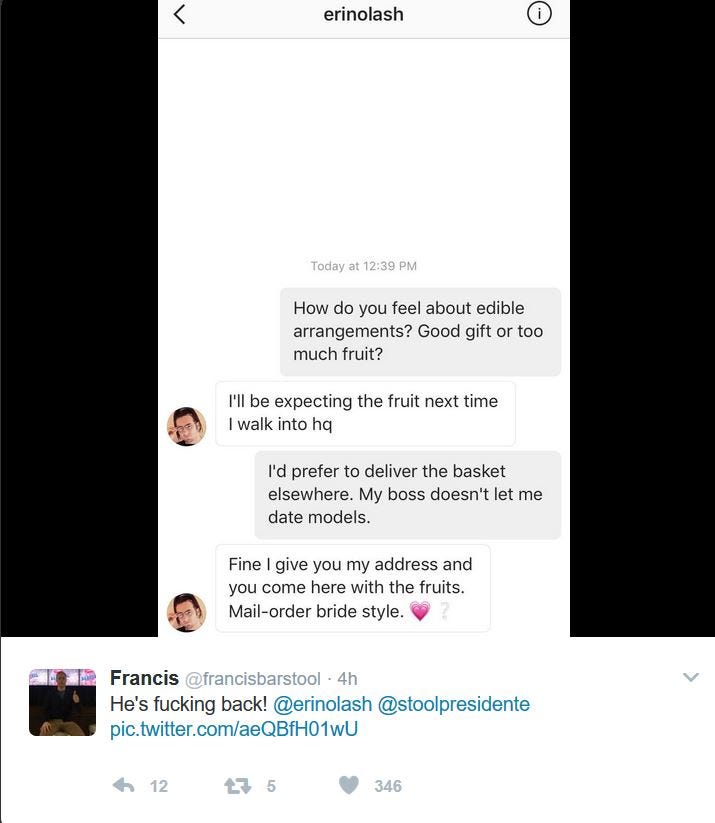 3. DIGGING UP OLD WINGMAN ARTICLE ABOUT ME 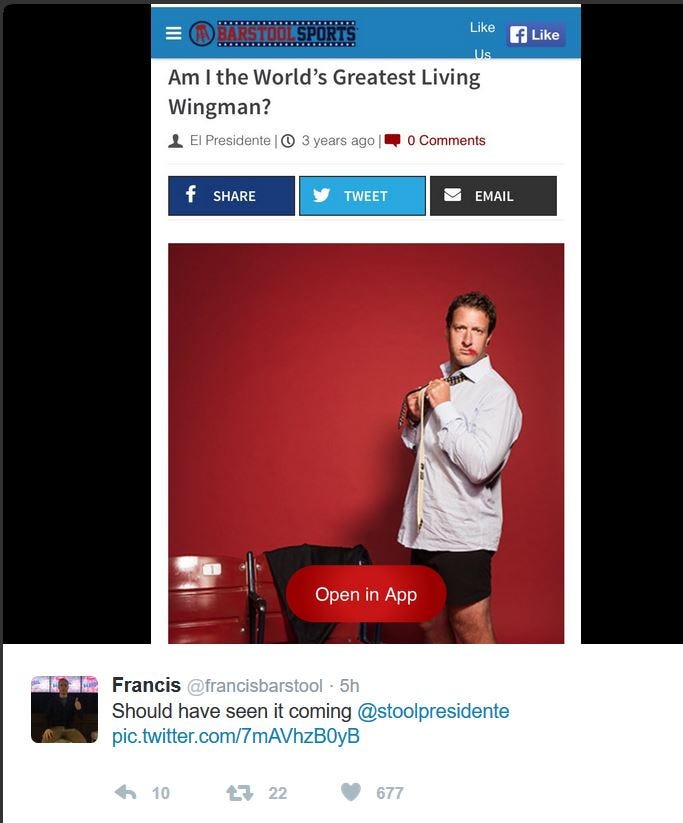 Well now I got to respond.  Let me start by saying I’m not Ginger’s wingman. I’m his boss.  And as his boss I can say that even though this was GREAT content it is wildly inappropriate to hit on Supermodels who enter the office 5 minutes after they arrive. Agents, their handlers and PR Companies won’t want to send their clients to places if they think creepos will hit on their clients the second they walk through the door. Especially ginger creepos who just started working here 2 weeks ago. It is as unprofessional as it gets. Danielle and Kelly were super cool about it, but maybe wait till they leave the office till you run around asking everybody for their digits.  DM them after they leave.  Just a thought.   Again I thought it was great content, but people saying “shooters shoot” are morons. Shooters also get fired for being ball hogs and shooting airballs and bricks.

And as far as people saying I threw Francis under the bus you need to wake up. The bus already ran over Francis, backed up over his dead body and then ran him over again. I didn’t know he asked these girls for their numbers. I saw them at the party in Houston and they both screamed for me to come over and were giggling like school girls making fun of Francis. They were literally asking me to text him back to troll him harder. That’s not cockblocking. That’s walking in on a dead body and helping dance on the grave. That’s all I did. Don’t believe me? Listen to Kelly and Danielle in their own words.

PS – Oh and if anything I once again proved what a great wingman I am. The only chance Ginger had with Danielle was to be the pathetic simpleton who gets a sympathy date and I just put it on a silver platter for him. #GoPresGo indeed. No I in Team. But that still doesn’t change the fact we can’t have Ginger hitting on every single girl who walks through our doors within 5 seconds of meeting them.