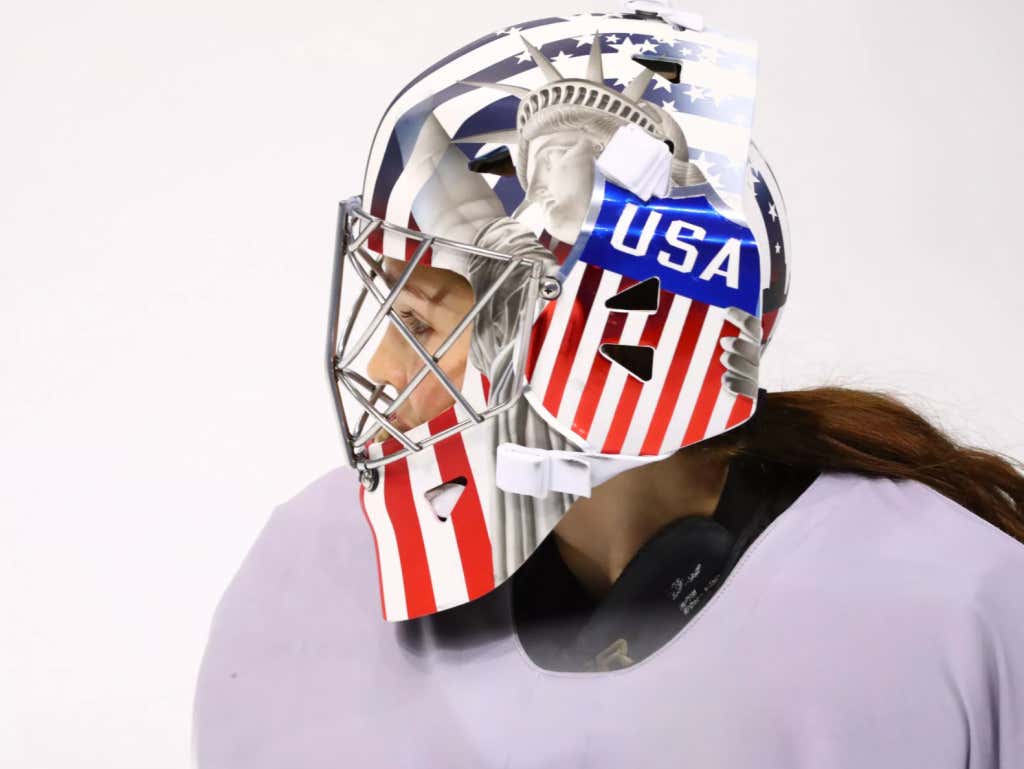 USAToday – USA Hockey is working with the IOC to see whether goalies Nicole Hensley and Alex Rigsby really will have to remove the Statue of Liberty from their goalkeepers masks.

USA Hockey spokesman Dave Fischer said on Tuesday “discussions are ongoing” after the IOC said earlier the images would have to be removed. The IOC views the image as a possible violation of its policy against political symbols. The rule from the IOC Guidelines Regarding Authorized Identifications: No item may feature the wording or lyrics from national anthems, motivational words, public/political messaging or slogans related to national identity.

So USA Today came out with this report yesterday. The IOC, which is nothing more than an international version of the NCAA in terms of corruption, tried to come at Team USA and force goalies Nicole Hensley and Alex Rigsby to get rid of the Lady Liberty images on their buckets because they “violate their policy against political symbols”. Ummmmm excuse me but what the friggin heck?

We’ve known the IOC is a bunch of corrupt bastards since the dawn of time. They don’t care about sports. They don’t care about fair competition. All they care about is lining their pockets with stacks and stacks of cash. However, I didn’t realize they were a direct threat to Freedom and Liberty. And let’s get this straight for a moment here. The Russians had a statewide systematic doping scandal and yet they can still compete with the words “Olympic Athletes from RUSSIA” on their uniforms. But Team USA, who has literally never once ran a statewide systematic doping scheme, can’t even have the Statue of Liberty on their buckets? Sorry but that just seems ass backwards to me.

But just like World War I and World War II, USA does not cower in the face of evil. They stared the IOC dead in the eyes and told them to kiss their Red, White and Blue ass. And thus, the Statue of Liberty images were since approved by the IOC and are allowed to remain on their helmets. Obviously the little extra boost of patriotism is paying off in the women’s game against OAR this morning.