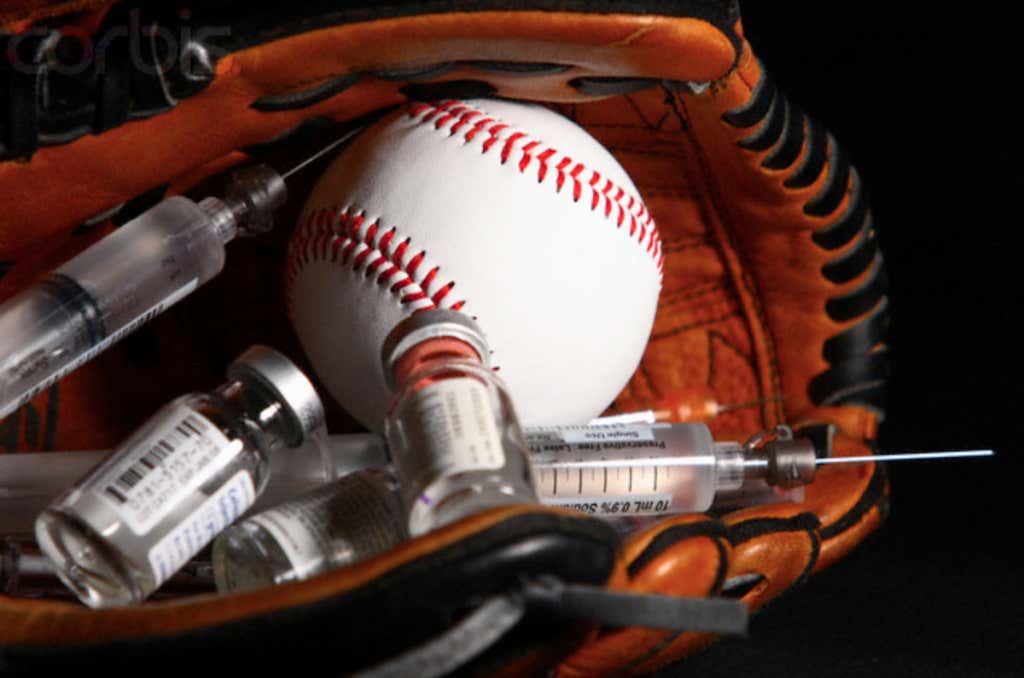 When we talk about the “Steroid Era”, we’re generally referring to an era in Major League Baseball history that existed from the mid-90’s to the mid-2000’s, but the fact of the matter is that we’re still living in an era in which PEDs are being taken by major league players. Obviously not to the rampant extent that they once were, but you’d be naive to think that you’re currently watching a game that’s completely rid itself of PED users.

Back in 2012, former All Star outfielder Melky Cabrera got busted after a test revealed spiked testosterone levels. After Brewers outfielder Ryan Braun had snaked his way out of a 50-game suspension by blaming the way the test sample was handled, a lightbulb likely went off in the heads of Cabrera’s people that they could attempt to avoid a 50-game suspension for their client. The idea? A fake website selling a fake product that would suggest Cabrera purchased a supplement that he did not realize was a banned substance. Plausible deniability.

But instead of exonerating Cabrera of steroid use, the Internet stunt trapped him in a web of lies. Amid the information-gathering phase of his doping case last month, his cover story unraveled quickly, and what might have been a simple suspension has attracted further attention from federal investigators and MLB, the Daily News has learned.

The scheme began unfolding in July as Cabrera and his representatives scrambled to explain a spike in the former Yankee’s testosterone levels. Cabrera associate Juan Nunez, described by the player’s agents, Seth and Sam Levinson, as a “paid consultant” of their firm but not an “employee,” is alleged to have paid $10,000 to acquire the phony website. The idea, apparently, was to lay a trail of digital breadcrumbs suggesting Cabrera had ordered a supplement that ended up causing the positive test, and to rely on a clause in the collectively bargained drug program that allows a player who has tested positive to attempt to prove he ingested a banned substance through no fault of his own.

Nunez told The News Saturday that he was “accepting responsibility for what everyone else already knows,” regarding the fake website, adding that the Levinsons were not involved in the website in any way. They also adamantly deny any knowledge of the scheme or having been involved with it.

“Sam and I absolutely had no knowledge or dealings with anyone at anytime associated with the website,” Seth Levinson said in an email to The News. “I will state unequivocally and irrefutably that any payment made to the website does not come from ACES (their New York-based sports agency, Athletes’ Career Enhanced and Secured Inc.)”

It rarely pays to be the fall guy. That is, unless you sue the shit out of the agency that you took the fall for, which Juan Nunez is now attempting to do, according to a report by Jon “I Definitely Don’t Spread Fake News For Scott Boras” Heyman.

Juan Carlos Nunez, the former employee of the ACES baseball agency who went to prison for his role in the infamous Melky Cabrera fake Website and PED case, has filed a bombshell lawsuit against Seth and Sam Levinson, the proprietors of one of baseball’s biggest agencies, claiming they were not only aware of players’ PED use but directed players to folks who gave them PEDs.

Nunez’s lawsuit, which seeks $2 million in unpaid commissions and $500,000 in fees/expenses and is filed in New York State Supreme Court, paints ACES as a “rogue agency that reaped millions of dollars in fees by cheating the game of baseball.”

The lawsuit, which claims ACES has been providing MLB players with PEDs for decades, purports to have a signed affidavit from Kirk Radomski, who pleaded guilty to two such charges and was a major player in MLB’s Mitchell Report on PED usage a decade ago, and also goes into minute detail about the Levinsons’ alleged involvement with convicted drug dealer Anthony Bosch of Biogenesis, and how Sam Levinson introduced Cabrera, Nelson Cruz and other MLB players to Bosch and was aware that Bosch’s regimen for the players contained HGH, testosterone and performance-enhancing “gummies.”

The lawsuit, which also claims the Levinsons make “under-the-table” payments to clients, says the Levinsons’ mantra was to do “whatever it took,” even if it meant doing things in violation of the laws of the United States and the rules of MLB and the players union and that Nunez was “thrown under the bus to protect their own reputations” and made to take the fall for the harebrained schemes to try to fool MLB regarding Cabrera’s failed test. Those schemes, memorably, included, devising a phony Website, which Nunez said was the idea of Seth Levinson, designed to fake out MLB into thinking Cabrera mistakenly took a PED after reading about it online rather than obtaining it from convicted drug dealer Anthony Bosch via Sam Levinson’s introduction.

Nunez also claimed the Levinsons made him call former New York Daily News sports editor Teri Thompson to swear to her, falsely, that the Levinsons had no knowledge of the PED taking by the clients, and that he alone is responsible for Cabrera’s failed test. In the lawsuit, he claimed the Levinsons promised to “take care of him” for taking the fall.

Nunez’s suit further states that the Levinsons “kept every dollar they still owe (Nunez) for carrying out their dirty work.

Well then. That’s quite the list of allegations by Nunez, but does anybody here think he’s making it up? Before we get into that, I had an issue with Heyman’s report. He has this line in there, “ACES is one of the five biggest agencies in baseball, and has reputable big-time clients such as Jon Lester, David Wright, Dustin Pedroia and tens of others, most of whom have never been connected to PEDs or any sort of wrongdoing.” Okay, so if they’ve never been linked to PEDs or wrongdoing, why mention those three by name when ACES has “tens of others” under their umbrella? I wouldn’t be happy about being named in that story for no reason if I were Lester, Wright or Pedroia.

Anyway, I think it’s safe to say that this is far from over. These are pretty heavy allegations, and if Nunez wants to win his case, I would assume that means he’s going to have to supports his claims with facts, which means they’re gonna want to hear names and see proof. Who are the players that ACES has directed to PED suppliers and who are the PED suppliers? How can you prove this? Do you have emails? Text messages? Receipts? Can Nunez prove any of this? I’d be willing to bet he can, especially if he was that heavily involved in the Cabrera coverup.

As this plays out, I think we’re about to see a wave of ACES clients drop the agency as their representation. Just a bad look to be linked to them now. But it’ll be interesting to see what names, if any, are exposed as PED users as a result of this lawsuit.