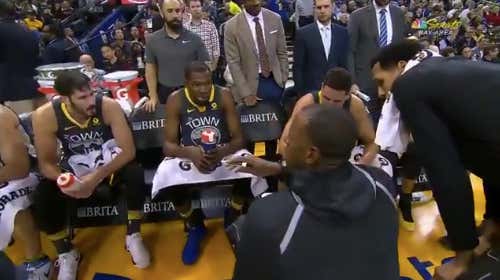 What a move by Steve Kerr. So direspectful and great for a couple reasons. One being his ties to the Suns it probably feels pretty good to shit all over them, and the other the fact that he thinks so little of the Suns as a team that he doesn’t feel the need to coach. Did you think he became the fastest to 250 wins by coaching? Steve Kerr knows better than anybody to let his players take care of it and ride into the W column. What a finesse this guy has going if you really think about it. He can not coach and the team still wins with Walton, and he can let Iggy coach what is currently just a 6 point game as I type this.