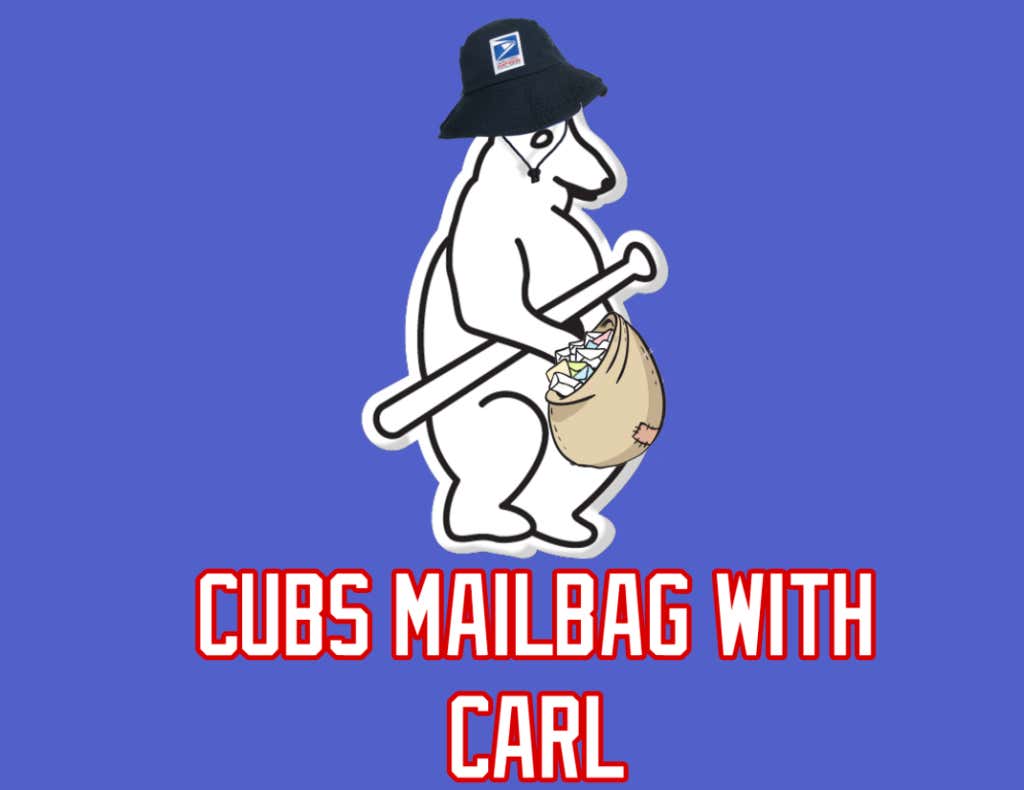 It’s Pitchers & Catchers Reporting Eve, which is apparently now a thing. And with that comes inevitable news that literally  e v e r y o n e  is reporting to camp in the best shape of their lives. The veterans, the new guys, the bat boys. Everyone. It’s like Spring Training doesn’t officially begin until I’ve read at least a dozen reports on how everyone REVAMPED their offseason routine… Schwarber went cold turkey on the cold cuts this winter and it’s really paying off, guys. This is where Big J’s really shine.

Personally, I’m slowly warming myself up from a blistering offseason that featured just enough news to keep those bitching about the lack of news employed. It’s been strange no doubt – but immensely necessary when you consider the free agent market in recent years. It’s been on a steady 20 year path of THEY GAVE HOW MUCH MONEY TO THAT FUCKIN GUY?? to now being dead overnight because the supply of active, sincere bidders for free agents has plummeted.

The end result is opening a whole new “Back In My Day” sentiment from the established baseball community. Back In My Day baseball owners negligently handed out high 8-figure, multi-year contracts to replacement level veterans. Back In My Day teams signed their free agents without consulting medical trends and data analytics. Back In My Day we blew money, HARD, because teams actually cared about their fans. Get lost.

There’s a new age in baseball and this offseason has accelerated that realization. The smarty-pants have won the war on decision making and we are living the consequences. So be it. Theo has blazed this trail and I’ll be damned if he doesn’t keep it roasting for the indefinite future.

On to the mailbag!

Rotation in this order: (1) Lester (2) Hendricks (3) Darvish (4) Q (5) Chatwood …. I want Darvish and Chatwood to benefit from a fresh bullpen by being sandwiched between Hendricks and Q as they tend to throw more innings per start.

I like Philadelphia. They have the money and motivation to sign someone long term to support the build out of their own homegrown talent. Jake can be that guy, and there’s mojo from the Super Bowl to keep Philly fans happy and I’m sure that influences the club’s willingness to meet his price.

My understanding is that Jake is looking for the absolute best deal plain and simple. He’s won his hardware, battled through the bullshit beauracracy of professional baseball and finally earned a spot for his mega deal. It hasn’t come yet but the fact that he turned down the Cubs allegedly on similar circumstances to Darvish tells you what he’s after. So to that, I don’t think the Cubs want to lock him up for a year, although I love the idea.

I think it’s a matter of time before you see a big name sign one/two years for an absurd high amount. I’m talking true mercenaries at about 130% of their annual salary. What would Mike Trout make? $50 million? The first big name to bet himself like this will be the ultimate alpha. Is Jake that guy? Probably not at this age but under the circumstances in 2015 I think we can see him doing that.

Key here is “in the rotation” otherwise you’d have to obviously go with Justin Wilson because he sucks at everything else. Little zig-zag analysis but it works. Outside of him and inside the rotation, I’d imagine Lester is slightly better than Hendricks because Lester is a raging psychopath/big game competitor. So follow up question is Name a bigger stage than the Winter Olympics and follow up answer is there are no bigger stages. Period. So Lester has an edge there, right? Same time Hendricks is kind of a certified big swinging dick when it matters and you have to believe his control translates to the rink. We’re talking about world class athletes here, and Hendricks has world class finesse amongst all world class pitchers so that has to count for something. Final answer Jon Lester because that’s an easy bed to sleep in when you’re wrong. Hendricks close 2nd because deep down he’s probably a better curler.

In a perfect world, Zobrist starts 80 games, plays in 140 and performs slightly above average in most offensive categories. That means Javy and Almora and Schwarber are obviously doing their job, but I don’t think they ever get to the point where Zobrist gets completely phased out. Joe loves rest, and there’s plenty of depth to provide it. I think if Zobrist underperforms again this season and fades away next year there could still be a reasonable debate as to whether the contract was a win for the Cubs. That’s so far down the road to consider, but for now let’s do it because I’m running this mailbag and I call the shots.

Yes. The Zobrist deal would be worth it under those circumstances. World Series are a dime a dozen provided that dozen means every hundred or so  fucking years. Zobrist had too much of an impact on the 2016 club to argue otherwise.

I’m not saying they can’t win 100 games. This club definitely can now with Darvish in the fold but there’s just so many things that have to go right that it really becomes an absurd prediction. Cubs fans should have learned our collective lesson together after 2017. Expectations are division championship, embarrassing both Milwaukee and St. Louis, several All Star selections, multiple season award finalists, significant progression in hall of fame resumes and obviously a deep postseason run. Nothing too serious, obviously, which is why I’m gun shy on a win total. Whatever it takes to accomplish all of those things. In other words take the over.

I imagine fairly upset but that’s just speculation. I honestly don’t know how upset they will be and frankly if you know anyone from Wisconsin please go ahead and tell me when they get mad. Roll your eyes cheese heads but what’s fair is fair. You’re darn tootin the whole state of Wisconsin STINKS at getting mad. Place is fucking crawling with nice guys and it makes me sick.

Idk about opening day but he will definitely be the regular CF to start the year. Minor technicality but that’s life with Joe.

Don’t be deceived by Gimenez’s putrid offensive output. I know it’s hard, but he’s a good backup catcher which means he’s likable, durable and calls a good game. As an added spin zone, consider the fact that Gimenez posted a .7 WAR in limited time during 2017, which increased his career WAR to a total .5. So, technically Gimenez outperformed himself by infinity% because he went from negative to positive and the laws of math don’t allow for such mental gymnastics. It is, however, safe to say that Theo got in at the right time. So yes, I think Gimenez cracks opening day roster regardless of Yu. The fact they signed his guy only strengthens if not SOLIDIFIES his case to be on the opening day roster. (That was a big J sentence.)

Russell because I want the continuity defensively, which is a smarter way of saying he and Baez need to be up the middle every fucking game possible. I can’t put it any other way. Unless it’s a clear rest day, or Zobrist has the obvious advantage, Russell and Baez need to be next to one another literally every single game. I need it. This organization needs it. The stoolies need it. Your dead grandparents that loved the Cubs would want it too.

Schwarber obviously is important and no shade to his development or anything. Guy has busted his ass. It’s just that push comes to shove the SS will be more important than the LF on every single team not starting Barry Bonds.

If history is any indicator, probably directly into the ground on the right side of the field with the occasional pop out to all parts of the infield including foul territory.

In all seriousness though, I can’t imagine he has gotten any better. Idk if it’s possible to get worse. But at this point I just phase out his offensive production when thinking about the team because it is legitimately that insignificant. He stinks and we are stuck with him plain and simple. Arguing otherwise would present a material flaw in your critical thinking skills. Heyward has been a bum and no amount of algorithmic evidence of his baserunning efficiency will convince me otherwise.

This is Theo Epstein’s guy more than Theo Epstein has ever had a guy. Ever. Anywhere. Ever. If you’re telling me Theo has a guy, and Theo WANTS that guy, then I’m telling you Theo is getting that fucking guy. Ipso facto Harper will be a Cub. The 10% is for catastrophic injury, suspension, etc.

I’d tell Almora two months ago if it were up to me that he’d be the leadoff hitter if he proved he could handle it in spring training. Fact is he needs to be now and in the present. Javy, Russell, Rizzo, Heyward, Contreras, Bryant, Schwarber… they’re not going anywhere. It’s Almora or it’s somebody who got traded for Almora or Javy/Russell and I don’t see that happening. So it has to be Almora, which is why you need to tell him it has to be him. Almora loves this shit more than I can possibly try to explain. He wants to be the guy. So you give him the confidence proactively and then let him work through his shit throughout the offseason.

Consider a few facts about Morrow: he’s new to relieving. Relatively speaking. This is a recovering prospect trying to find his permanent career as a shut down reliever and he did enough to impress teams in limited action that he was worth over $10m annually to be that guy. So he’s obviously capable. But more importantly, he’s a fresh reliever.

Another warming fact: Morrow is a big fan of Jesus Christ. Hear me now and believe me later, that matters at the back of the bullpen. Obviously you can’t have too much of the testament because then accountability flies out the window … God didn’t give me my stuff today. I think Morrow is in the sweet spot. Fears God but doesn’t hold Him personally responsible for suffering/failure. It’s a nice mix.

So with all of that said, I think Morrow as a closer is a much better fit than Joe Public realizes now. I think his save total should be over the 25 mark but he’s hampered significantly because Joe plays musical chairs. Also, Morrow probably gets stretched for longer outings because as we see every year in every October, your closer is going for way more than the 9th. I think Morrow could flourish in that role, but that will eat into his appearances in regular season.

I don’t really know if vindicated is the right word. It’s more satisfying because stoolie support was bizarrely strong. Like I clearly mishandled the Darvish situation and got body bagged by some really respected folks in the process. At least in my opinion. I see BBWAA and that fuckin means something to me you know? So to see some of them filling their echo chamber with subtweets about my fuck waddery was pretty disappointing. Like my scoop missed. Kinda. But when the big dogs bomb it’s an exercise in journalistic fortitude. One big industry circle jerk  bukkake’ing the mentions with blue check marks and thoughts of well wishes. Get em next time [a general manager hand delivers a scoop to your breadbasket]! But I digress.

This time it was stoolies filling up Ken Rosenthal’s mentions and Bob Nightengale and all that shit telling them to source me. It was hilarious watching it unfold, and it was immensely satisfying to see the stoolie support reach to the depths of my Cubs coverage to the extent that it did.