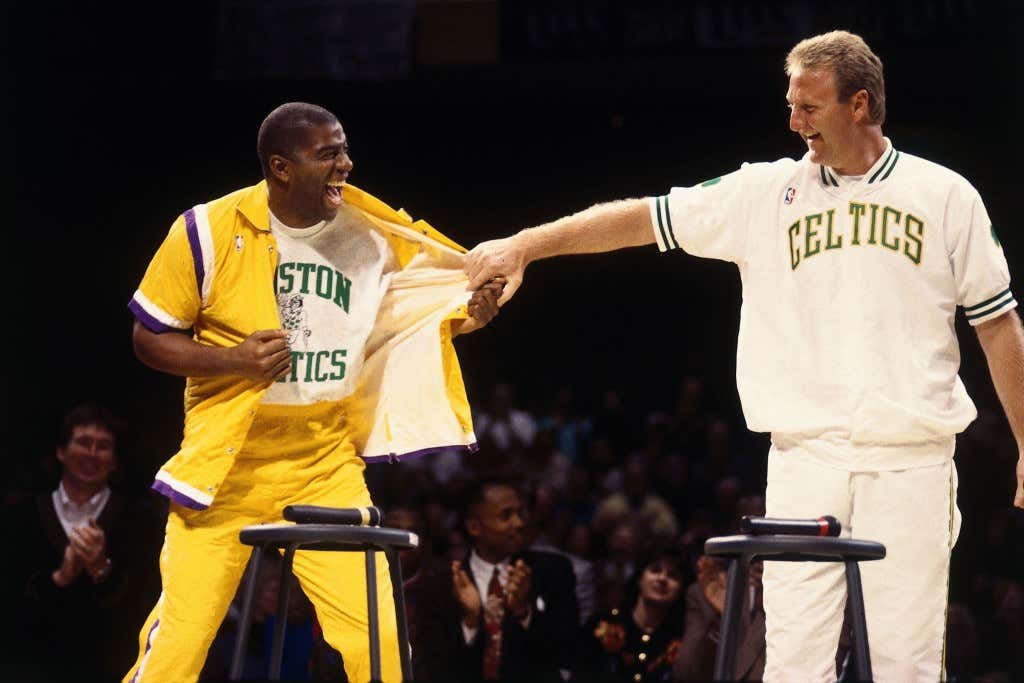 You may have heard, but yesterday Paul Pierce saw his number go up to the rafters. Once I composed myself I was looking for anything to keep my mind off what a disaster the Celtics game was. The result was I found myself going down a deep hole of jersey retirement ceremonies. Maybe it’s because I was emotional, but I love these things. I love seeing legends getting honored, no matter who they play for.

Then I thought, “hmm…there are probably stoolies that weren’t even alive when some of these happened, so why not take the day and show them?”

but then as I got deeper and deeper on YouTube, things went all over the place

and on and on it went. Even if you aren’t like me and could give two shits about all these legends getting their day, I at least just gave you like 15 videos to help kill time at work on a Monday so you’re welcome.