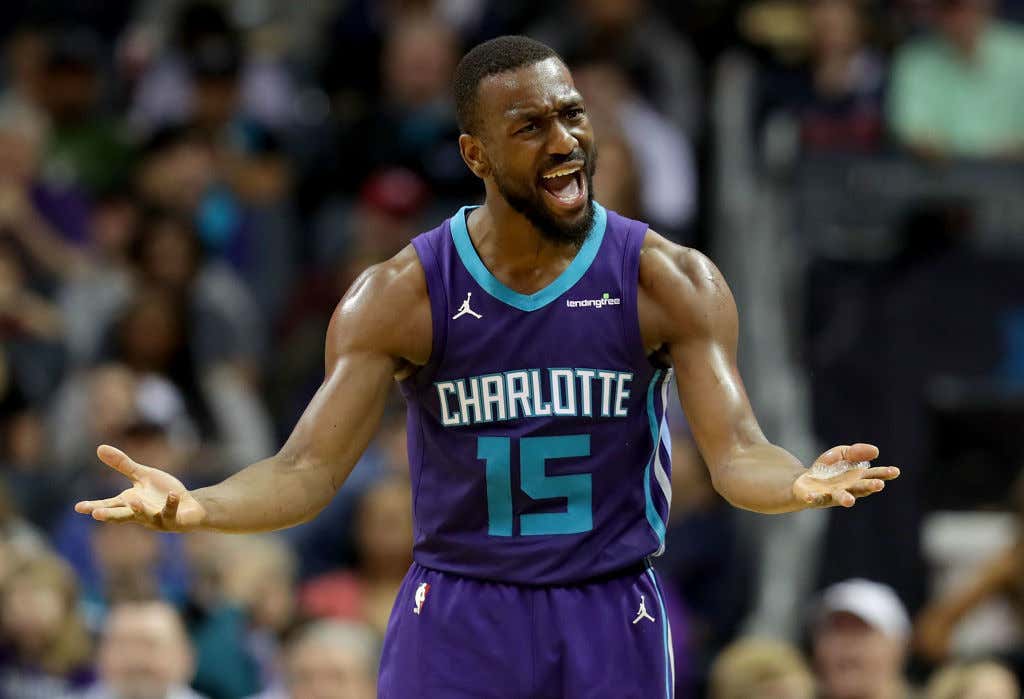 Happy Monday everybody and welcome to another edition of Last Night In The NBA where we catch you up on everything that happened from the night before in the Association. Even with no football there was plenty to keep yourself occupied and put off your Sunday chores with 8 total games, but not everyone had a good time. Some teams are really struggling, some are seeing their honeymoon phase wear off, some are begging for the All Star Break already. Either way a ton of shit went down, and if you missed any of it, here’s what happened

Ignore Toronto all you want because it’s the regular season, but they just keep on winning. Sunday’s win was their 5th in a row and 7 in their last 8. Over the course of this streak they’ve reached over 120 points 3n times (one loss they had 119), and in no game in their current 5 wins did a team score more than 105 points. The Raptors are playing the best basketball in the East at the moment, and that’s not really debatable.

In this win, they never had a quarter under 28 points and finished strong with the fourth quarter being there highest scoring quarter of the night. DeRozan did his thing per usual with 25/8 on 10-19 shooting

and even on a night when Kyle Lowry was quiet with just 12 points, DeRozan had all the help he needed with CJ Miles and JV combining for 45 points on 17-25 shooting

Good luck beating TOR when they have 56/48.6%n splits, make 18 threes and turn it over just 12 times. It’s not happening. You have to give credit to the Raptors, because their schedule got tougher and yet they still win. As of now they are tied with CLE for the 16th hardest schedule to date, and they way they’re playing they sure look like a potential #1 seed,

For CHA, they didn’t blow it up at the deadline and ya know, maybe they should have. A full 6.5 games back of the 8th spot in the East, there isn’t much to be excited about in CHA at the moment. Even when Kemba goes for 24 and Dwight snags his 35th double double in 56 games

What a lost season for the Hornets this has been.

The full blog is coming. Here’s how I would sum it up though

Remember when the Pistons were winning 5 in a row and looked great post trade and had a real shot of catching PHI in the 8th spot? Well, they’ve now lost back to back games and losing at home to the fucking Hawks certainly puts a damper on all the good feelings.

and the Pistons didn’t really have an answer for Dennis Schroder either who finished with 23/7 on 7-13. The Hawks are on a weird little streak where they lose two games, then win two games, then lose two games. This was just the first of that trend. If not for a 2 point loss to ORL, this ATL team would be winners of 4 of their last 5. Not great for their lottery pick but great news for the teams around them.

For DET, even with a beastly performance from Blake/Drummond, it wasn’t enough

Reggie Bullock continued his strong play of late and had 20/5 on 7-13 shooting, but that wasn’t good enough eithert

With the Sixers winning 3 in a row, and DET now dropping a couple, they now sit 2 full games out of the final playoff spot. While this loss coming away from home, their problem continues to be playing on the road where they are 9-17. This is 3 full games fewer than any current top 8 team in the East.

At the start of the year, the Pacers were projected by many to win somewhere around 30 games. Well, it’s mid February and they just snagged their 32nd on the year. Pretty impressive by them and shame on us on the internet for declaring them dead before we ever saw this group play. Everything from the 3-8 seed is in play for them, and they’re playing well, 7-3 over their last 10 games.

What a year this dude is having my word.

But he wasn’t alone. The Pacers shot 50% from the field for the game and got great efforts from Bogdanovic who had 20 on 8-13 and 4 made threes

For NYK, the season maybe had some hope while Porzingis was still around, but since he got hurt, it’s tank season. Having said that, it was also the start of the Emmanuel Mudiay era in NY, here’s how it went

14/10 on 5-14 shooting, not terrible! In fact, the Knicks didn’t play that bad in this game, in fact things were pretty balanced with 6 players with at least 14 points. They just couldn’t get stops, which is pretty important when you’re trying to steal a game on the road.

No one is surprised at this outcome, but I was a little surprised with how close it was considering HOU had their full roster. In not so surprising news, James Harden and CP3 combined for 52 of the 104 points

Against any other team this may be a problem where only Clint Capela is the only other starter in double figures and Eric Gordon goes 2-11, but this is what good teams do. They win games even when they sneaky play like shit.

For DAL, there was the Dennis Smith Jr battle that you just watched above which was ufn, he had 16/11, and guys like Yogi and Powell played well, but none of that is important. If you’re a Mavs fan this is all that should matter to you right now

Take it from someone that has a blessed player on his favorite team that is 40-18. This is big. Congratulations.

Crazy what can happen when the TWolves actually use their incredibly talented big man!

KAT led the team with 17 FGA, and was a complete force that the Kings had no chance of stopping. This allowed guys like Wiggins and Butler to not have to force things, as both finished with extremely efficient nights (7-13 and 5-9).

In typical MIN fashion they made you sweat this out given how they played in the 3rd quarter where they scored just 19 points, but they finished strong, winning the fourth 36-26. Every starter in double figures and an overall 50% shooting night, the TWolves needed this win to snap out of their funk and stay close to SA in the standings. Just 4-6 over their last 10, at least they can feel good about their chances when playing at home, where they lead the West in wins with a 23-6 record.

Much like MIN, OKC needed this win. They’re just 5-5 themselves over their last 10, and nothing cures the stink of playing poor basketball like playing some of the worst teams in the league. Even shorthanded without Westbrook and Melo, they still have Paul George who you may or may not know is pretty decent at this whole basketball thing

With guys out, others have to step up and that’s exactly what Alex Abrines did

For MEM, did they ruin Evans’ momentum by sitting him? He had just 12 points on 3-11 last night, and Gasol was their best option with 18/6 but he shot 6-14. Don’t worry, I won’t show you any of the highlights because I care about your well being and I don’t want you to throw up at work.

OK, so UTA is #ActuallyGood. They got healthy, and BOOM here we are 9 wins in a row later. They’re climbing back into the playoff discussion and have beaten teams like TOR, GS, SA, and now POR during this run. That’s legit. It starts with Donovan Mitchell, who had 27 in this game

and in his debut for the team that his Dad played for, Jae Crowder looked so much better than he did in CLE with 15

I’m rooting for UTA to make the playoffs for sure, that would be an awesome story given all the injuries they’ve had, and even if they would lose in 4 or 5 to GS, that would be a hell of an accomplishment given where they were.

For POR, this was a classic case of Dame/CJ dominating

They had 61 of the 96, but the problem was no other blazer showed up. It doesn’t help that Nurkic went out in the third quarter with lower back soreness and hip pain, and for a team that is fighting for their playoff lives with each game, that’s not great.

And that’s it! You’re now all caught up on everything that happened last night in the NBA. We have 6 more games tonight including NO/DET, NYK/PHI, SA/UTA, and late night if you’re a degenerate GS/PHX. As always if you miss anything you can check back here tomorrow and I’ll fill you in